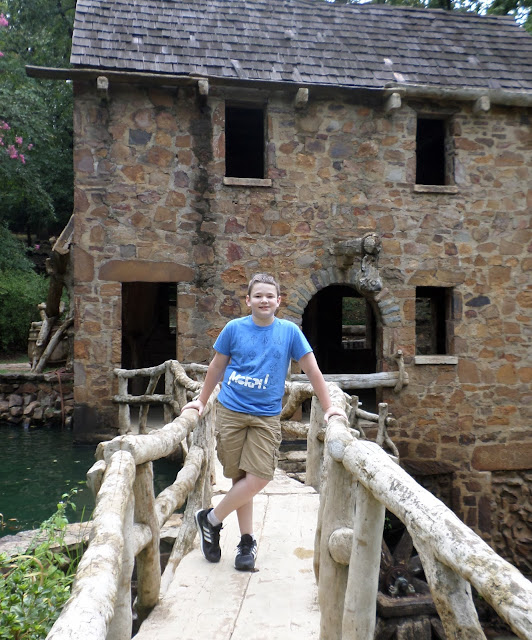 I always say that every stage is fun, and I mean it. It still boggles the mind that my baby, my little boy, could be so very big (yes, almost as tall as his mama, which delights him to no end). But, I'm enjoying it. There are days when I wish this mama's boy was still small enough to hold in my lap for some good, long snuggles. But, I'm in awe of how much fun it is to watch him - all of my kids - grow up. 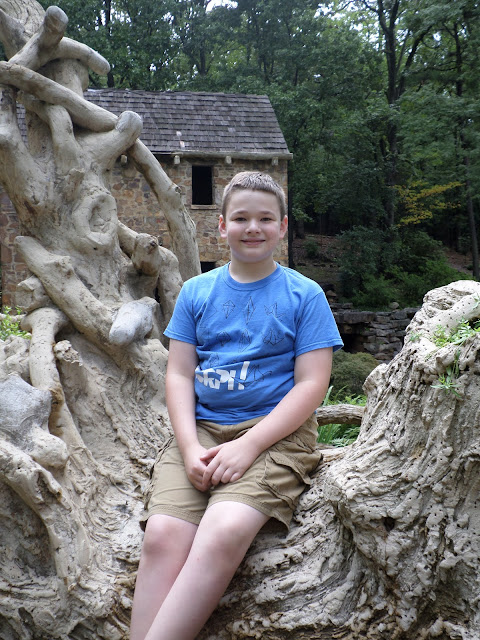 I honestly didn't expect to see so much change in Steven over the past year. He's not one to embrace change readily, but it seems to have embraced him! 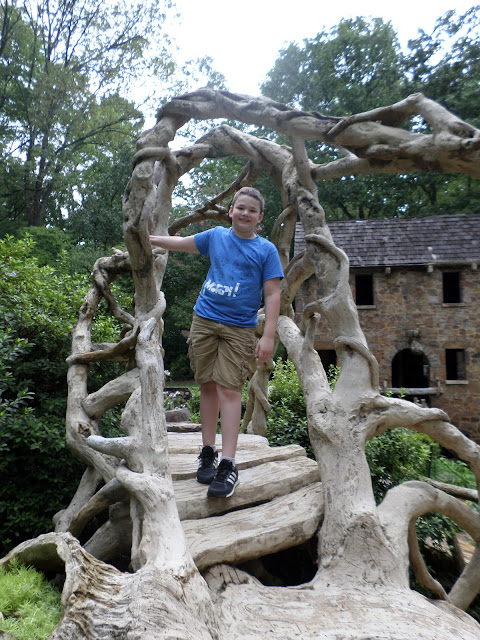 Many things have stayed the same. He still loves Legos and airplanes and animals. The way he loves those things has matured, but he still finds great joy in them. I especially like watching him with the animals - not just his dog Cookie, the family cat Smokey, and Angie's cat Rose, but also with other animals. The day we were taking his birthday pictures, the turtles were out in force. He went to get a closer look, and one swam right up to him (probably looking for a handout!). Steven enjoyed a nice little chat with the turtle before it swam away. 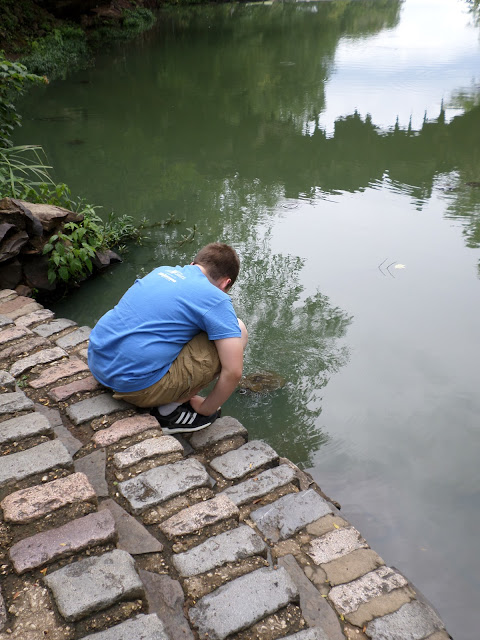 He still loves to get up early. In fact, one of his birthday requests was to be able to sleep in (until about 6:15), but still be the only one up for at least thirty minutes. Despite being a clone of his father, he does take after his mama in that way, enjoying the peacefulness of time to himself first thing in the morning. 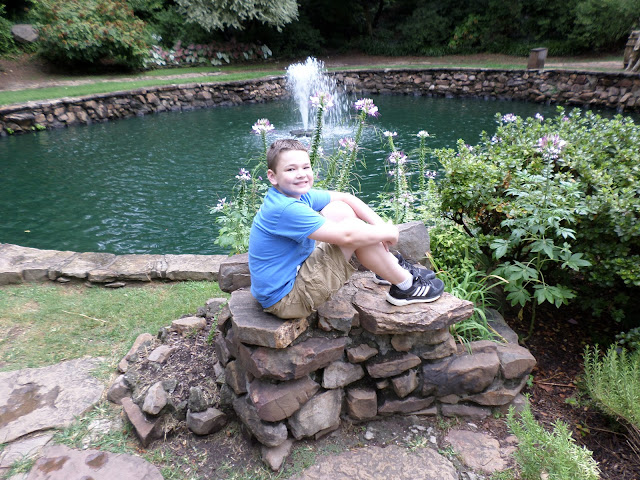 Steven also remains my most tenderhearted child. He empathizes so beautifully, and although he never likes to draw attention to himself, he is also not ashamed of the fact that he feels deeply. One thing that has surprised me has been Steven's budding social interaction. This child who, once upon a time, would not even look at people outside him immediate family now strikes up conversations with complete strangers. He has loved building a relationship with the postal, UPS, and FedEx delivery folks who come to our house. If he knows a UPS package is scheduled to arrive, he plans his day around getting to run out and say hi to and check on his favorite delivery guy. Occasionally he even comes back in with prayer requests to share. 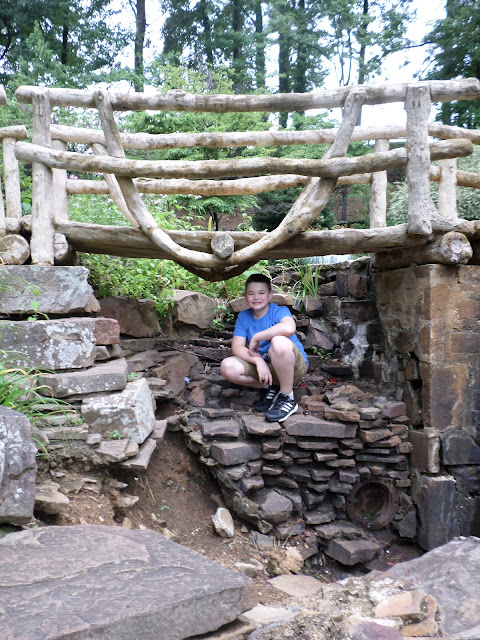 The sweet, tenderhearted nature does not mean, though, that he's above teasing and giving people a hard time - especially his sisters! Steven will gladly join his father in a bout of "grab the cow" or "steal the hat" to tease his sisters. He adores them both, but he also loves fulfilling his role as little brother, which has to involve giving them a hard time now and then! 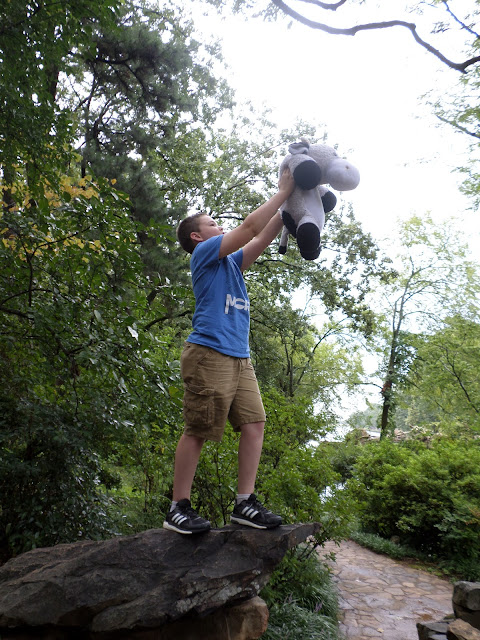 In the past few months, Steven has also blossomed in his interests. I anticipate that someday he'll go into a field such as mechanical engineering or computer programming that helps him learn how to build the machines or technology that he loves. 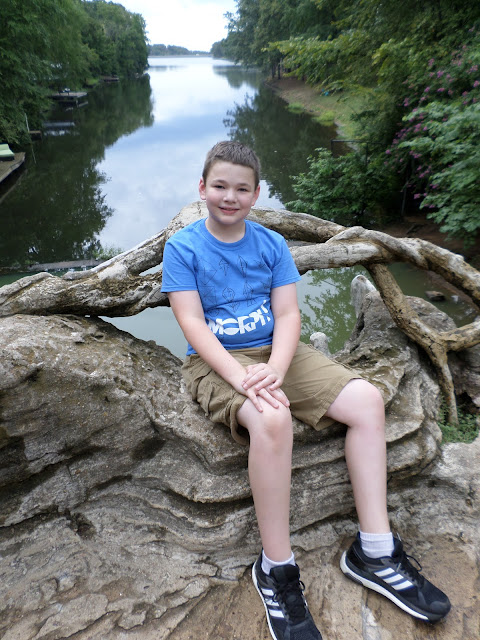 But, no matter what he does vocationally, ministry will be a part of it. He can't help it. It's an innate part of who he is, and he's fully aware of that reality. Whether he ends up in full-time ministry, part-time ministry, or just ministering in whatever secular career he pursues, ministry is in his future as much as it is in his present. 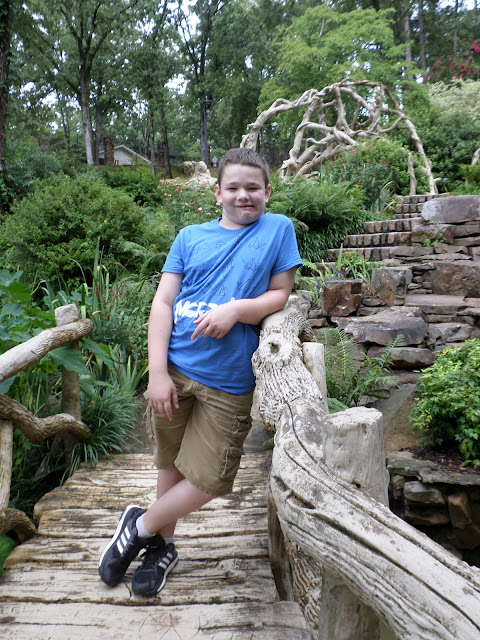 But, so is drama. This summer, the dramatic side of Steven has exploded! He's always been a little goofy, but suddenly he is completely unashamed to be wide open. 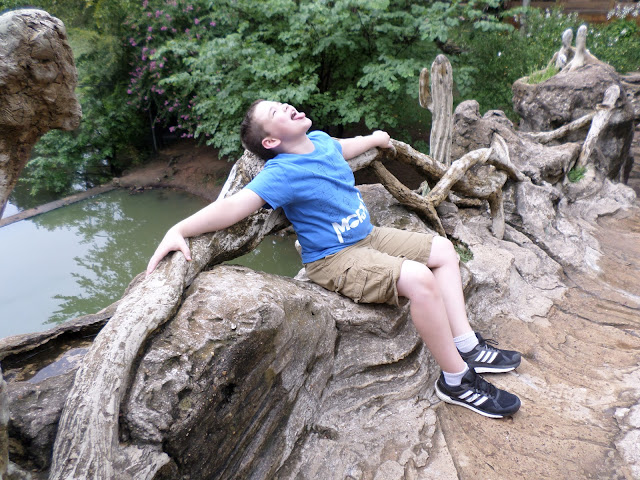 The hesitancy he's exhibited in the past to perform in any way is fading fast. Even this past spring, he was unsure about the opportunities ahead of him for being involved in choir or drama. Now he can't wait! He's very excited about the prospect of joining Angela in helping organize drama presentations at church and encouraging others to be comfortable in expressing themselves. 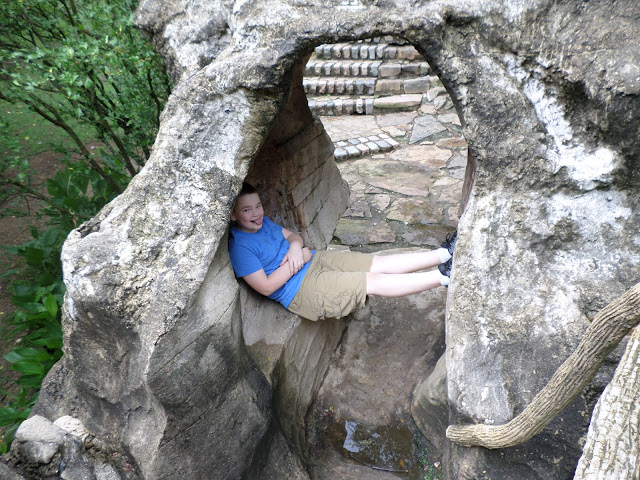 And he can't wait to join Arkansas Youth Chorale in a few weeks. 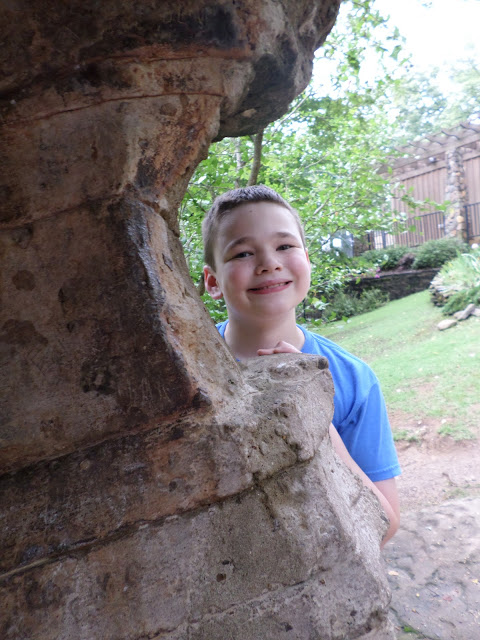 So many changes. So much growing up. So much fun. It's been a great year, and I'm excited to see what the next year holds.

I'm proud of you, son! I love you immensely, and I'm so thankful that you're still not ashamed to let me know you love me back.

Choate Family said…
Ann, I love the way you document your kids' physical and emotional growth with their birthday posts. It's so fun to watch our children mature :-) Happy birthday, Steven!
August 13, 2018 at 10:30 AM