Motherhood is an amazing thing. There is the "child who made me a mama" feeling that is so powerful. But then there's being the mother of the child who shows you all of the extremes. The ups and downs. The depths of inadequacy and the heights of pride. That's the joy of being Angela's mother - a joy I've known, as of today, for fifteen years.

Over the past year, the transformation from middle schooler to high schooler has been made complete. It's amazing and beautiful to watch the growth that occurs mentally, spiritually, and emotionally from thirteen to fifteen. 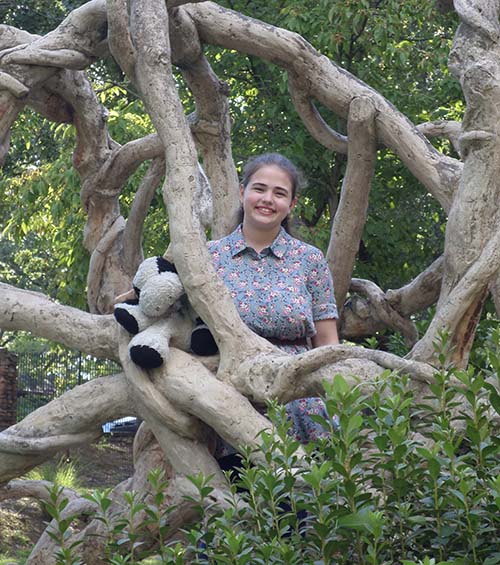 The fun girl is still there. The cows. The dolls. The frills. I think that will always be a part of Angela's personality, even as the reflection of that side of her changes and matures. And she definitely has matured. 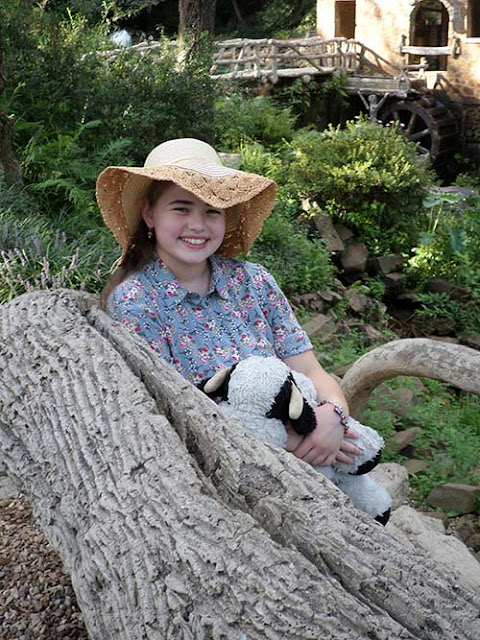 Although at least one cow still accompanies her most places, it's very different from the once-upon-a-childhood love of carrying a stuffed animal around. Instead, it's a way for her to express the fun side of herself. As an introvert, Angela has learned that certain things help break the ice when interacting socially. Certain things like cows and fun hats and knitting and crocheting. 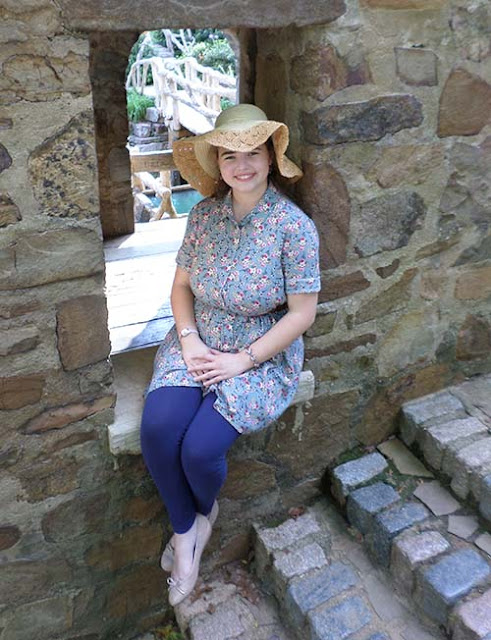 Angela's social presence is one of the things I've loved watching over the past year. Although she will always prefer being away from any sort of crowd (and her definition of a crowd chooses a much, much smaller number than most other people - even other introverts - would use to define the word!), she is learning just how she best engages. 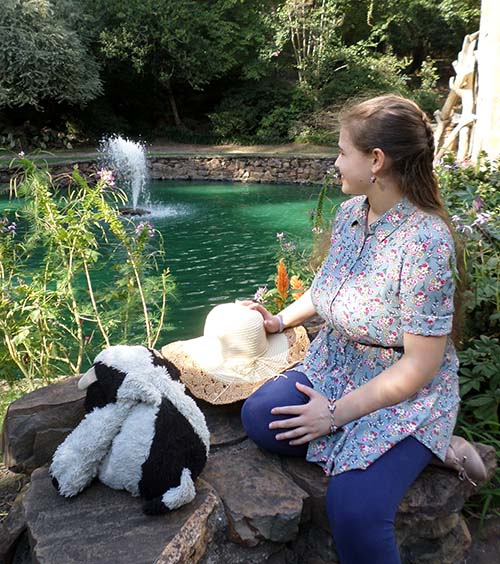 Although she's never been a "look at me" kind of girl, the stage is actually where she's most comfortable. Music and drama allow Angela to express herself, even to the point of helping her learn how to more easily engage in face-to-face conversations. 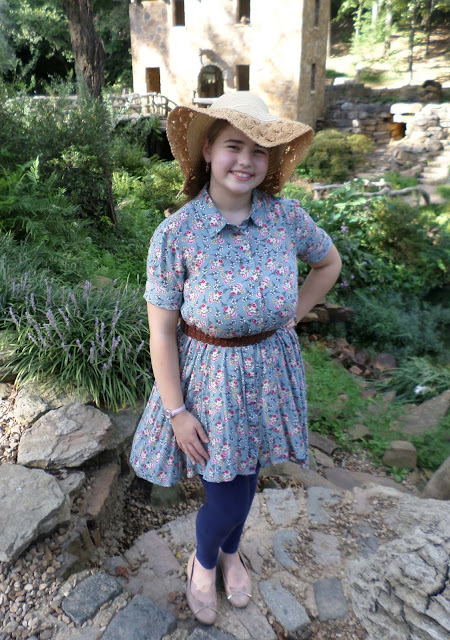 Angela's singing voice has matured greatly over the past year as she's helped lead worship for the youth on Wednesday nights and participated in special music on Sundays. At PraiseWorks this summer, she auditioned for the morning student-led praise team for the experience. She was actually thankful she didn't make it, though, because that allowed her to participate in a drama track. But, she'll try again, without a doubt! Meanwhile, participating in the evening worship choir remained her absolute favorite part of PraiseWorks. And, it only took one rehearsal with Arkansas Youth Chorale to know she was hooked on that as well. Her new choir friends welcomed her enthusiastically and with open arms, and she is so excited to be a part this year. 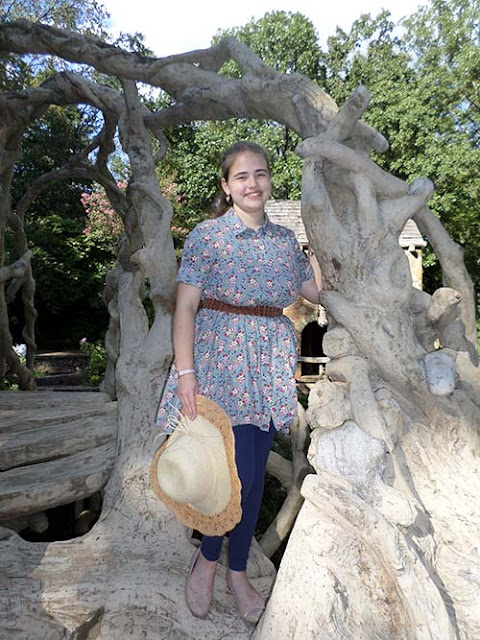 Sewing, knitting, and crocheting are still a daily part of Angela's life. Her current delight is doll clothes and stuffed animals, and she is constantly making one or the other. 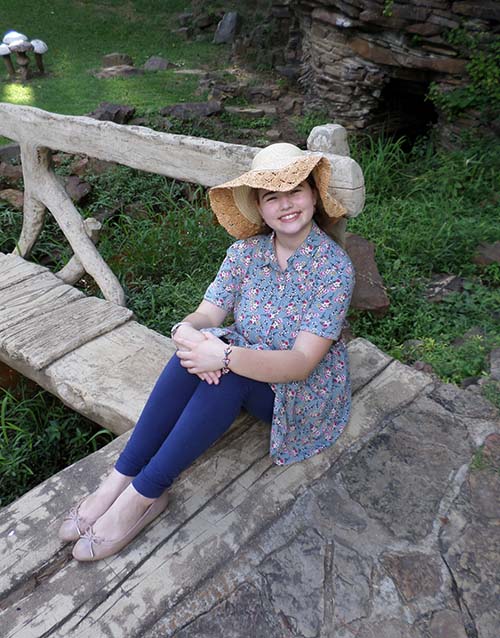 Meanwhile, she also loves to cook. Even as I type, she's in the kitchen making her own traditional birthday quiche, a recipe she's requested annually for the past twelve birthdays! She thoroughly enjoys baking, too, following in the footsteps of her dear friend Sarah. 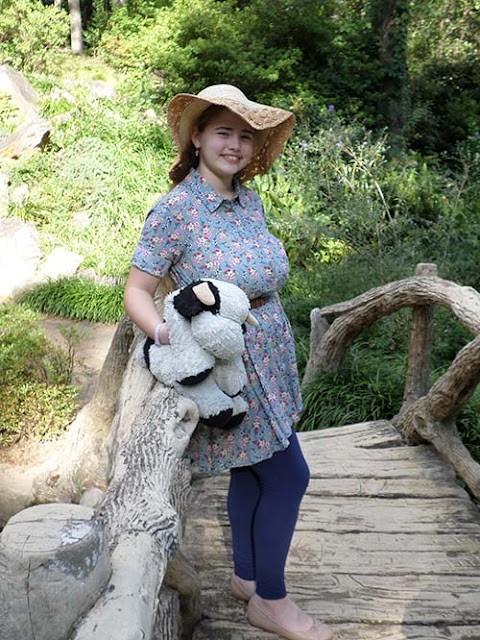 Her other birthday activity was to head to the library in honor of her all-time favorite activity: reading. It is quite typical to find her sitting cross-legged somewhere with a book between her toes, knitting or crocheting in her hands, and a cat in her lap. I definitely can't forget the cat. If she'd been able to take her cat Rose with her to the Old Mill for pictures, I'm sure she would have! Angela would happily have a dozen cats if we'd let her! 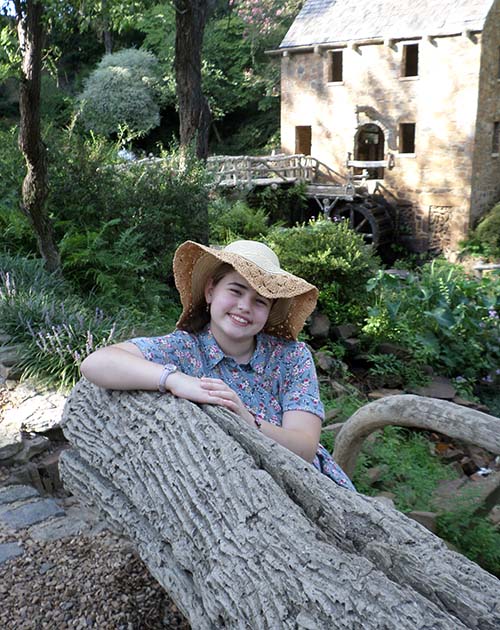 Yes, being Angela's mother has truly been an adventure. Sometimes overflowing with joy and other times more on the challenging side. But I wouldn't trade a moment of it.

I love you and am so proud of you, my precious middle child! Happy birthday, Angela!

Mary Ann said…
Love our Angela! Thank you for sharing your children with us! Love you all!
Mary Ann
September 4, 2018 at 3:32 PM