This is what my friend Jennifer walked in to when she came to pick up her son from our house Monday evening.

For the most part, it was Doug, Steven, and Read against Olivia. Angela collected fallen nerf ammunition for Olivia and I collected them for the guys. The battle roamed all over the living room/dining room/kitchen area. 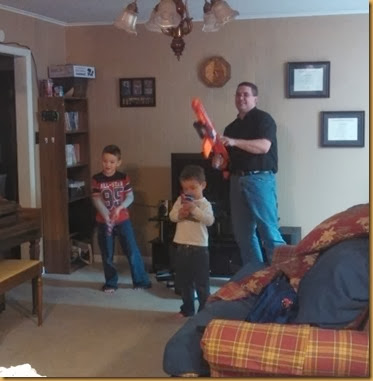 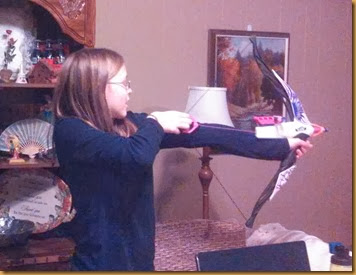 Angela eventually grew tired of the game, so she plopped herself down on the couch to crochet. Right smack dab in the middle of the action! 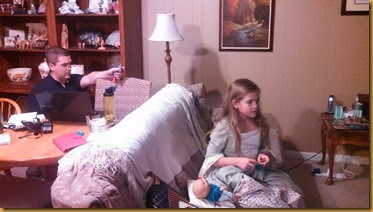 Olivia ended up behind the couch, so anytime nerf ammo would fall on Angie (which was frequent!), she’d just toss it behind her to Olivia.

I don’t think Read was exactly sure what to think when it first started, but he warmed up to it!