I’m running several days late on this one, but I have to share that my sweet big boy is now officially nine! His birthday was Monday (August 10), and we had such a delightful time celebrating our growing young man. 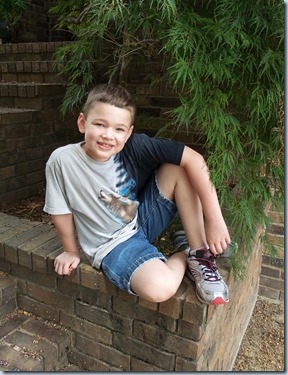 We’ve changed growth charts since our move, and the older one is stashed away safely…somewhere. So, I’m not sure how much he’s grown in height since last year (but it’s a good bit!). What I do know is that his looks have changed. I just stare at him sometimes and see a young man instead of my little boy. It is bittersweet, but I think I’d put the emphasis on the sweet. Watching him turn into a thoughtful, considerate, loving young man is very precious. 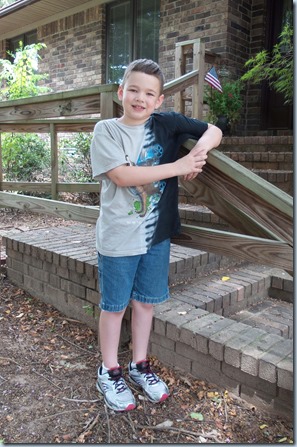 In the past few months, Steven has gone from being the oldest boy at church to being right in the middle of boys and young men of all ages. And when I say right in the middle, I mean that literally! He loves the “big boy” from the youth and college & career groups, and they are so sweet to him. But, he enjoys the younger boys, as well. Steven still wants a younger brother. Preferably one about three years younger than he is. So that’s what we’re praying for. God knows if there is a little boy out there who needs a big brother like Steven. He definitely has a heart made for welcoming a little brother into this crazy family! 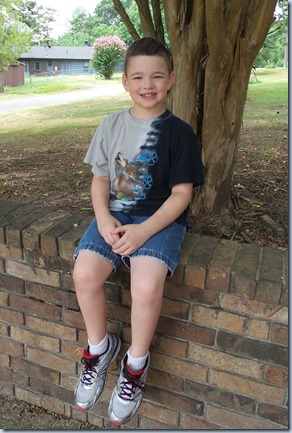 Over the past year, Steven has decided that he loves Huskies. We wonder how he’d handle a real dog, were we ever to have one. I don’t know. For now, he snuggles with his stuffed Huskies (and other puppies), loves on friendly dogs when he’s around them, and daydreams about one of his own. 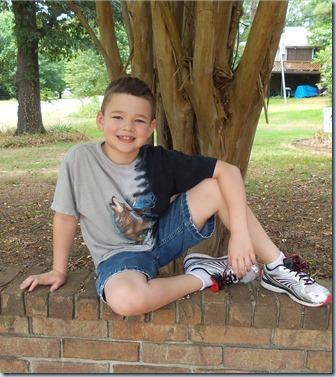 His love for Legos is as strong as ever, but now he’s learning to design more with them. It used to be simply following the directions for Lego sets or building very simple houses or cars. Now, though, he creates from his imagination. Okay, so maybe he creates based on Star Wars spacecraft, for the most part. But, his creations are increasingly impressive!

Oh, and then there are his complex domino trails, built to create intricate domino effects all over the house. 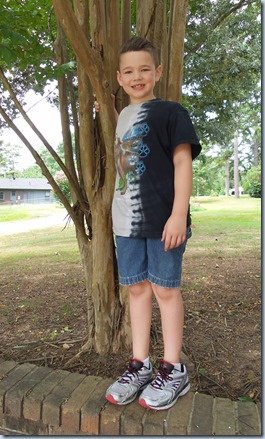 His sensitive, caring, attentive little heart wants to help continuously. He is definitely a servant! His easy-going nature finds contentment in companionship – a snuggle, a game, just a chat, or working side-by-side with one of us. I love watching his spiritual development as well as his physical, mental, and emotional maturity. 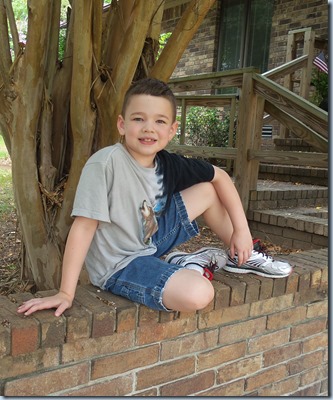 We look forward to the coming year and all it brings! Happy birthday, precious Steven!