(Okay, so it’s now Wednesday, March 16. Apparently I forgot to actually publish this yesterday! So, you’ll get a glimpse of Tuesday a day late.

In the great outdoors...clear blue sky, bright sunshine, birds singing, and the grass visibly and audibly growing after a week of rain. Fortunately, the strawberries, grapes, and trees are all showing signs of growth as well! Thankful for that after last week’s deluge, but especially after Sunday evening’s dime-sized hail. I didn’t know what to expect of the strawberries, especially, but we still have over 60 of the original 75 plants, even after the attack of the cat, rain, and hail!

Within our four walls...everyone wants to go back to bed. Between being sick last week and the time change Sunday, we’re just dragging.

A heart of thanksgiving...that Steven’s throat feels better! Poor thing endured one thing after another last week, thanks to the lovely blooming going on around us.

A heart of prayer...for the farmers. After five years in farm country, my mind automatically goes to how the weather affects farming. Last week’s flooding rains will have erased any field prep they did before the rain started and will delay getting back to it for several weeks. Praying for their peace and wisdom and for the ground to drain quickly!

Random observations...tone of voice is important. And it’s so hard to communicate in writing. Sometimes it’s funny, like in a Facebook comment stream interaction between my daughter and her father. It made for a good morning laugh!

Other times, though, it can be quite harmful. Just because we think a certain tone of voice when we’re writing does not mean others will read that tone. They will read our words. And they will interpret those words based on factors on their side of the screen (or whatever other medium is being used), not ours.

That’s why it’s so important to step back and consider what we write, using even more scrutiny than we should when we stop and think before we speak.

Okay, deep thought over. My brain’s too tired for too much more of that!

My silly children...are incredibly thrilled with the lack of rain this week! They’ve lost no time getting outside to work off some of that pent up restlessness.

Thoughts from the kitchen...a reminder that I need to go get a ball of pie crust dough out of the freezer. It’s been a while since we’ve had quiche.

On my bookshelf...I finally finished one review book last night. A short, kids books. Yeah. I’m slow right now. That’s just all there is to it. But, still onward and upward!

Projects...my desk needs a good spring cleaning. It’s terrible! I want to get it to the point where I can take the last five minutes of every work day and get it back in order. Every day. But that’s not possible right now. It’s far too chaotic. So, my goal is to get it to that point. Soon.

Sounds of the moment...birds. The cawing crows are trying to drown out the other birds, but I still hear those lovely tweets through the open window.

From Hibbard Academy...trying to get out brains back in gear after a week off.

A favorite thing from last week...the flexibility of taking the week off. And seeing Steven smile for the first time after several days of feeling rotten.

The planner...pretty normal. Women’s brunch on Saturday, but otherwise just the normal stuff. 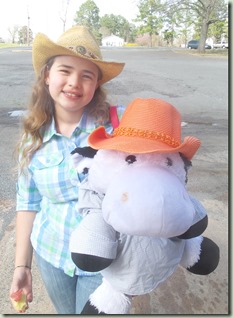 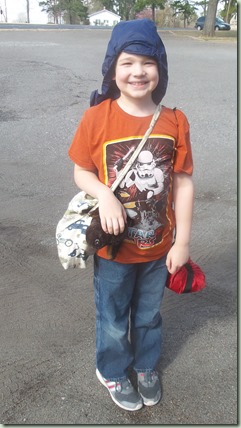 growing up so very fast 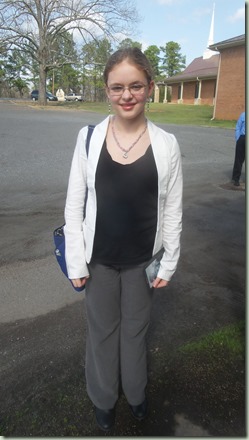