We are coming to the end of a precious day – the celebration of my brand new eight-year-old! I just looked back at last year’s birthday pictures, and I find it hard to believe that it has been an entire year. Then I look at the growth chart. Nearly three inches taller. Yep, it has been a year! 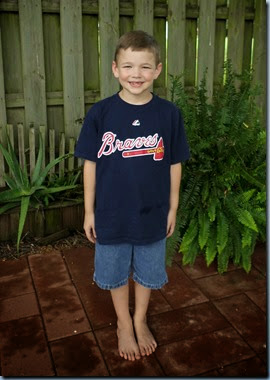 In so many ways, my sweet boy has not changed a bit. Last year I talked about his love for Legos and Star Wars. That is still the same. He still enjoys absorbing all sorts of fictional characters into his play. 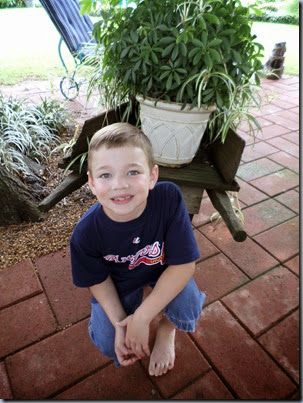 He still loves snuggles and is still a tremendous helper. He still races to the sink every time I start washing dishes. Sometimes he will sneak right in past someone else who just thought they would step in an help instead. 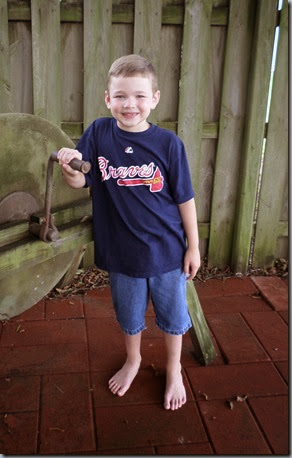 But there are ways he has changed. When the girls were at sewing camp four afternoons in a row, he entertained himself perfectly. Last year, that would not have happened. 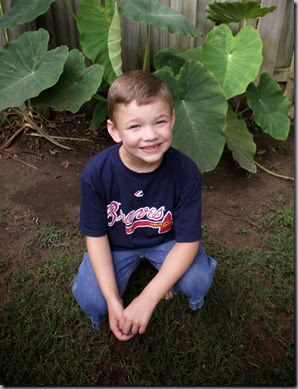 When it came time for Cub Scout Day Camp, he boldly and happily waved goodbye to us and joined in the play, even before anyone familiar arrived. Four years ago, Steven would barely speak to anyone outside our family. Now, he loves people. He is always sitting with someone else at church. 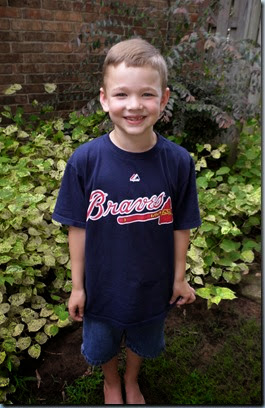 He tackled the Chronicles of Narnia this year. Like his sisters, he has now read most of the books multiple times. I believe he has recently moved on to The Hobbit. Earlier today he casually began opening his present from Olivia. Then he noticed it was a gift of books, and he suddenly could not unwrap the gift quickly enough! His excitement could not be contained. 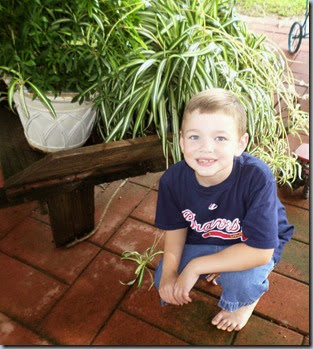 Steven is not too sure about school starting back, but he is definitely looking forward to getting back to Latin. And he is enthusiastically taking piano lessons from his big sister. 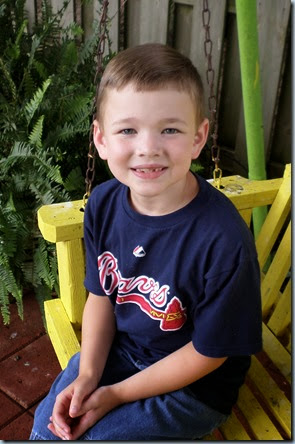 Happy birthday, sweet Steven! I cannot wait to see what God does in your life in the coming year!

Anonymous said…
So glad we got to party with you on Friday! Glad it was a full weekend of celebrating. From the photos, looks like we should have gotten this young man some SHOES for his birthday! Just kidding.......
Happy birthday again, Steven.

Herding Grasshoppers said…
Wow time flies! I think he was a toddler when I started reading your blog, and now he's such a handsome big boy! And a gentle, servant's spirit - well done :D