We have talked for YEARS about adding a dog to our mix of craziness. But, we just never felt like we were supposed to go looking for a dog. We had our cats, and we knew that God would let us know when the time was right. He’s always so faithful to do that! 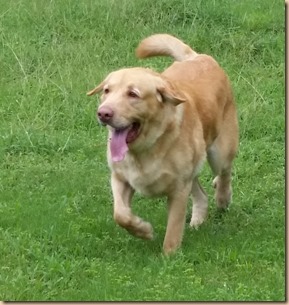 Well, when we were in Almyra a couple of weeks ago, we thought that maybe the time might be right. We met a beautiful chocolate lab temporarily nick-named Brownie. She was such a sweetheart, and we thought she might be worth taking home. 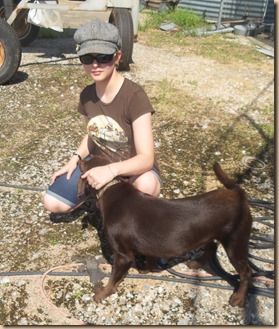 The more we thought and prayed about Brownie, though, the more something didn’t feel right. But, a few days later, we learned about Cookie. Cookie, an older dog, belonged to a couple we’ve known since college. They are making a HUGE life transition – leaving a pastorate at an established church to go help restart a church in Texarkana. Even though this church is in a formerly established location, it’s essentially a church plant, requiring a move, new jobs for both of our friends, new schools for their kids – and a new home for Cookie. 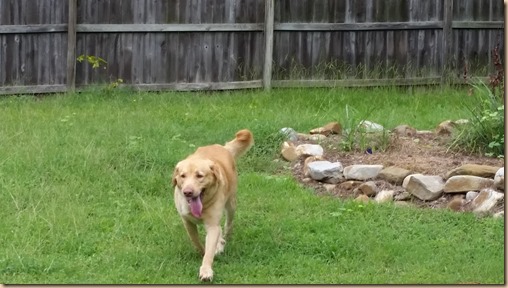 Something said that THIS was the dog we’d been waiting for God to provide. So, this past Saturday, we met his old family in Arkadelphia and loaded him up for the trip to his new home. He wasn’t too sure at first. As we pulled away, he barked and whined while watching his familiar people disappear. Every few minutes, he’d look out the back window as if to find them. 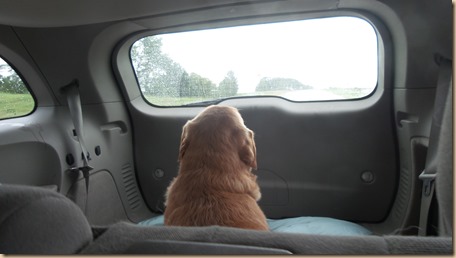 But, as soon as we got him into the back yard, he seemed to have a great time bounding through the grass and exploring his new home. 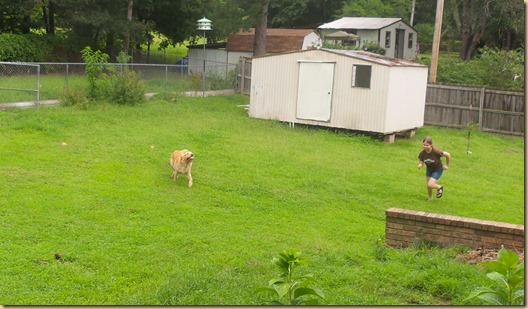 He quickly made friends with the kids, and playtime seemed to be mutually enjoyed by all! 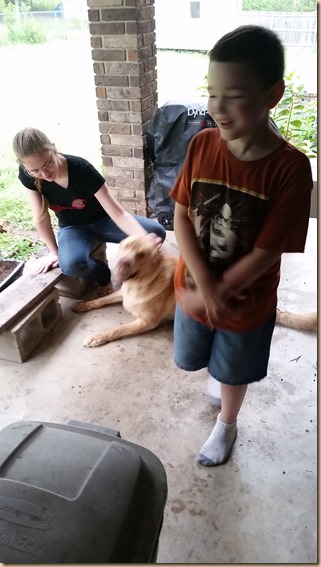 Especially when play time includes playing fetch with his ball! Although, as you can see, he isn’t always sure he wants to put the ball down. Ha! The kids just pull out another one and throw it, and he drops whatever’s in his mouth and takes off running. 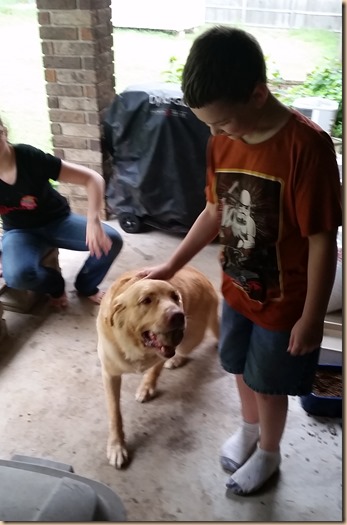 The kids (and the dog) didn’t even care that it was raining on Sunday afternoon. They still enjoyed a nice, wet game of fetch!

We hated to say no to Brownie (who is still waiting for a home), but Cookie just “fits.” He seems to be settling in well. And Smokey…well, he doesn’t even try to bother Smokey, but she stays as far away from him as possible. Maybe one day they’ll be friends, but for now we’re just thankful that he seems happy on his porch and lets her come and go through the cat door on her porch!

Best of all, as Steven says, this is one first step in helping our friends with this church plant. We look forward to helping in many, many more ways, but it’s fun to get to know that our delight in having Cookie is one little bit of help to someone else as they obey what the Lord has called them to do!

NWB said…
I guess Cookies are better for your family than Brownies!

Herding Grasshoppers said…
How exciting! You have a great back yard for a dog :D I bet the kids are having a ball!
Julie
August 22, 2016 at 2:38 PM