It’s a cloudy morning. Once again, we were supposed to have thunderstorms throughout the night, but they went south of us. We are frequently in a storm cavity where storms and rain are all around but miss us. We just got some rain and wind.

These, meanwhile, are a temptation. I didn’t need to know the dark chocolate version existed. 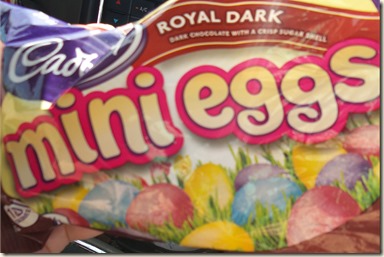 It feels like Wednesday. Monday was apparently an extra long day! There is a lot to be done this week, though, so it  is a blessing that it’s only Tuesday.

But, at least the cat has hand a chance to spend time “in the Word” this week. I wonder if she’s ready for a theological discussion? 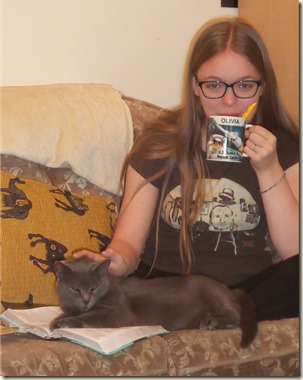 A thought that is nagging at me: How often do we feel guilty about obedience, feeling the need to explain, justify, or defend our actions when we do something that is fully obedient to Christ but very countercultural?

A quote from a recent blog post of Doug’s:

We also need to look at Joshua 7:1 and consider what it means: we tend to blame Achan as if the rest of Israel wasn’t involved. But the verse is clear that the people acted unfaithfully. Not just one person, but the people as a group did. When we tolerate sin in our midst, we become partners with the ones who actually commit the sins. Then, consider why our churches are not as effective as we would like, why our preaching isn’t moving people, why we have no ability to draw people to Jesus. It is because we have evidently and clearly brought sin alongside ourselves as if it was a friend.

Flooding in Peru. The average annual rainfall in one of the flooded regions is 1/4”. Yes, you read that right – one quarter of an inch a year! In four weeks, they had more rain than they’d had the previous 18 years combined. And it’s still coming. Adobe houses don’t withstand rain very well. Somewhere around 75% of the 1,000,000 residents of Trujillo, Peru, are now homeless. It’s mind boggling.

We get to see the Choates in six weeks. 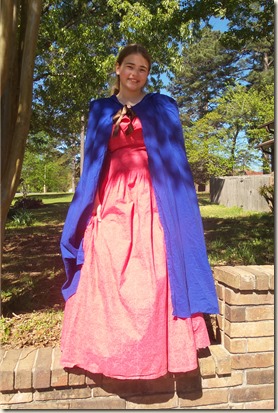 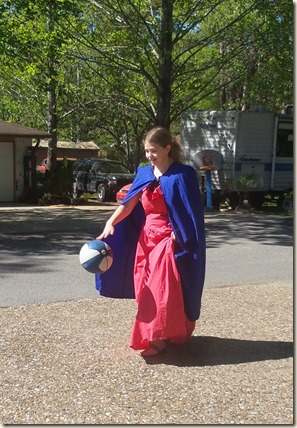 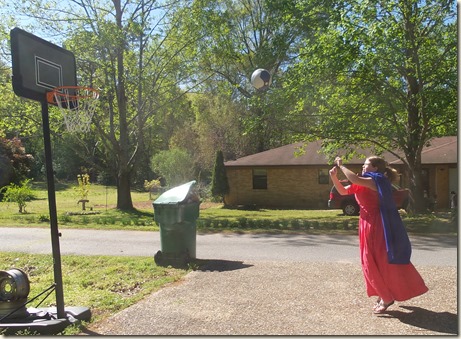 Athletics have never come naturally to Doug, me, or any of our children. And that has sometimes caused an issue with making and strengthening friendships. But, that doesn’t mean the kids don’t enjoy being active and playing. Steven has had fun shooting a few hoops every day. 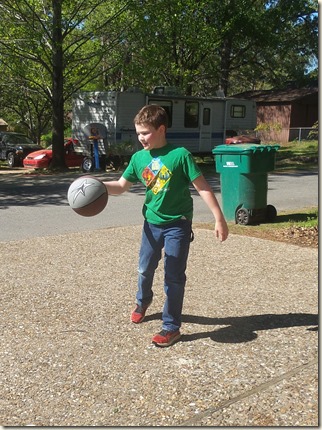 Still the missions writing project. It must be done this week.

I keep discovering dating errors in my planning. Fortunately, they are positive dating errors! Between Olivia’s very hard and diligent work and my miscalculations, her school year completion date keeps moving earlier and earlier. She doesn’t mind at all!

I am a planner. I’ve always loved planners. Olivia doesn’t really have that natural temperament, but I wanted her to learn the time management and organizational skills, knowing that she lives in a world where they are required, even for those to whom they do not come naturally. So, several years ago she started using a planner. Angela was next. She resisted, simply because she didn’t want to change the way we were handling school assignments. I knew she’d love it, though, and that she needed the push. So, two years ago I “encouraged” her to start using a planner. Now both girls LOVE their planners. And, this morning, I noticed that Angela is even starting to utilize the online calendar that everyone can see, making sure that relevant information is available for everyone there. It’s the little things that make a mama proud. Haha! They are anxiously awaiting their new planners.

This will be Angela’s 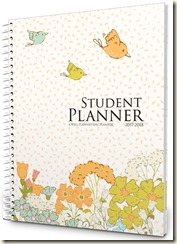 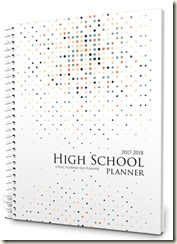 And now to work on Steven…he’ll be starting with this one. 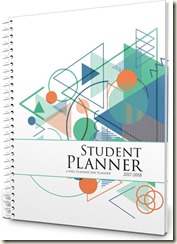 Last weekend, Doug and I had this to look forward to: learning how to make creamy chicken picatta. I even enjoyed the baked asparagus, and I am not at all fond of asparagus. 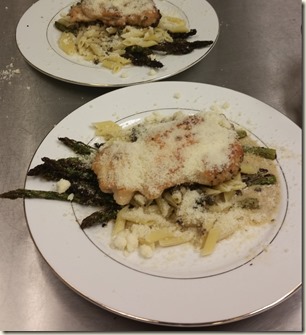 This week there isn’t a whole lot going on, which is a blessing since two months of “a whole lot going on” has been the reason for so much delay in getting my writing project done. It’s also a blessing since I leave next week for another homeschool convention. This Wednesday night there will be an Easter egg hunt for the kids at church, Friday night we’ll have a Good Friday service, and Sunday will be a sunrise service followed by “regular” Easter services. And with that, April will be half over!

Not to overspiritualize this, but the year is flying. I am so thankful that, because of Christ’s resurrection, I know this is not all there is. We have eternity. I can’t imagine how stifling the flying weeks and months would be if this was it. The assurance of eternity gives me the ability to breathe, rest, and know that I don’t have to mourn the rapid passing of time.

Herding Grasshoppers said…
It's Cadbury Mini-egg season! (But we all love the milk-chocolate in this house!)

Love all the planners! I've made my own each year, tailored to our subjects and workload, and why??? When there are such cool planners out there?!

This year IS flying by! Easter is later this year, and we've had a longer, colder winter than usual so everything is blooming later. Much later. It doesn't "feel" like mid-April yet! And I agree! We have all of eternity so we don't have to cling to each day, fearing the end of them.

Choate Family said…
I SOOOOO get the having to explain obedience when it is counter cultural! You are not alone, friend :-)
April 12, 2017 at 12:03 AM