As we discussed 4th of July plans, it was decided that the children would create a Revolutionary battle scene with Legos. I love the Hibbard children style, though. Historical accuracy is very important when discussing and reading. When it comes to Legos, though, creativity is king. Accuracy will gladly take a back seat to a little fun, and I don’t mind one bit. They know the real story, and they know when it must be accurately reflected. This was not one of those times.

The battle scene centers around the North Bridge, the location of the infamous “shot heard round the world.” 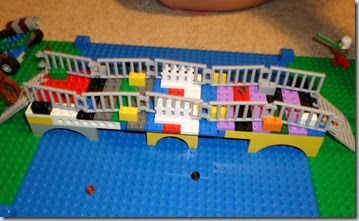 I bet you never realized the North Bridge was so colorful, did you? (Oh, and the little dots you see scattered all around are canon balls.) 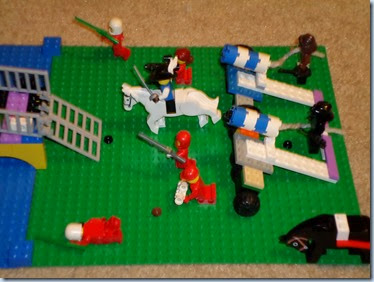 On the British side, we had every red Lego man the kids could find. After all, there had to be Red Coats. And it always helps for most of the enemy to be generic. 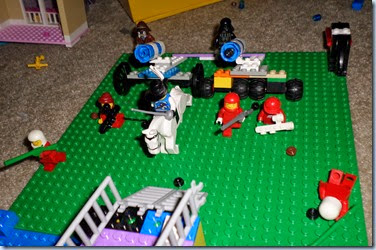 But, you always name at least one or two of the enemies so you know just how bad they are. Who could be better than Darth Vader? After all, every “bad guy” needs a Sith lord’s help, right?

Lando made it onto the British side, too, though. I’m not sure if he was really the enemy or if he was a spy. 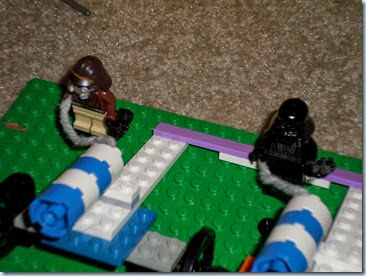 In true literary fashion, every Patriot was named and heroic. Naturally, George Washington took the lead, riding his mount up the bridge. 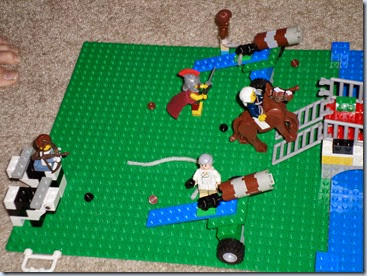 But Luke Skywalker had his back, manning the front cannons. 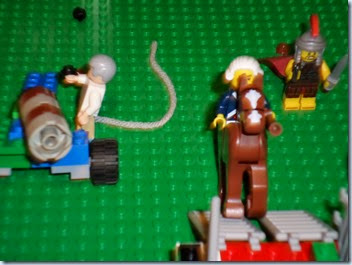 Wait, though. Who in the world could that be on Washington’s right? A Roman centurion? Did they really fight in the Revolutionary War? Well, perhaps this one did. The faithful 2,000 year old Roranicus Pondicus (aka Rory Williams) of Doctor Who fame might well have fought alongside the likes of space cowboy Malcolm Reynolds, captain of the Firefly class ship Serenity. Sure. Strange things happen in war time. 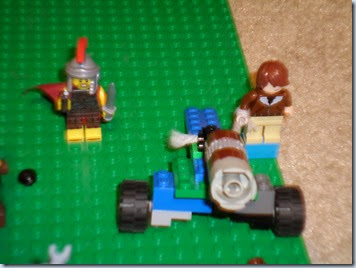 And backing everyone up was the great Marvel bowman Clint Barton, aka Hawkeye. 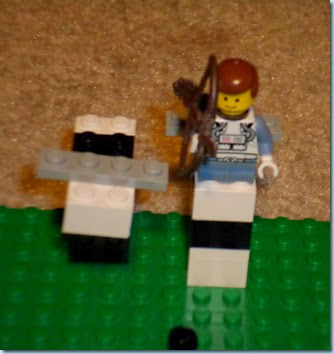 For the record, my children love learning about fictional characters, both from classic literature and modern pop culture, and then incorporating them into their play. And they usually have read all of the classic literature. But actually watching the movies or TV series from whence these characters come? Nah. They enjoy the Marvel movies that they’ve seen, but they have much more fun using the characters in their own play. Often their own imagination is much more fun than watching them on screen.

And that, my friends, is the Hibbard children version of what happened at the North Bridge.