Clay just seems to go well with science. The girls learned about cells this week, and to try to reinforce what they've learned, I asked them to make a couple of cells. The assignment was to make a plant cell and an animal cell and tell me the differences. They did them completely on their own, and I was very proud! This will hopefully give them a good foundation on which to build an understanding of the more complex parts of a cell in later years. Ah, multi-sensory learning is a wonderful thing. 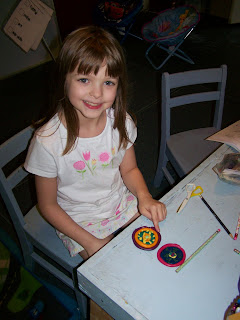 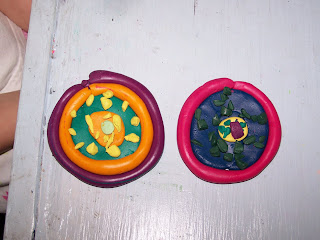 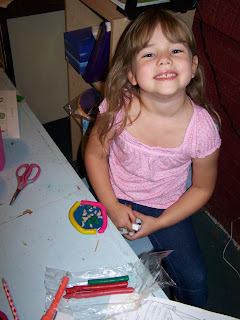 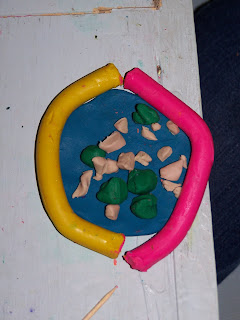 Meanwhile, science was quite fun for another reason yesterday. We were reading about marsupials, and the discussion included the wombat and the possum.

First of all, Doug and I are The Princess Bride fans, and any of you who are familiar with the story know about the ROUS's. (The kids have not yet seen The Princess Bride, but we have told them about it.) We have decided that ROUS's really exist, and they are wombats!

Meanwhile, if possums are at all indigenous to your geographical location, you know that they aren't the smartest critters in the world. Well, according to our science book, they are actually scientifically proven to be the least intelligent critters! The girls were rolling in the floor laughing at the ways in which their lack of intelligence was being described. I had mentioned to the girls that we in the South joke that possums must be born dead on the side of the road because that is how they are typically seen. The girls looked at me skeptically. I told them that it is actually very rare to see a possum alive around here because they are not smart enough to stay out of the road. Olivia said it has to be that they are just playing dead. The girls just flat out did not believe me when I reiterated that the most common sighting of a possum is dead on the side of the road. Then, the science book made a comment about their propensity to be in the middle of the road at the wrong time. The girls' jaws dropped, and they had to acknowledge that I was right!!! It was a great moment.

Okay, so those might have been "gotta be there" moments, but I can definitely say that science has truly been fun this week. We're looking forward to learning about monotremes (egg-laying mammals) today - and who knows what other fun might crop up!
Email Post
Labels: Hibbard Elementary

Stephanie Kay said…
We love The Princess Bride!! Sounds like fun times in science class. We start school next week. I'm not sure how it's all going to play out with a 1st grader, PreK 4, Preschool 3 yr, and a toddler. It's gonna be wild this year!
September 3, 2009 at 12:13 PM

The Hibbard Family said…
Stephanie, I am definitely praying for you! I had the 1st and PreK4 a couple of years ago, but that was just with the toddler tagging along. It will definitely be a fun year!
September 3, 2009 at 12:21 PM