No Radishes this Week

Well, Monday was supposed to be Day 1 of a four-week science project. Unfortunately, the project is now at a standstill. Why? Well, it's hard to observe growing sprouts when the seeds never sprout in the first place! Apparently our radish seeds were not viable to begin with.

We ordered this year's school curriculum back in March. It came, we unpacked everything, and I began the process of spending the next few months previewing school a little bit at a time. Unfortunately, it was June or July before I got to science. When I began to preview science, I came across a page in one of the books that said the radish seeds needed to be refrigerated if they were not going to be used within a few weeks. Hmmm....well, it had been a few months! I went ahead and put them in the refrigerator, intended to try them out before the project start-date so I could buy new ones if need be. Well, I forgot about it.

Once we have viable seeds, I think this is going to be a lot of fun! Our first activity is to place twenty seeds into this box on wet paper towel. 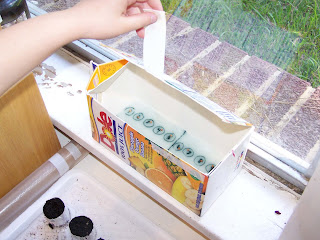 As the seeds sprout, we will make drawing of what we see, label the drawings, and record on a bar graph the growth progress of our seeds. 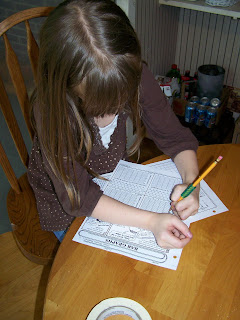 We also made awesome planters! To make these little planters, foil is wrapped around a battery with the excess on the bottom being pressed together. The result is a planter with a porous bottom through which water can filter up from the Styrofoam tray up into the soil! Once the planter is labeled and the battery is removed, the planter can be filled with moist soil and then a seed can be placed inside. Unfortunately, our seeds won't be growing. :-( 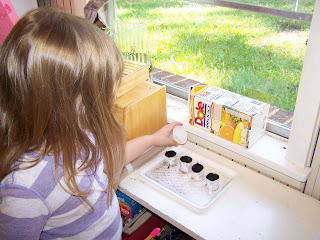 Right now we're praying about our timing. We had actually started the whole process a week early because of some scheduling conflicts with starting it next week. But, hopefully we'll be able to find viable radish seeds, work out our scheduling conflicts, and get started next week anyway! And, when we do, we'll be sure to include pictures of the actual progress!
Email Post
Labels: Hibbard Elementary