Fun at the Zoo & More

Thursday morning, Doug and I got up early and headed to Arkadelphia for the OBU Pastor’s Conference. The kids and grandparents were able to tackle the morning in a slightly more leisurely fashion before they, too, loaded up and headed out of town. They went to check Morgan out of school for a day at the zoo! When they tired of the zoo, they went downtown to a park by the river for some play time.

Grandma got some great pictures of the four little monkeys. I think they had fun together! 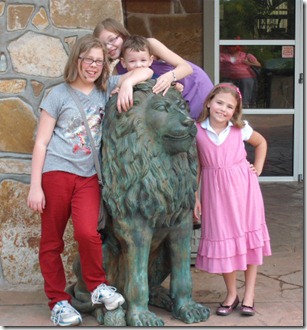 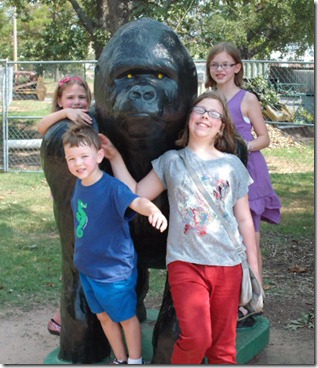 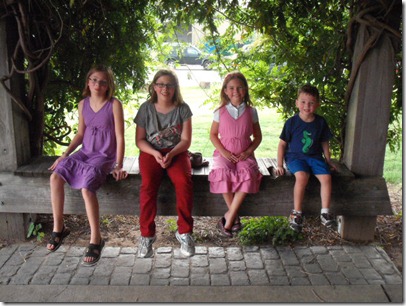 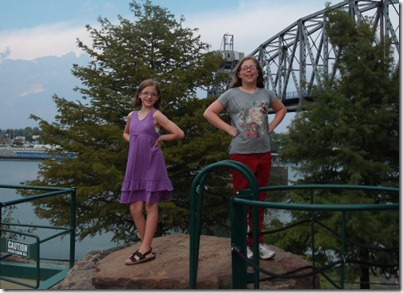 The girls informed Steven that they didn’t think his legs were long enough to climb these things. 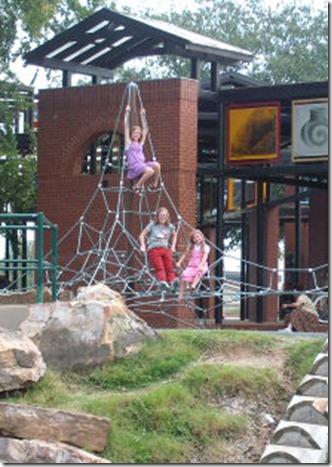 He decided to prove them wrong! By the way, this is the child who used to be terrified of climbing into the Chick-fil-A play area – and not when he was too little for it, either. I’m proud of the way he’s grown into intentionally choosing to try many of the things that intimidate him. Not all of them, but many of them. 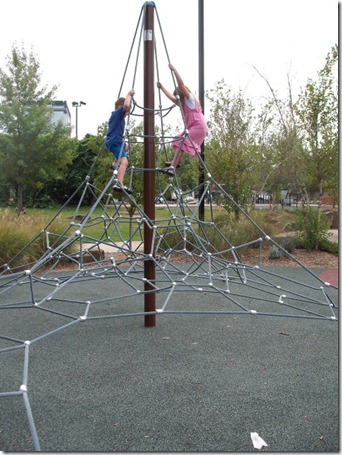 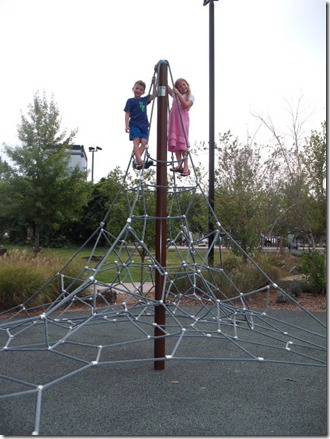 Kids and grandparents alike were pretty worn out by the end of the day, but they all seemed to have fun. (Grandma said she needs about six years to recover before doing it again!) We all met up for dinner, ran a few errands, and then headed home. We spent the rest of the weekend just enjoying each other’s company in a very relaxed manner.

Thanks, Grandma & PopPop for coming to stay with us!

Herding Grasshoppers said…
Hallelujah for grandparents that will spend time like this with their grandkids - what a fun day!