I’ve been going through pictures this morning, looking back over the summer. We’ve had a bit of fun! I have sorted enough pictures to get caught up on several blog posts, and I can’t think of a better place to start than with the Hibbard Ship Pirate Cow. 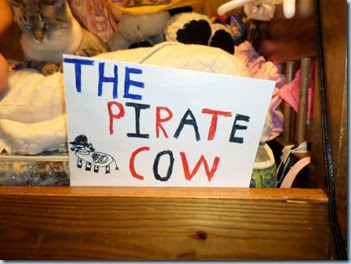 It took a while for the HS Pirate Cow to cross my radar. First, I noticed my son roaming around with an eye patch. 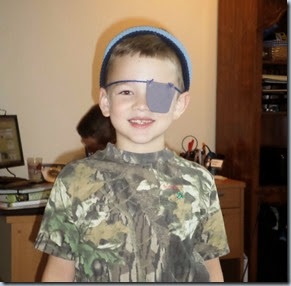 Next, I walked into Angie’s room for something and noticed something odd about the cows scattered across her floor. 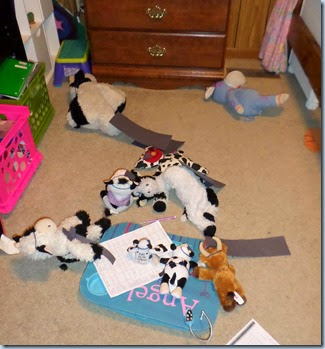 How about a closer look at Theo, Sammy, and George? 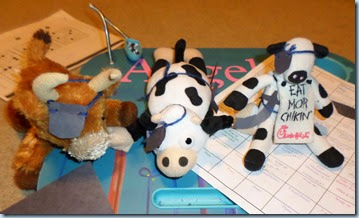 Alf even had a sword! 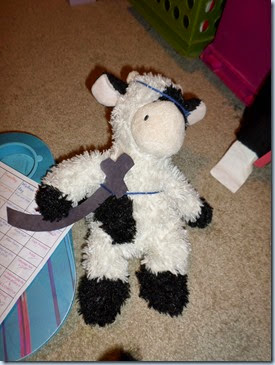 All of the “ladies” were similarly attired.

That was all in the morning. I worked all afternoon while they played happily. Every now and then they would come in to say hi or I would pop out to get some hugs. But, I never actually went into Angie’s bedroom the rest of the day. It wasn’t until around bedtime that I discovered what they’d really been up to all day.

Here she is, my friends…the HS Pirate Cow, complete with a mast and Pirate Carrie as lookout. (The curtained area is “below deck”.) 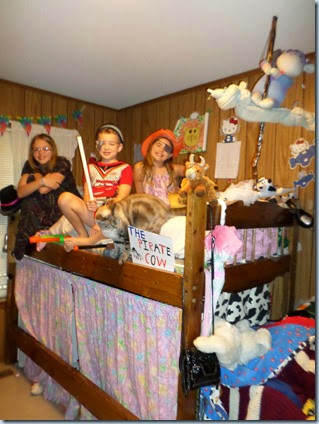 Would you like a tour? Here is the captain herself introducing you to the crew of the HS Pirate Cow.

Here Steven demonstrates the firing of the canon.