When asked what she wanted to do for her birthday, Angela said, “Go to the library!”

When asked what kind of cake she wanted, she said, “A book cake!”

When asked where she wanted her birthday pictures taken, she said, “At the library!”

Do you think it might be possible that we have a book lover?

Today our little bookaholic turns eleven. And what a difference a year has made! Looking back at last year’s birthday pictures makes me want to cry. She’s changed so very much! The little girl is definitely blossoming into a young lady. 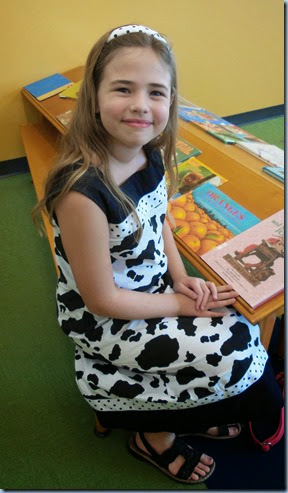 So much remains the same year to year. Angela is still our academic. She is greatly enjoying this new school year because she gets to do much more independently. I was a bit nervous about that because we are doing Sonlight’s most difficult pre-high school core (Core F – Eastern Hemisphere). But, I determined that she would not tackle it until she was turning eleven. It was a good choice. She is devouring every aspect of it. 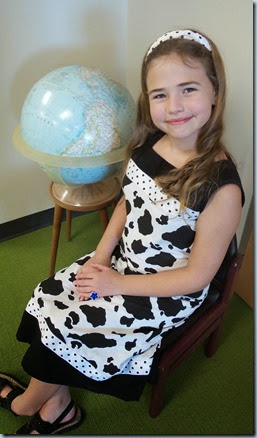 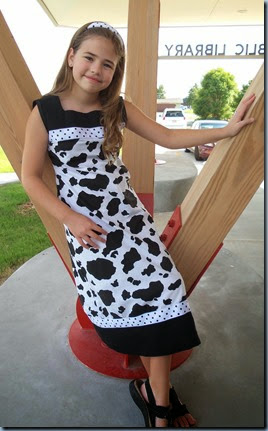 Last year I mentioned a budding interest in cows, starting with her two cute little stuffed cows and her desire for a cow-themed birthday. (She actually had three last year, because I had made her one when she was a baby, but it was not until later in the year that she rediscovered that cow and named her Callie.) Just in case the cow print dress did not clue you in, that budding interest has fully blossomed. 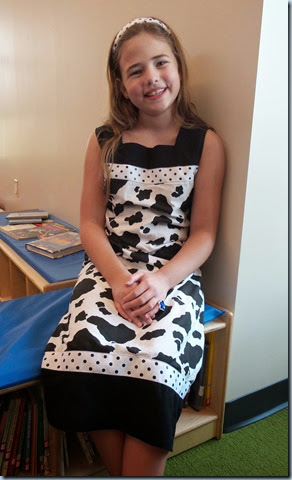 The dress was her first birthday present. She has been asking for one for months! (See what I mean about her adorable fashion sense?)

As of today, she also now is up to eleven stuffed cows! Cowabella, Alf, and Callie have been joined by Carrie, Stella, George, Theo, Molly, Sammy, Clover, and Jade. And they are all unique. I can’t believe I just named all eleven! 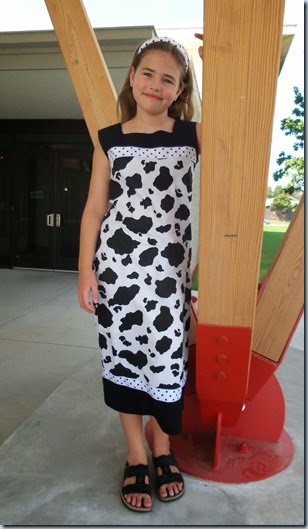 Angela is still a very quiet, private child. It can be difficult to discover what she is thinking. But sometimes I get a glimpse inside, and it is a precious glimpse. She thinks so much. She truly ponders. She evaluates. And she learns. Oh, how she loves to learn! 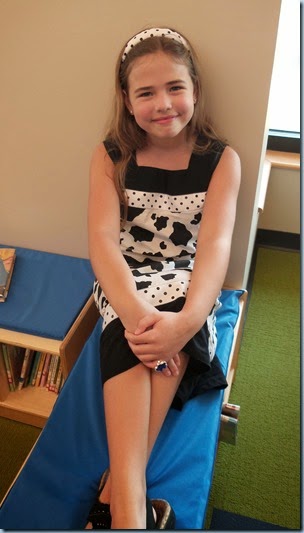 This year she gets to move up to the youth-age class for Wednesday nights and Sunday school. So, there will be some new challenges for her spiritually and socially. I look forward to seeing how she grows! 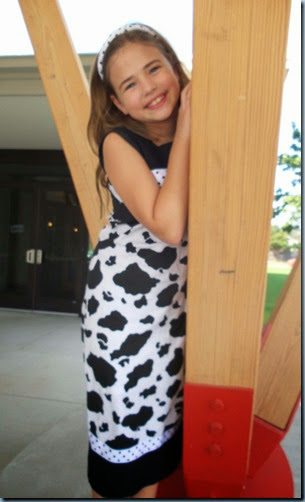 Happy birthday, sweet Angela! You are such a delight, and I am so thankful God chose to give you to us eleven years ago!