Skip to main content
Posted by The Hibbard Family January 22, 2016

We’ve been told for months to expect a frigid winter. But, up until now it’s stayed pretty mild, with just a few dips into the cold. We were beginning to wonder if that “above average snowfall” would ever actually materialize.

When, after getting ice earlier in the week, you finally wake up to this… 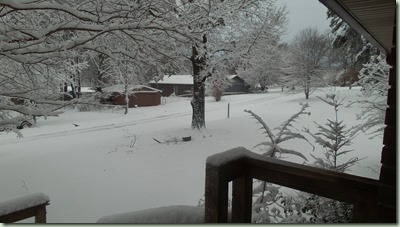 …you get greeted with morning faces like this! Especially on discovering that it’s the fluffy stuff, not our standard heavy, wet fare. 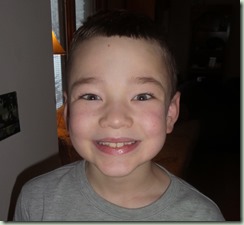 Napoleon and Josephine were excited too! 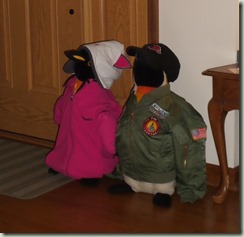 Smokey was an entirely different story. She is NOT fond of the snow.

Of course, when you live in the south and don’t hunt regularly, you don’t really invest in much winter gear. We did have boots for the whole family. Then feet grew. With four pairs of feet about the same size (including mommy’s!), and only three pairs of boots around about that size, you have to improvise a bit. Thick layers of socks and some Wal-Mart bags worked quiet nicely! 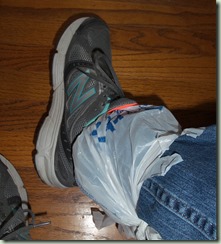 Steven & Angie were all about snowmen and snowball fights. 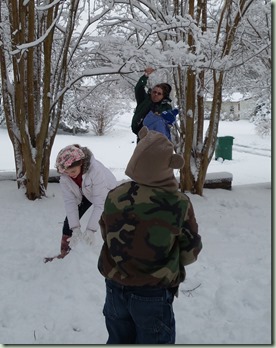 Shorty is in the front yard. 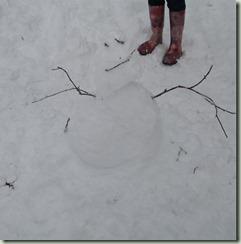 Livie was more about snow photo shoots with one of her dolls. 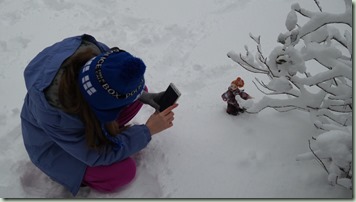 Of course, Daddy has to make sure it “snowed” on Olivia when she parked herself right under a laden branch! 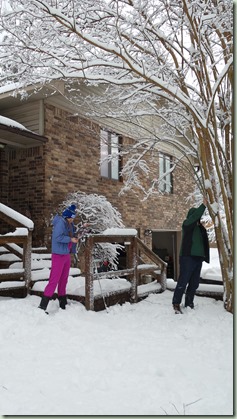 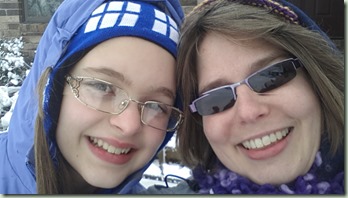 We did have a reminder, though, that this is a southern snow. Even though the 6-8 inches of fluffy stuff is nice, there’s 1/4 – 1/2 inch of the nasty stuff well insulated underneath it. This is why just clearing snow off the roads doesn’t always do the trick.

My favorite part of the day was the bold, blue sky peeking through the clouds, framed by snow-laden trees. Oh, my…it was breathtaking! 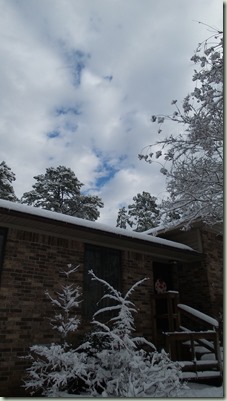 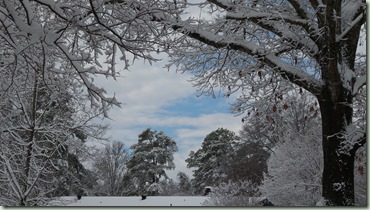 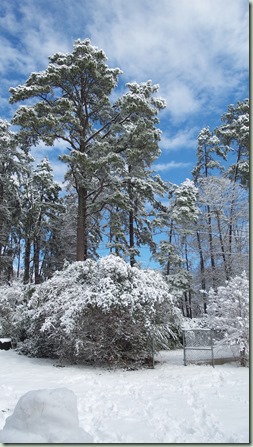 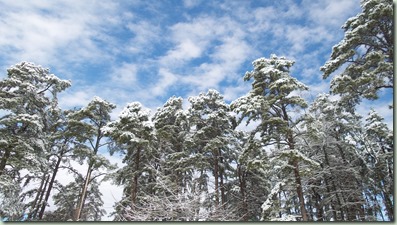 A super-friendly neighborhood Rottweiler came to visit us while we 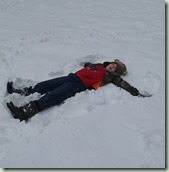 were in the front yard. Not sure who he belongs to, but he was so excited about PEOPLE! At first, he was very well behaved. But then he got excited, and we weren’t quite sure how to calm him down. He was almost as tall as Angie when he jumped up. If he’d been our dog (one of these days we want a dog that size!!!), it would 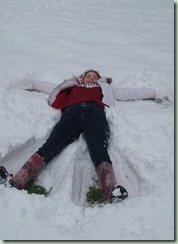 have been fine, but we just didn’t know how to make a stranger’s dog behave. So, the kids migrated to the back yard to be able to play without getting knocked down. Olivia got cold and headed inside, and Doug went to get some hot chocolate started. Angie & Steven made snow angels, then the three of us went to work on a bigger snowman. They’ve never made a big one before, and they really wanted to this time. The goal? Bigger than Steven.

Success!!! This fella is packed tight. Curious to see how long he’s around – long after the ground around him reverts to green, I’m sure! 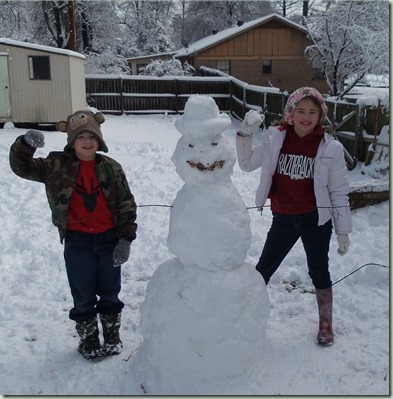 In a typical Arkansas winter, this would be our only snow, even if we had more cold days or an ice storm or two. We’ll see what happens this year, but we’re super thankful for today’s beautiful, fluffy winter wonderland!!!