So, our entire vacation plan was built around a desire to go to the US Space and Rocket Center in Huntsville, Alabama. This has been a long-term destination hope – we’ve wanted to take the kids for several years! At this point, we have one child who will only be home for three more years. It’s time to make some of these desired destinations happen. 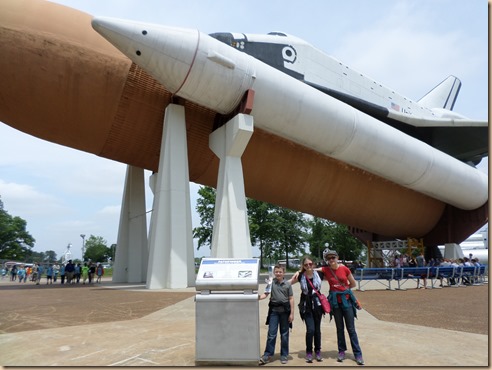 Just as a hint, any time you want to spend a day at a museum or science center of any kind, check to see if it is in a larger museum group. Frequently, the whole museum group offers reciprocal entry, meaning if you have a membership at one location, you can get into another using that same membership. 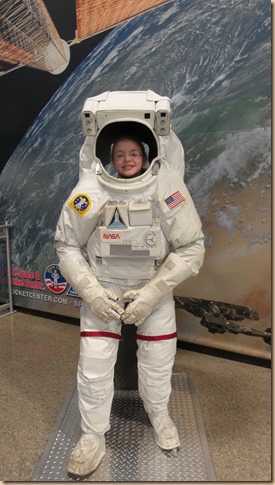 An annual membership at our local Mid-America Science Museum just so happens to be about the same price as one day for a family of five at the Space & Rocket Center. 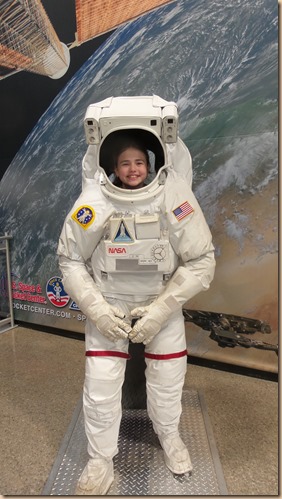 Thanks to the nationwide Smithsonian reach, the two locations honor one another’s memberships. Score! There’s your freebie for the week. Now on to the fun! 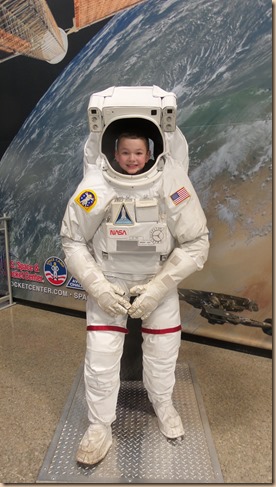 I can’t imagine a better time to have visited this museum. (Yes, my friends, I firmly believe God is even interested in handling the timing of trips like these! We just knew it was time, and suddenly it all worked out!) There was only one thing the kids weren’t all just the right age for – the Apache simulator (minimum age is thirteen). But, otherwise, they were all able to do everything they wanted to do. 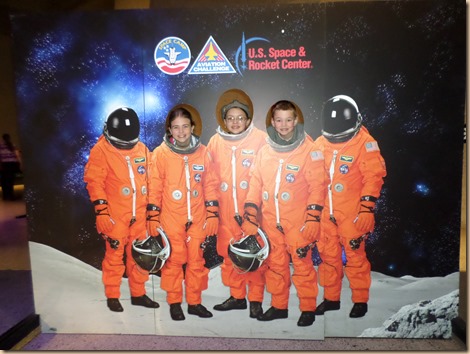 There were exhibits galore, including a variety of interesting interactive contraptions that kept inquisitive minds fascinated. 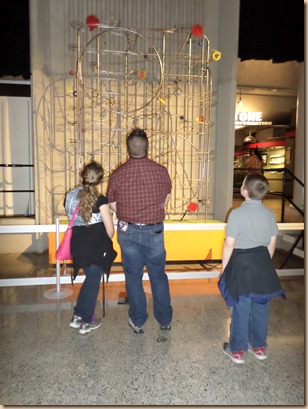 We saw a room full of inventions sprouting from the Huntsville area and a temporary exhibit of an amazing and extensive space-inspired jewelry collection. I didn’t get any pictures, but it was truly incredible. Millions of dollars of jewels and precious metals rested behind heat and touch-sensitive cases. We didn’t set off the alarm, but someone after us did! 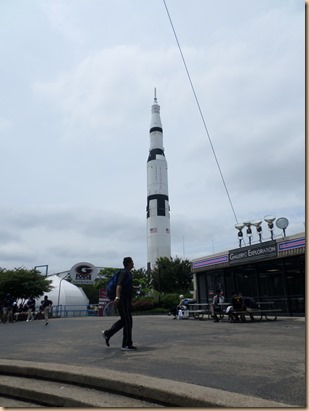 There’s really no way to capture the size of some of these rockets. Even standing under them, it’s hard to comprehend the massive amount of power they exerted – HAD to exert – to send man into space. 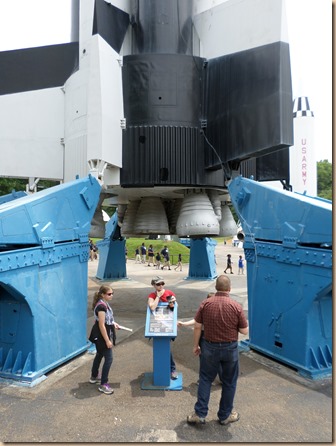 One rocket would seem huge, then we’d come to another. Browsing through the “Rocket Park” was a fascinating stroll through space and military history. 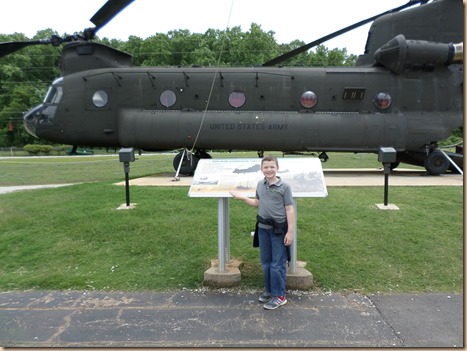 That stroll even included a quick stop by a moon crater! 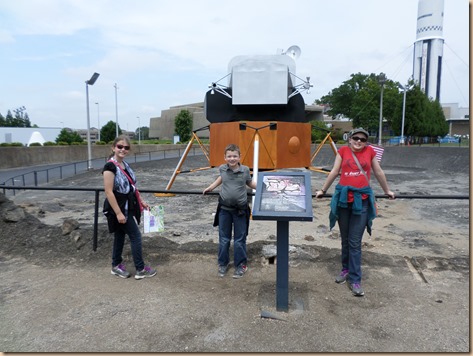 After lunch had appropriately settled, Doug, Olivia, and Steven headed off to try the G-Force accelerator while Angie and I enjoyed a few moments together. 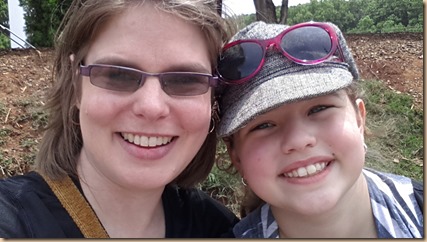 She had no interest in the experience, and I was still struggling with ear issues following an ear infection. The other three had fun, though! I told Angie we’d have to try it next time. 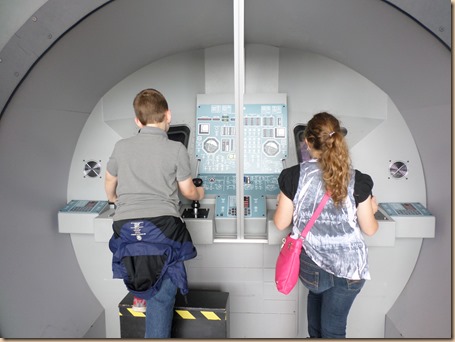 The simulators were an interesting challenge. Everyone wanted to be able to succeed in landing on the moon, but I think all of us only managed a hard smack on the moon’s surface! 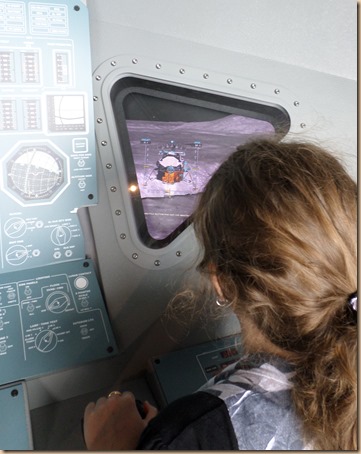 The same was true of our attempts to connect to the International Space Station. Needless to say, we’d need a few thousand more hours of practice before being entrusted with the real thing! 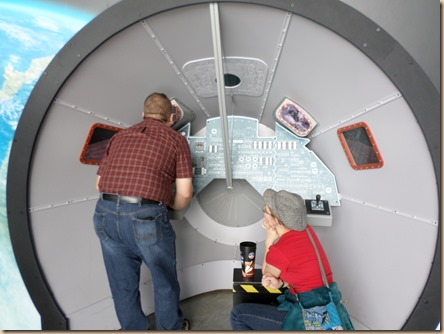 We were very excited to see Arkansas boldly represented in the Saturn V Hall. Yes, the Hogs have even made their mark on the space program to the extent that a Razorback is on display in an Alabama museum! 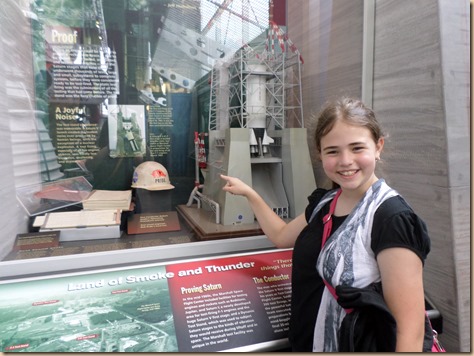 This was the hard hat of Bob Pride, Saturn V Test Stand Engineer. I love how his last name makes it look like the hard hat communicates “Razorback Pride.” One of the things the kids really wanted to try was the rock wall, patterned after the Milky Way’s largest known volcano – Olympus Mons on Mars. So, Doug joined them as they latched on and gave it a go! 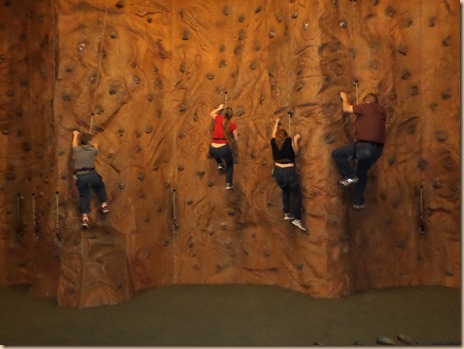 Doug had a red wasp sting on his right hand, a souvenir from the Rocket Park, but he still managed to get about halfway up before the lack of hand strength kept him from finding the right grips to continue. 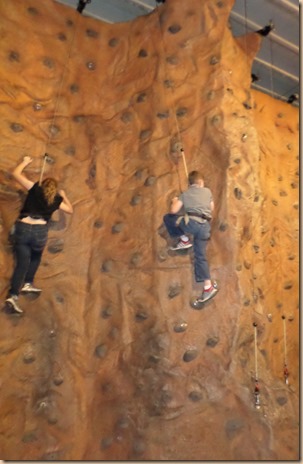 Angie and Steven did really well, both of them making it at least halfway up – if not a little further – before running out of climbing options. For their first time on a climbing wall, I was impressed. Olivia, though, had the advantage of her long arms and legs to help her make it all the way to the top! Go, Olivia! 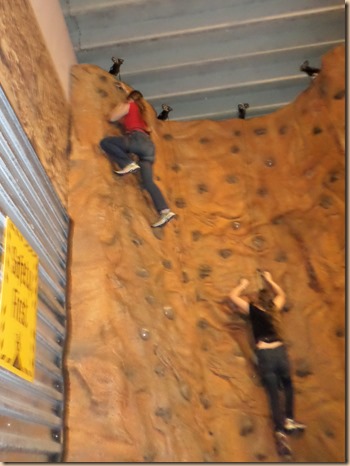 To say we were tired by the end of the day would be an understatement. But, it was worth every ache! 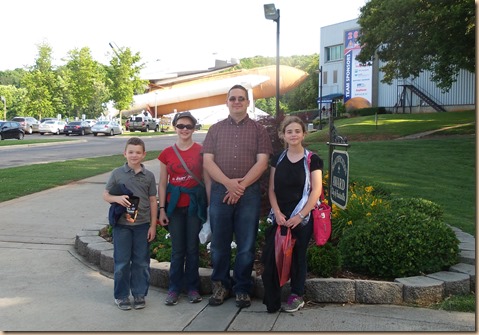 One day, we’d love to come back and attend Family Space Camp for a weekend, enjoying more of the behind-the-scenes training and experiences. But, the one-day tour through the public spaces of the center was definitely worth the trip! Lots of smiles and lots of great memories. 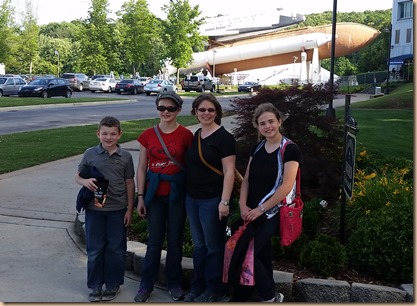