In the great outdoors...bright sunshine and cheerful birds – no crows this morning (or yesterday, for that matter!) makes the birdsong much more beautiful.

Within our four walls...it was nice to have open windows throughout the house Sunday – wonderful, fresh air! We had to close them yesterday, but a few days each week is a lovely thing. And, here in the sunroom, the morning breeze is quite refreshing.

A heart of thanksgiving...for the promise of fall.

A heart of prayer...for our church; for the farmers; for so many needs of so many friends and for salvations.

Random observations...sometimes just the promise of something is enough to relieve stress. As I type that, I am reminded that we have the promise of eternity in the presence of God. Why in the world do I get so stressed when I have that eternal promise?

My silly children...have taken some interesting pictures on Olivia’s phone. After we lost a bunch of Olivia’s pictures of her cat and other things because of phone issues, we set her camera to automatically upload to Google Drive, so I pop on every now and then to take a look.

Apparently, while the kids were at my parents’ house, Olivia was trying to take pictures of Steven, and he was dodging the camera. It became a game, such that there are dozens of random pictures of my parents’ house. The camera on Olivia’s phone was only quick enough to snag pictures of where Steven had just been!

Thoughts from the kitchen...it’s the first full week of the kids really getting back into their cooking days. We’re starting off pretty simple. Steven made a mac and cheese dish in the rice cooker on Monday. We’ve done it before, and it’s been good. But, yesterday I showed him how to make a homemade cheese sauce instead of just adding grated cheese to the cooked noodles and meat like the recipe calls for. It turned out quite yummy! Then yesterday, Angie made a delicious pot pie. I’ll whip up some spaghetti today, then Olivia’s down for tilapia, wild rice, and broccoli tomorrow. Friday is what I’m really excited about, though. We haven’t made our mushroom, beef, and tortellini soup in a while. If it’s hot Friday, we’ll just drain the broth off after it’s cooked and make it a one-dish plate meal. If it’s a cooler day, we’ll keep it soupy. My mouth is watering just thinking about it!

On my bookshelf...back to Jane Austen. Meanwhile, I highly recommend God in My Everything. Fantastic book. I’m savoring it. 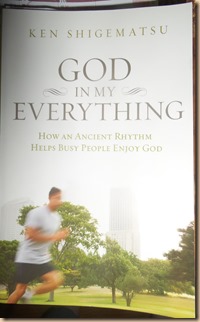 Projects...we finally have all the fabric we need for Angie’s antebellum dress, but we haven’t had a free evening or weekend time to work on it since we bought it. Coming soon! She has made a couple of her own dresses, though. She’s frustrated with the fact that she’s outgrowing favorite dresses that she’s worn for the past four years, and she doesn’t like the options in the stores. So, she’s just sewing. That works!

Sounds of the moment...music playing and kids chattering at the breakfast table. We’re a bit slow on the start-up this morning, so everything’s running a little later than usual.

From Hibbard Academy...trying to stay caught up. We hit those weeks sometimes. But, we’re plugging along.

A favorite thing from last week...a moment of realization. I was having my morning quiet time when thoughts began running through my head – ideas that were solutions to a schedule and rhythm of life problem we’d be praying over for a while. I love it when God does that!

The planner...it’s been a busy week already, and it’s not going to slow down! Monday night Doug had a church meeting and I worked late. Last night he another meeting and I had a fellowship dinner (and we had fun working that one out with just one working vehicle!). Tonight is church, then tomorrow afternoon I have a planning meeting with the state ministers’ wives team. On Friday we get a chance to breathe and catch up, then on Saturday there is a military expo at the Air Force base. The last air show (typically every two years) had to be cancelled, so it’s been four years since we’ve been to anything like this, and we’ve missed it. Steven still has the programs from 2010 and 2012, and he is ecstatic about this year! No Blue Angels or Thunderbirds show this time around, but there will be a C-130 demonstration.

Because visuals are fun…the cow was right in the middle of my Angie snuggles. 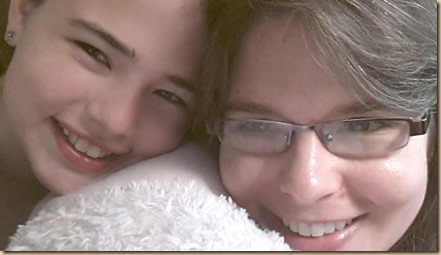 Herding Grasshoppers said…
Hurray for the promise of fall, and three cheers for getting your kids cooking :D WELL DONE!
September 14, 2016 at 1:34 PM