As if you needed any evidence...but here it is, nonetheless.

These are just a few of the images I have seen around the house lately!!

First we have Princess LuLu - I mean, Cinderella, of course! :-)

But, this one is even better - that is one serious pout! I can't even remember now what she was pouting about. 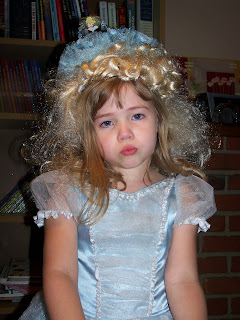 Steven trying on his sisters' shoes - and not just one pair. He's had just about all of them on and has been walking around the house in them! We insist that our kids have their shoes on at all times unless they are in their bedrooms because of the condition of the hardwood floor - loose planks everywhere that can injure a foot so easily. I think Steven has decided that his sisters' shoes are easier to get on and off! 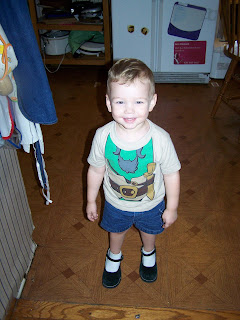 The girls were pretending that it was winter. Not just winter, but winter up north. Yep, where it really gets cold. I know it's been unseasonably cool the past couple of weeks, but I can't even think about pretending it's winter when it's really summer! It made me hot just to look at Olivia! 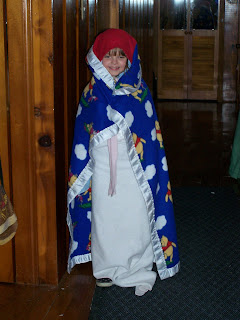 Remember Saturday morning cartoons? We don't have many Saturday mornings like this, but this past week was so wonderfully relaxed. Doug popped in a Bugs Bunny DVD for the kids - okay, so not quite like the old days, but fun nonetheless! 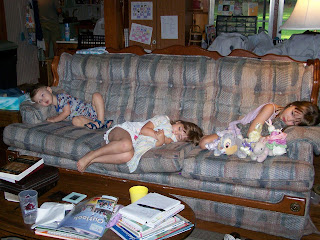 One morning all of the kids were awake before I finished exercising. Steven won't get out of bed until I come get him. Since I was slow getting to him that morning, the girls went to him, and this is how I found them!!! 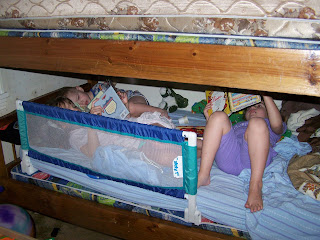 Then there was the day I was giving Steven a few minutes more to play before naptime. I heard incredible cackling from the girls' room, so I went to investigate. I found them like this, just rolling with laughter. They were reading Cinderella and had decided to put the adjective "wicked" in front of every noun, not just stepmother. So, they were coming up with all sorts of "wicked" combinations, each one sending them into peals of laughter!

(I don't know if you can tell it or not, but at the end Steven says, "Get out of here!" I gave him a stern look, he got a repentant look on his face, and then he gave a very sheepish, "Please?" He's a mess!)

So, there you go. Just in case you needed it, here is irrefutable evidence of the silliness that goes on in this household!
Email Post
Labels: Video