Other than friends, the Memphis Zoo is the one thing we really, really miss now that we no longer live in the area. It’s been quite a while since we’ve visited. We had hoped to go last fall so we could see the new Teton Trek, but it just never worked out. But, when a couple of families from church mentioned they were going during spring break and when we found out closing was going to be on the same day, we just couldn’t resist! As soon as we were done with closing in Southaven, we quickly made our way up to the zoo to join the rest of the Almyrans.

We really didn’t expect it to be as crowded as it was. The Memphis area had been on spring break the week before. But, apparently, we weren’t the only Arkansas folks who decided the Thursday of Arkansas’ spring break was a good day to go! With the extra crowd, keeping track of eight kids, six of them four and under, took a little more attentiveness than expected. But, it definitely didn’t decrease the fun at all! We thoroughly enjoyed the group outing! 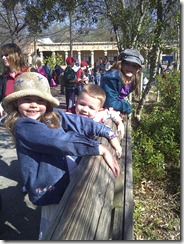 Here’s Angie in the middle of the younger ones as they all watch the penguins: Sawyer, Steven (hiding behind Angie on her left), Ian, and Jada. 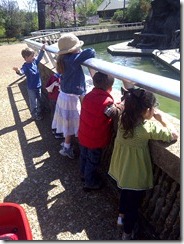 We had to go say hi to the hippos for Grandma! The next major construction for the zoo will be the Hippo Camp. The plan is to create an underwater viewing spot for visitors, similar to the polar bear and sea lion exhibits. That’s an exciting prospect, especially considering how hard it is to really see the hippos right now. 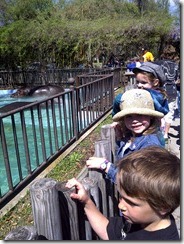 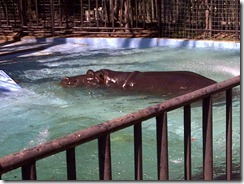 We have a picture of the kids with the alligator for PopPop, but it doesn’t seem to want to make itself available for use just yet! Ah, computers. So, it will get its own post a little later.

My little prisspot. Isn’t she cute? 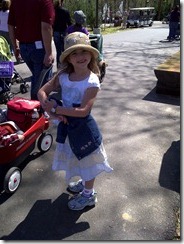 Since we have officially passed the stroller stage of life (a sad thing – strollers are so useful!), we were exceedingly thankful to have Steven’s wagon to take with us. It was supposed to be for hauling the cooler, jackets, etc. around. But, Steven claimed it as his ride pretty quickly! He would jump out to look at animals and then exclaim, “Where’s my little red wagon?!” and jump right back in. He was so precious in his excitement over his little red wagon! 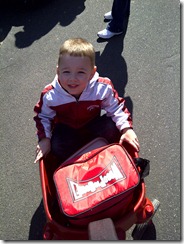 Olivia was delighted all day because she got to push one of the strollers around. We could tell by the end of the day that she was getting tired, but she was determined to keep pushing until the very end! 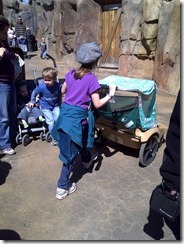 We managed to squeeze in something on this trip that our family has never done before – the sea lion show. Here are Jada and my kids finishing a snack and waiting for the show to start. 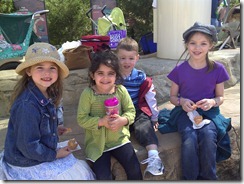 Part of our group. 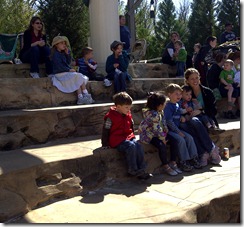 All the kids (well, except baby Knox) watching the giraffes. I think Sawyer (in the stroller) was just done by this time! 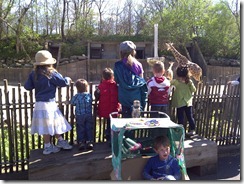 Steven proudly pulling his little red wagon back to the van at the end of a very fun day. 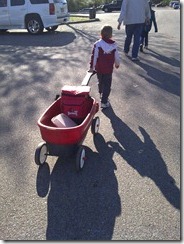