Some family days are good, but others are just about perfect. Last weekend we had one of the just about perfect ones – and it just happened to also be my birthday. What a sweet birthday present! We didn’t really plan anything for the day. We just enjoyed it as it came along.

Doug made breakfast to start the day, and the kids decided they couldn’t wait until lunch to give me my gifts. So, I opened sweet homemade gifts of origami and crocheted goodness, as well as a delightful collection of yarn and knitting needles! Doug had already given me his gift – Joulies! They cool warm beverages to the perfect drinking temperature and then keep them there for a long, long time. They’re amazing!

After breakfast I had a delayed date time with Steven (we usually have it on Thursdays, but we had to be in Little Rock this past Thursday) and then played some nerts with my girls.

By lunchtime the beautiful sunshine was just too much to resist, and Doug suggested a picnic. (I took this picture with my phone and couldn’t see what I was taking because of the sun. So, I ended up cutting off Doug’s head. Oops!) 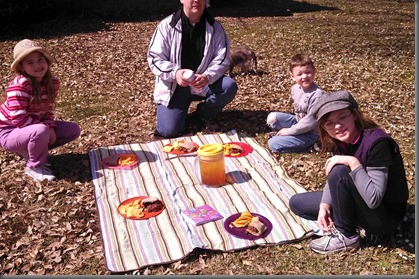 Doug had planned ahead, picking up some brisket from Whole Hog while we were in LR Thursday. Yum! 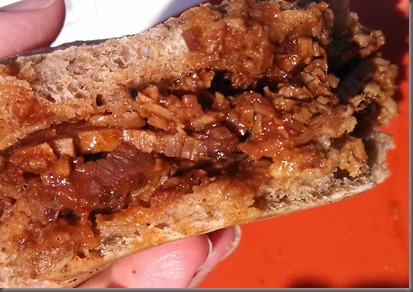 Dessert was downright fun! I’m not a big cake fan, so I requested something non-cake with chocolate, nuts, and caramel. Doug more than rose to the occasion! His creation was inspired by none other than the hilarious Tim Hawkins.

And here it is…the Snick-a-loaf! Not exactly a bunch of Snickers smashed together, but something even better. 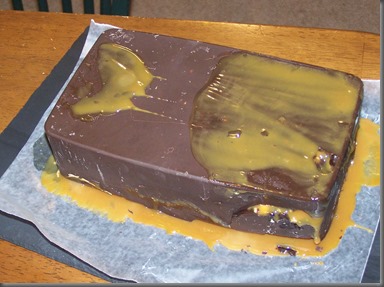 Is that not awesome? He used a loaf pan to create three fourths of the shell. The “nougat” is a cheesecake mixture. Once he had the nougat, nuts, and caramel layered, he spread another layer of chocolate over them to finish the shell. It tasted even better than it looks! 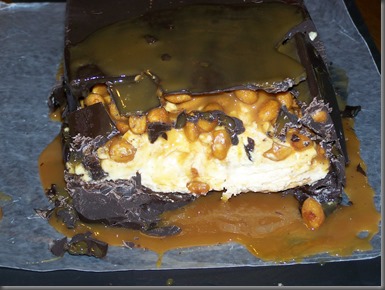 After lunch, we decided we just had to stay out in the sunshine. It was an amazingly gorgeous day! 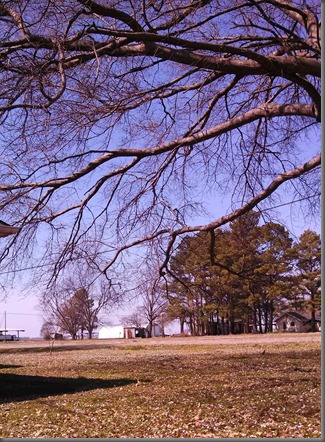 None of us have much of a green thumb, but it is still fun to try our hand at things occasionally. Last year’s grape vines grew more than we expected, so we hung a trellis to support them during this growing season. We had also noticed that the meter reader was tramping right through this area where the grape vines and blueberry bushes were planted, so we decided to fence it off. We didn’t get quite enough little fencing, and this picture was taken before we went to Wal-Mart for the rest of it, but you get the idea. We also have a few strawberry plants there. 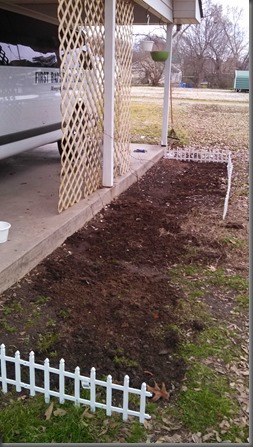 On Sunday we “enjoyed” quite the downpour, and the whole yard was flooded again. So, we will have to just wait and see if anything grows. But, it was fun to plant!

While Livie and I worked on that little patch, Doug, Angie, and Steven worked on their own little experiment – peanuts! Just a small patch, but we’re curious to see what happens. They walled that segment off, too, and Angie graced it with a title. Yes, it’s the Peanut Gallery! I love that kid!

Jack, meanwhile, found his spot among the pile of dead branches waiting to be burned or chopped for kindling. I cannot imagine how he thought that comfortable, but he is an odd cat! 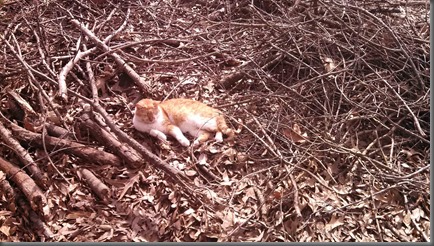 As you can tell from most of these pictures, the clouds had rolled in by the time we were done. The day was still pleasant, though, and we finished off our day by tending to the fruit trees before heading to Stuttgart for the rest of our fencing.

We discovered last year that our little stakes did not succeed in helping the trees grow straight in the face of our powerful prairie winds. So, we restaked them all. In the process we found this… 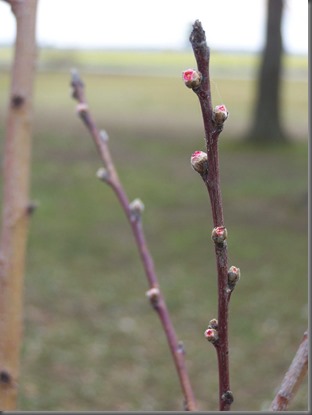 The first buds. These two branches are on the smaller of our peach trees, and this made up most of the buds on that tree. The larger one, though, was literally covered! I missed getting a good snow this year, but now I’m praying that we are done with the late freezes and snows. Even as far south as we are, we can have highs ranging anywhere from the 80’s to the 20’s in March – sometimes both in the same week! But, it looks like even though we might still have lows in the 30’s, our little buds should be safe this year.

We finished the day off with date night and changing our clocks a night early so we could make the DST adjustment on Saturday instead of Sunday. Yes, it was definitely a wonderful day. Ah, how I love precious days with my family!

Herding Grasshoppers said…
Oh, what a birthday! Tell Doug he should give seminars to other husbands ;D