In the great outdoors...so much beauty! I am a mountain-lover, and I never understood what people meant when they talked about the beauty of the plains. They’re just flat. But I am discovering the beauty and it is breath-taking. In fact, I started writing about that beauty right here, but then I realized I’d be writing hundreds of words just on that. So, it will be a blog post of its own later this week – probably on my Joy of Writing blog.

Within our four walls...Steven and Angie are taking showers. Olivia is making pitas for supper. The kitchen needs to be cleaned. The library is in utter chaos, waiting for me to finish putting new school stuff on the shelf. I ran out of bookshelf space when I worked on the school room a couple of weeks ago. Doug and I managed to solve that problem by finding a new spot for games, but I just haven’t gotten back to the school stuff yet.

A heart of thanksgiving...for the sounds of happy children playing together. I’ve heard a lot of that today.

A heart of prayer...for rain; for my niece still recovering from surgery; for a friend having surgery this week (and for his wife who will have to try to keep him down for the next little while!).

Random observations...Olivia and I had an awesome idea of something she could make for Steven’s birthday. We talked about it last week. But did either of us write it down? Nope. Why would we do something like that? So, guess what? You got it. Now we have NO IDEA what our awesome idea was. None. Zippo. I have been scouring my brain all day trying to figure it out. No luck. Grrrrrrr…and back to the drawing board.

My silly children...have been doing a lot of “T-rexing” (aka acting like T-rexes) lately. They say the only cure is cookies. Lots and lots of cookies. They require at least three cookies a day to just stave off the worst of the symptoms. I think they might just have to keep suffering.

Thoughts from the kitchen...did I mention Olivia is making pitas? Might I also mention that I really like having children who are increasingly independent when it comes to our light meals?

On my bookshelf...finishing up the apologetics book (it was not at all tedious – I just haven’t had many reading opportunities lately). I was supposed to have a novel this week, but it hasn’t arrived yet. *sigh* But that’s okay. I do have enough to keep me busy this week.

Sounds of the moment...Steven telling us something about the Lego Star Wars Wii game. I’m not following much of anything he says because I have no real context for the game. But he’s very excited about all of this.

From Hibbard Academy...the aforementioned prep and planning. Today I worked on matching lessons from this book with Sonlight’s weekly topics from Core C to challenge Angela this year. (You can click on the picture to learn more about the book.) 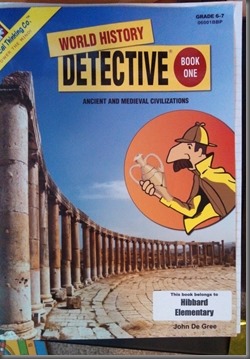 I wish I’d had this book for Angie last year because it would have perfectly supplemented all of last year as well as the first half of this year! I still need something for the second half of this year, but we’ll cross that bridge later. There are some gaps in the first 18 weeks, so I might have her go back and review some of the ancient history stuff during our extended Viking and Knights studies. I’m really excited about this book! We have one for science too. YAY!

And to you fellow homeschool nerds: consider this picture just a preview. The year gone by and the year ahead posts are in the works!

A favorite thing from last week...spontaneity! We got in the van late Saturday afternoon intending to just head to Wal-Mart to find some fish so we could cook something different for supper. On the way, we started talking about times we just decided to drive and be spontaneous. Wouldn’t you know, the bug bit – we decided to splurge a bit and just be spontaneous! The kids didn’t know what to think! We ended up in Scott, AR, and enjoyed some supper at Cotham’s Mercantile, complete with dessert. Yummy and fun!

And this is what fully and happy looks like: 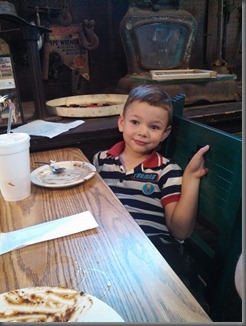 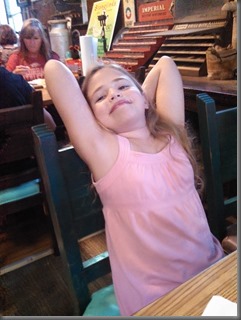 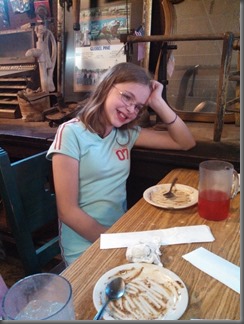 The planner...Olivia has her sewing camp this week, so we’re hanging close to home all week. I’ll work hard and heavy on edits and the school room because next week is shaping up to be very, very full.

Because visuals are fun...we took the scenic route home Saturday night, including a detour or two. We passed this old, abandoned church along the way. 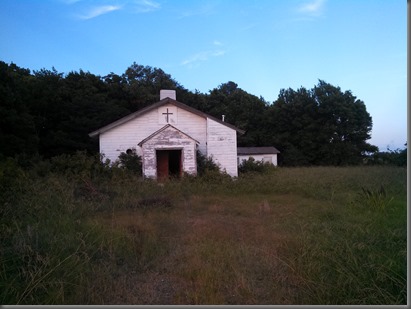 Herding Grasshoppers said…
Sounds like a wonderful, stress-free week at your house. I think the happy sounds of kids getting along and playing together have to be some of the best sounds in the world!

Love the pic of the church :D

How about some pics of your church?