Not Back to School Day

Oh my goodness! I just realized there are several posts I never uploaded! Really? I was sure I’d done those posts…I guess I just wrote them in my head. (Maybe I shouldn’t admit I do that.) But seriously, how did I not post the Choates’ last visit or Steven’s birthday fun? So, I must catch up.

But first, allow me to share why Not Quite Ordinary Observations never made it up this week.

We were celebrating “Not Back to School Day.”

You see, everyone else in the state of Arkansas headed back to school on Monday. By that point, we already had three weeks under our belts. So, what did we do? We took the day off!

We had to run some errands in “the big city” on Saturday, and we happened to discover that Academy was selling uniform shirts for $4.99. My kids LOVE those shirts! So, we ducked in and bought a few. All three kids loved the blue, and they decided they wanted to be matching for our “not back to school” day. So, yep, they donned school uniforms. I think the hats aren’t quite up to the dress code, though. 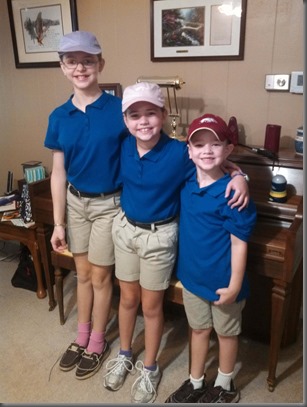 Our main activity of the day was a scavenger hunt of sorts. They weren’t necessarily supposed to find anything other than the next clue, but they loved it!

Checking out clue one. 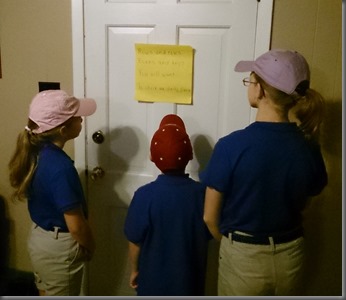 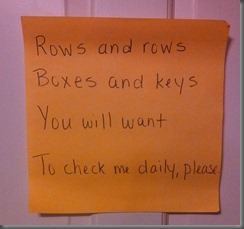 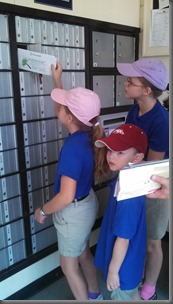 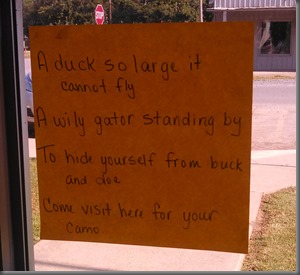 They got that clue VERY quickly. A store in Stuttgart called Mack’s has a huge duck in the parking lot and this gator inside. 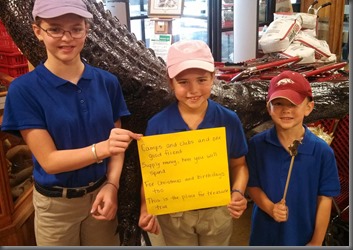 I don’t know if you can read the next clue, but it took them a few extra minutes to get. It led them to the French Seam, the fabric store/Bernina retailer where I have Bernina Club and the girls go to sewing camp.

Of course, it made it even sweeter knowing that Mary Ann was working! 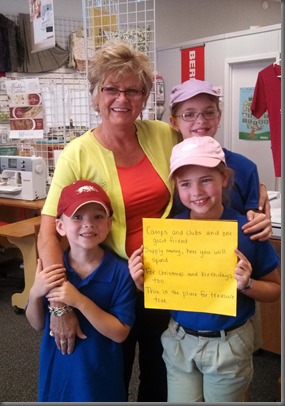 They quickly found the next clue and had no trouble figuring it out. 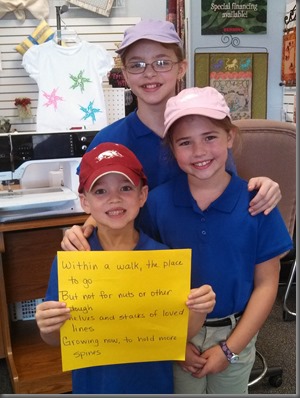 It led us straight to the library where we managed to sneakily stick a clue to the circulation desk while they weren’t looking. 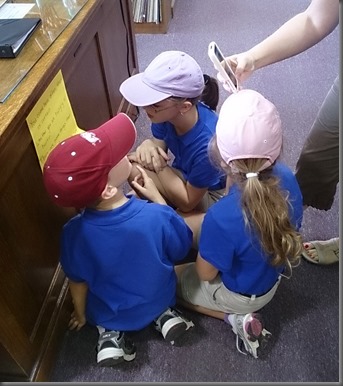 The last clue took them a few minutes. They were thinking it referred to a restaurant. But, we had a better idea for lunch. And, can we really make a trip to Stuttgart without stopping at Wal-Mart? Unfortunately, no. 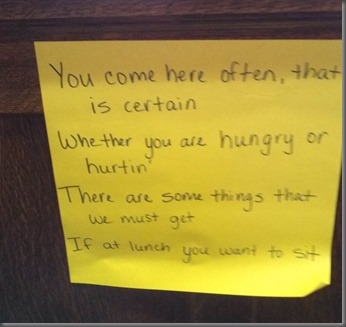 We ran to Wal-Mart for all of the necessities for bacon cheeseburgers. YUM! While Doug and Steven manned the grill, the girls and I whipped up our traditional promotion day cookie. 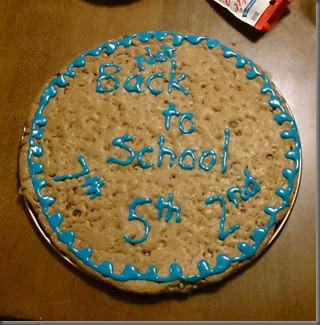 Then we handed out school supplies. They didn’t need much this year, but Doug found them new crates and a few goodies, both necessary and fun...like penguin bowling! 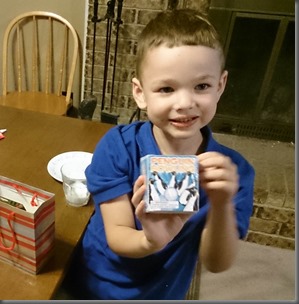 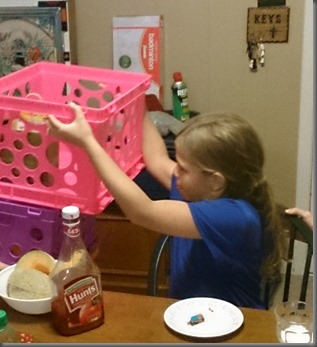 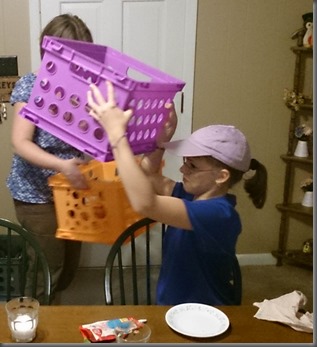 After lunch Doug and I needed to buckled down and get some work done, so we expected the kids to run off and play. But, no!! They cleaned the kitchen without being asked and then remembered all on their own that they needed to put clean sheets on their beds.

I have awesome kids!! (Sorry…couldn’t resist a bragging moment there.)

So, it’s now official. They have been promoted, and I now have a 7th grader, a 5th grader, and a 2nd grader. Here’s to a fun new year!

Herding Grasshoppers said…
Hurray for NOT back to school :D