Have you heard of Throw-back Thursday on social media? Well, I never have participated, but I’m creating my own today: Flashback Friday. Finally getting all of our celebrations uploaded! I do this more for our memory’s sake than anything else, but it’s fun to share with those who like to see what we do around here.

First, Steven’s birthday! He woke up EARLY!!! I intended to have this banner and the balloons hung before he woke up, but he was up shortly after 6:00. Think he was excited about turning 7? 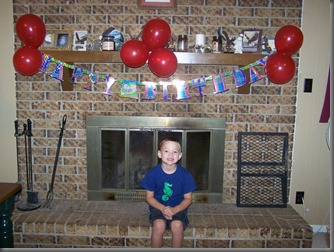 He big meal request was for breakfast. Pancakes, sausage balls, eggs, and bacon. We used the delicious pancake mix the Choates brought us on their last visit. Yummy!!! 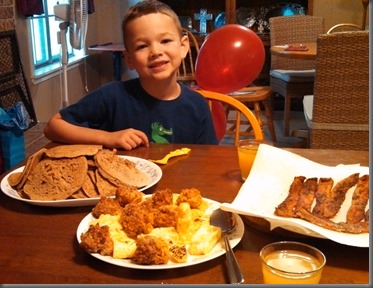 Meanwhile, Daddy surprised Steven with some fun-shaped eggs. Doctor Who fun makes yet another appearance in the Hibbard household! 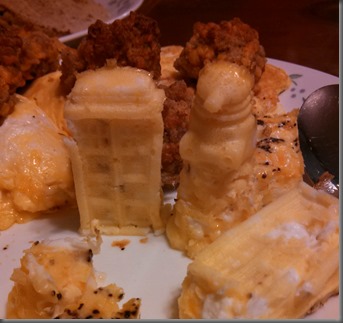 Steven decided he wanted his presents first thing. So, we moved from the breakfast table to the gifts. A bottle “sock” and adorable card, as well as a few other cute homemade things, came from Angela. Olivia made him a pillowcase. And he was delighted to finally have a new pair of cowboy boots after outgrowing his old ones! 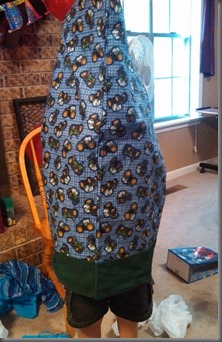 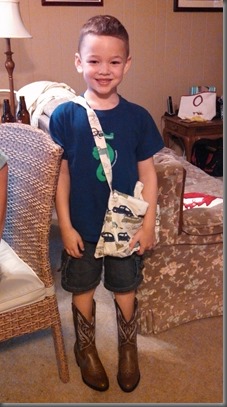 After breakfast, we hit a little snag when we lost water. Apparently some work was being done on the lines a block or so away, and it left us water-less. It’s really tough to decorate a cake with no water, especially when the stand mixer bowl has been used for something else and needs to be washed in order to make the icing! Fortunately, the church was on the other side of the work, so we packed up and headed to the church. The kids played Legos while I decorated. 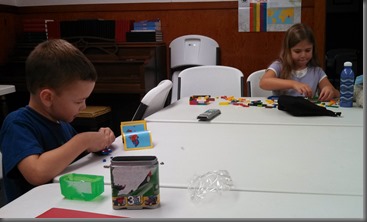 The cake of choice? A Millennium Falcon. 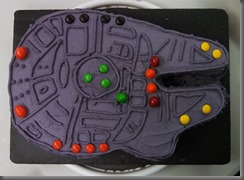 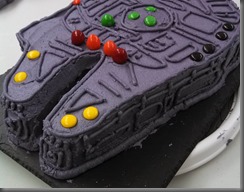 It met with his approval! 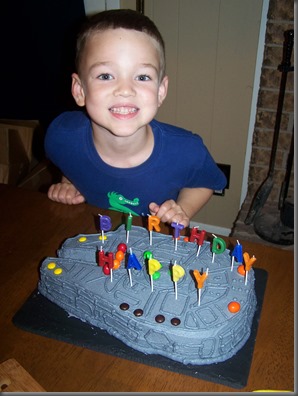 But, Steven’s biggest birthday celebration was yet to come. He has been counting the days until he could get his very own library card. In fact, on his sixth birthday, he informed me that he didn’t care what else we did on his seventh birthday as long as we could go to the library THAT DAY!

So, go we did! Our precious librarian was sooooo excited! 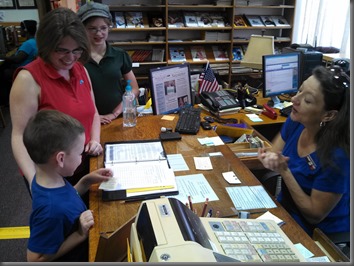 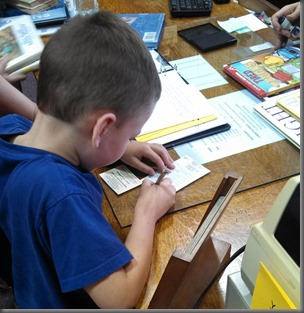 He was pretty proud, too!! 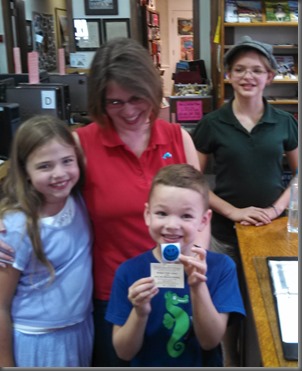 All in all, a lovely birthday celebration for our big seven-year-old!
Email Post
Labels: Celebrations

Herding Grasshoppers said…
Oooo, I love that he wanted a library card :D Great cake, too!

What is a bottle sock???

The Hibbard Family said…
A bottle sock is what we call a sleeve that a water bottle can fit into!
September 14, 2013 at 7:46 PM