Monday night was a wonderful first for our family – our first Blue & Gold Banquet! The girls wore their AHG uniforms in honor of their brother and in support of AHG. Since we are a Trailblazer unit (an independent opportunity for girls who live too far from an established troop), we have to create opportunities to publicly support AHG. This was a fun opportunity! 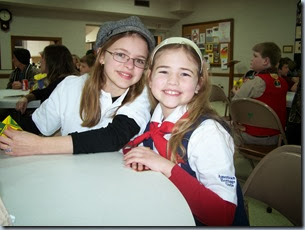 Steven, with the enthusiastic help of Doug, has worked hard (and with great excitement)since joining mid-fall. 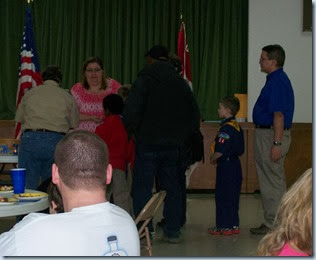 First, he was awarded his Bobcat, the initial goal of all new Cub Scouts. 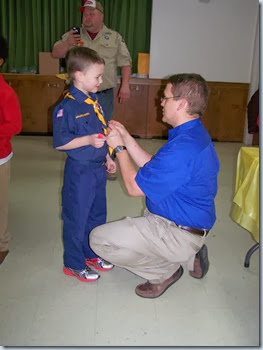 But, he also had pushed very hard to catch up with the rest of the group to earn his Wolf. He was very, very proud to have made enough progress to be included in that award! 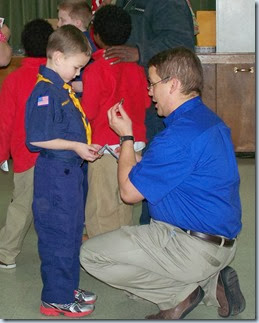 I think his daddy was a wee bit proud of him, too. 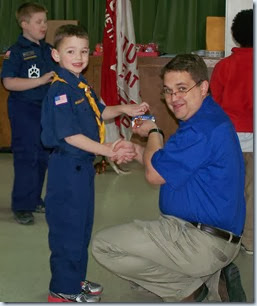 His mama is not proud at all. Nope. Not one bit. (That little man on the far right is one handsome kid, don’t you think?) 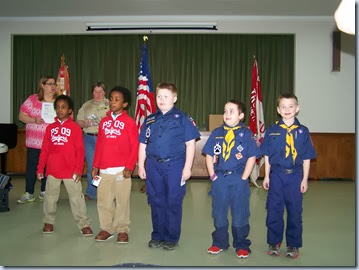 Steven is now officially a third generation Boy Scout. My prayer for this sweet young man is that, whether in Boy Scouts or otherwise, he will grow in the values that have traditionally set scouts apart, combining those with the spiritual values of his faith. I’m so excited to see how God grows him in the coming years! 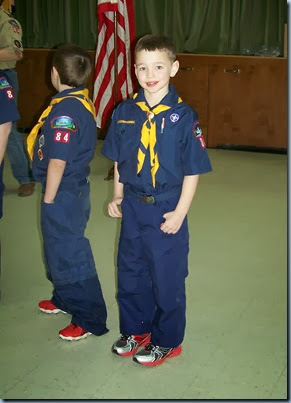