Excitement in a Small Town

The recliner in the library has become a favorite spot for Steven this week. Why? Because it’s right next to the big front window. 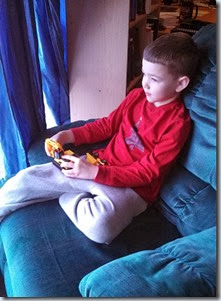 And why is the big front window such a big deal? Well, it probably has to do with the scene across the street. 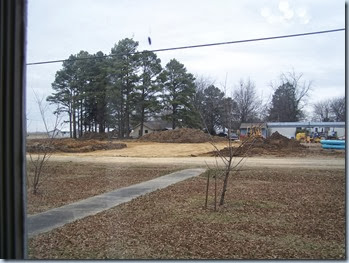 It doesn’t look like much in this picture because it was a slow work day. But, this week, the small field across the street became a busy  construction site. I’ll have to get more pictures on a day when there’s more activity!

Construction is not a very common thing around here. This is a small town. A VERY small town – we only have stop signs on the roads that connect to the highway. The town itself is only about six or seven square blocks. The population, which currently rests just under 300, includes people who live on outlying farms. Very occasionally a new house is built. Sometimes a shed goes up. But this is different.

This is a convenience store!

Meanwhile, a local farm co-op has decided to build a store in Almyra, and everything fell into place for them to build on the vacant lot across the street from us. Now, instead of watching a hay baler come through every few months, we get to watch construction equipment for the next little while. Steven is having the time of his life! And the girls are enjoying it almost as much! 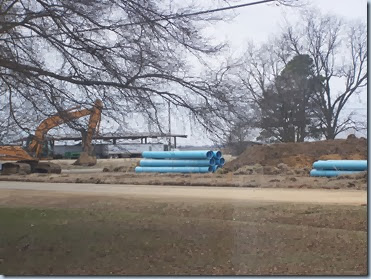 So, at least once a day, Steven hops into the recliner with a lap full of road construction trucks and watches the fun. Other times, he spreads everything out on his floor to do building of his own. Definitely memorable excitement for a seven-year-old boy!

Herding Grasshoppers said…
What a lot of fun for Steven especially! I bet that will really change the flavor of your neighborhood.

The Hibbard Family said…
It will, Julie - the flavor of the whole town! But, people don't accidentally come to Almyra. So, that will have an impact.
February 3, 2014 at 5:20 PM