Cloudy, a bit gloomy, chilly, but also refreshing. We are cleaning up Christmas stuff so we can rearrange pretty much the entire downstairs area. So excited!

It’s that strange week between Christmas and New Year’s. And it’s a full week since the two holidays fall on Sunday this year. On the one hand, I still want to be in vacation mode. On the other hand, it’s nice to have a whole week to slowly roll back into routine instead of having to jump back in quickly.

It’s much easier to waste time than to use it productively.

“We are worshiping the God of the universe, and kicking back like we’re listening to a boring lecture or watching a Sunday afternoon golf match simply won’t do.” – Dr. J. Scott Duvall in Heart of Revelation

First, the above quote. I’m realizing that my attitude of worship is narrow and minimal right now. It needs to change.

Second, structure for the rest of the week. I still have a good bit to do to be ready to get back to full-fledged reality on Monday, but I am determined to maintain peace and not allow that overwhelmed, stressed feeling to return. So, it’s not just that the to-do list is on my mind…I am truly trying to enter 2017 with a different attitude about my schedule and list.

The Choates made it safely back to Honiara after some crazy last-minute scrambles to find transportation when their normal ship canceled its post-Christmas trip.

Something about My Children

I’m not sure they are as enthusiastic about household rearranging as we are. Poor kids. They are doomed to live with parents who like to change things up every few months, just because it’s time.

It all makes me realize, though, that the stability of five years in one place (Almyra) has impacted them more than the several moves we experienced when they were little. Those were pretty formative years. We did mention, though, that rearranging is easier than moving. They agreed and are now more comfortable with the idea of a rearrange!

And yes, Doug and I are crazy. I’m sure you’re not just now figuring that out, though.

I can show you the sewing project from last week now! Most of our Christmas decor is meaningful and Christ-centered. But, this idea was just too fun to pass up. The kids loved them! 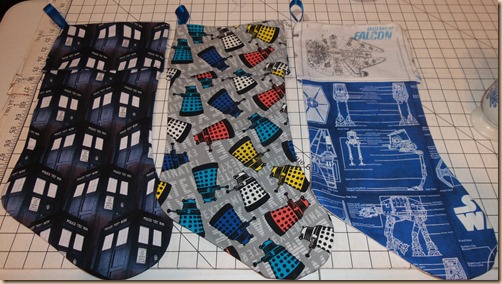 The two weeks off have worked wonders. This week I’ve already made the tweaks and updates necessary for the new semester, and I’m more enthusiastic about getting back to it next week. None of us are super enthusiastic about the grading “party” we need to have this afternoon to catch up on what we didn’t get grade before Christmas break. But, it won’t be too much.

Something that Makes Me Smile

Steven got ahold of my camera the other day. Or we were playing together – I can’t remember which. He’s such a goofball! 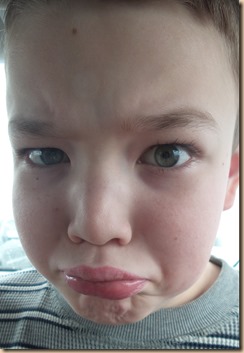 Other than the Last Great Rearrange of 2016, we still have extended family get-togethers coming up. The Hibbard side will be a couple of informal meet-ups, then we’ll have the Browning gathering next weekend.

Beyond that, finishing up last minute projects and clean-ups to be ready for a new week, month, and year!

Choate Family said…
My hubby likes to rearrange the furniture often, too! I also find that I'm a better housekeeper when we rearrange, because then I find more dust bunnies :-)
December 28, 2016 at 11:44 PM