Homeschool parents of littles often look forward to the time when their kids are older and it will be easier to take field trips. But, we don’t think about balancing that with a busier schedule overall as our children get older. That, combined with a fuller schedule now that we’ve moved to Little Rock, has tended to reduce rather than increase our number of field trips as the kids have gotten older. We’re trying to become more intentional about getting back to field trips.

Last spring when we went to the Space & Rocket Center, we found it was more cost-effective to snag a membership to our local reciprocal science museum than purchase a one-day pass to the Space & Rocket Center. So, that left us with the opportunity to head to the Mid-American Science Museum at any point between then and May of this year. We finally had a chance to use that membership last month.

I asked the kids to each write a paragraph or so about our trip. Here’s what Olivia & Steven had to share.

As the collective nerds we are, our family went to the Mid-America Science Museum in Hot Springs for fun. The science museum is an interactive museum, so we got to touch and feel and play, while qualifying it as a school trip. Daddy and I made a short video of a stuffed hedgehog attacking two snowmen by taking multiple frames and stringing them together at a high speed. Then, Daddy and Steven launched balls using different motors. Then, we went down to a shadow room where a bright light imprinted our shadows on the wall. We played with mirrors, and learned that in the right light, a reflection can look very real. We learned about the soil makeup of different parts of Arkansas, including the interesting mix of Arkansas county, which we are personally familiar with. 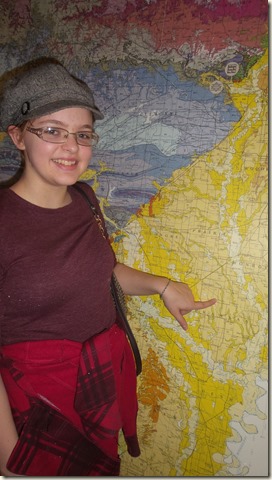 My favorite part was experimenting with gears. 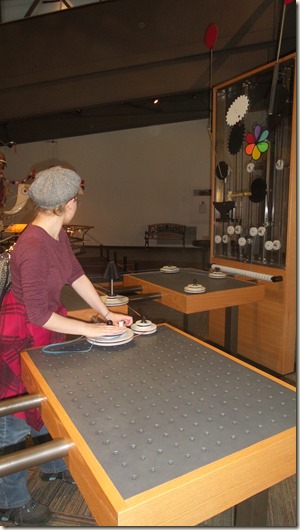 I was attempting to use a number of gears and some rubber bands to stretch from the motor on one little table to the series of reactions set up on another table. Sadly, one of the gear’s lining was twisted, so I couldn’t make it work, but I enjoyed the inventing. 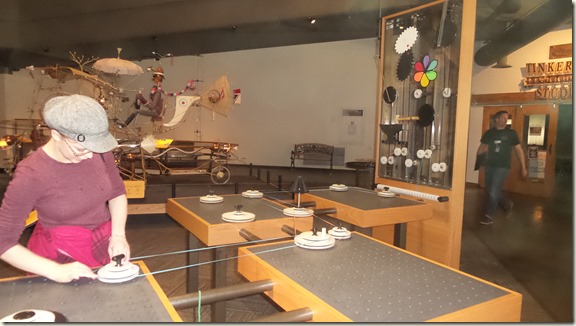 After all the things inside, we went outside to a walk that let us do a good bit of climbing. There was a giant circular rope netting that looked like a cross between a hammock and a trampoline. Angie’s reaction was to plop down in the middle and start reading while Steven and I tried to see how fast we could run around her. 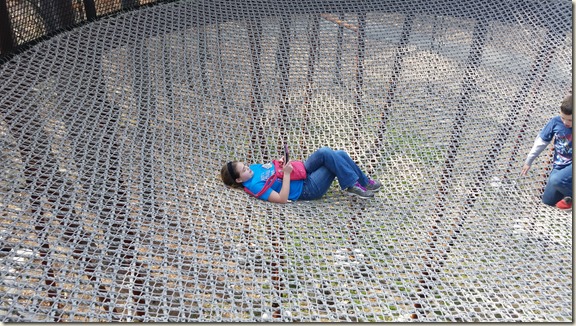 Set apart a little were single ropes, thoroughly surrounded by netting up above my head. Even so, walking across them was not easy. 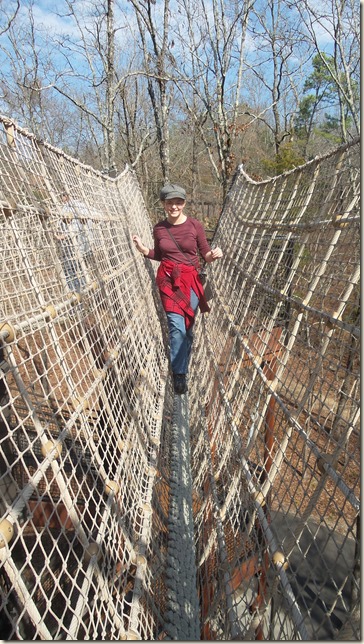 One Friday we went to the Mid American Science Museum. One of my favorite parts was the “kitty litter display maker.” (Note of explanation: It was soft, clay-based absorbent that we were able to play with, so it was dubbed the “kitty litter” display by our silly children.) You could make rivers, dams, reservoirs, and rain. 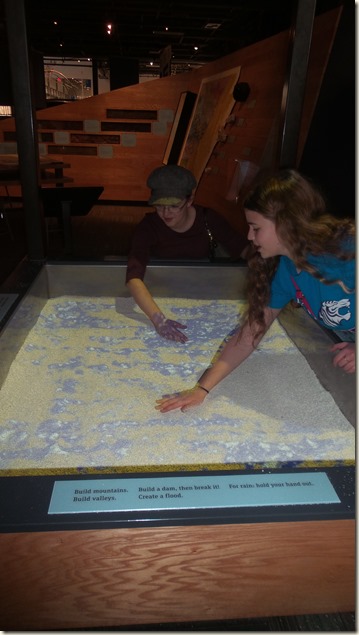 You made it rain by putting your hand over a part of the box. You made dams, rivers, and reservoirs by moving the “kitty litter.” 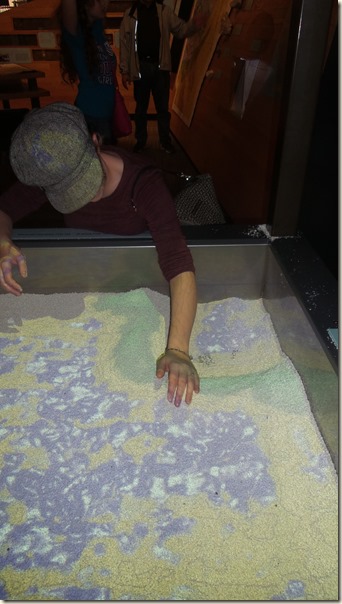 So, what did Angela have to say?

Well, she decided a paragraph wouldn’t cut it, so she wrote a whole report!! Hers will be part two.

The “kitty litter” display really was neat. A projector sensed the changes in the depth of the clay-based absorbent and colored it accordingly, with blue water for the lowest areas and green for the hills

One more thing I enjoyed was a music maker that Angie fiddled with for a little while. 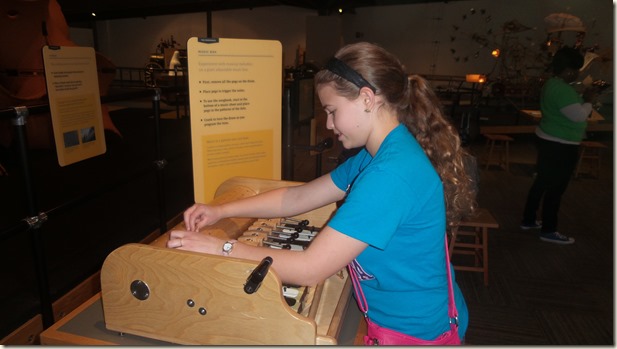 The cylinder at the back had holes that Angie could put pegs into. Then, she turned the crank on the left, and the pegs would strike the keys and create a tune. Not all of the pegs stayed in well, but she was still able to make some pretty music, including some chords.

Meanwhile, Doug and Steven had another chance at stop-animation – this time with dinosaurs! A stegosaurus and t-rex, nonetheless. They had fun creating their short video sequence. 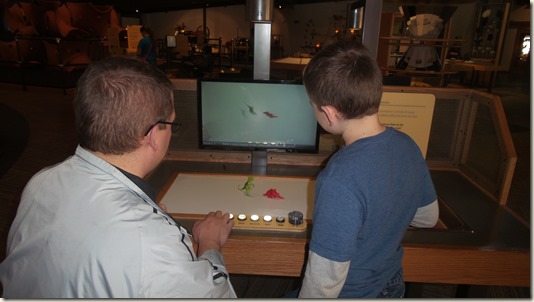