Our Week in Photos

We were so blessed over the past week to have had a place to camp out during the day to avoid filling our yard with not-so-pleasant contents! :-) Here are some snapshots of our week...

We spent Saturday afternoon, Sunday, and parts of other days up in the youth room. We had lots of space to spread out, and the kids enjoyed playing up there. 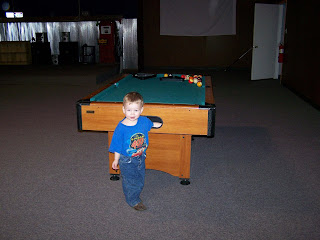 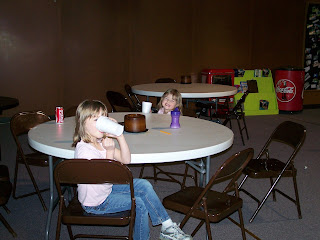 Each morning we found a variety of activities to keep us occupied. I brought craft supplies and the kids - especially the girls - spent a good bit of time putting together Valentine crafts to exchange on Valentine's Day. 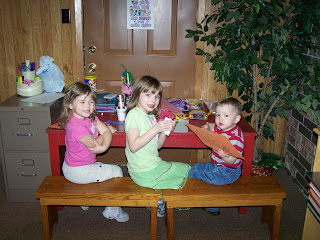 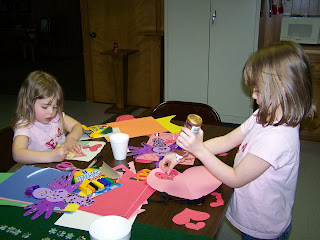 On the other end of the table, you can see what I spent time on while the kids were crafting and playing! It's a photomosaic puzzle of Pooh in his thinking spot. I've been working on it since Olivia was a baby! Not the easiest puzzle in the world...it's been a while since I've pulled it out because I wasn't seeming to get anywhere. I'd only managed to get Pooh himself assembled. Through the course of the week, though, I was able to make a lot of progress on the background. I might actually get it finished at some point! :-) 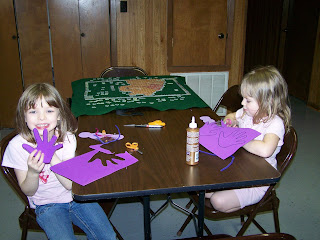 In the afternoons we put Steven down for a nap while the girls and I worked on school. It was nice to have that essential diversion to fill a few hours each day. 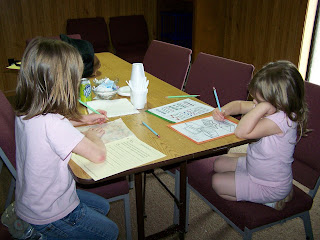 We tried to be creative in keeping Steven occupied as well. He enjoyed coloring, 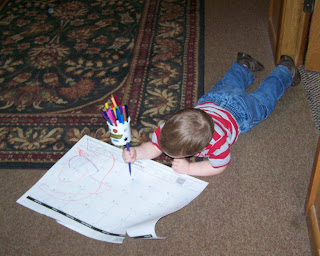 playing peekaboo with Bob and Larry, 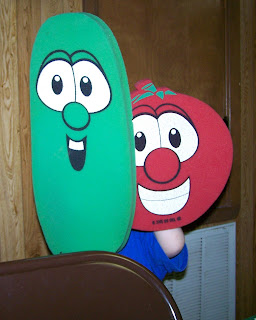 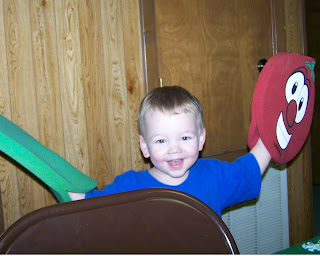 and blowing bubbles, always a favorite past-time for our active boy! He blows them and then tries to catch them - and is getting pretty good at it, too! He can catch three or four bubbles from one blow before they hit the ground! He gets excited as they stack up on his wand. 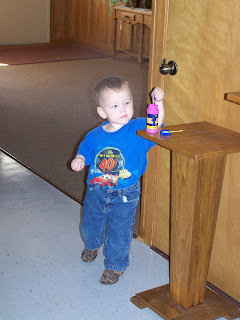 His favorite activities revolved around the "ramp." In the hallway up from the offices there is a slight incline. Steven had his Little People with him a couple of days during the week, and he would take all of his little carts and wagons, prop them up at the top of the incline, and then gently push them down the hill. He would then cackle and squeal with delight! But, his greatest fun came from riding his Pooh airplane down the hill! He'd slide down and then push himself back up backwards! Such a silly child. Here's a sample of his fun...

It was a long, tiring week, and we all fought grouchiness off and on. But we were - and still are - so blessed. The kids were great, and now and then it's not bad at all to be pulled from normalcy and reminded of the ways we are blessed in the life we live. That's where we were last week. We got to spend a whole lot more time doing things we don't normally get to do - me and my puzzle, the girls and their crafts, and all of us goofing off with Steven (learning, for example, that he has already figured out how to distinguish boys from girls!). I am so glad to be home, but I'm thankful for the week, too. God is always so good!
Email Post
Labels: Daily Life Hibbard Elementary Video