I thought I'd stop and give you a little packing update. It has nothing to do with taking a break. No, nothing at all! :-)

Actually, the break is a rather forced one. Our move is being postponed for a week. There were some issues with getting work done at the new house, and it won't be ready for a full move-in on Saturday - although we might be able to take a few boxes to get them out of here. It should be ready by Monday, but Doug and I will be out of town Monday through Wednesday. So, late next week it must be.

Fortunately, we found out before we got too far in packing - I'll probably have to unpack some of the school stuff I packed today so that we don't go too insane or get too far behind with the delay. But, that shouldn't be too hard. I think everything we need is in one of two boxes. YAY!

This move has been a bit different - it's the first time in a long time we've not had a baby during a move. That's been so nice! Yesterday the kids were all three quite helpful. Take a look...
Steven helped with the kitchen packing. 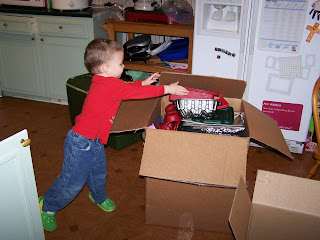 The girls packed all of my fabric - and it was a big job! 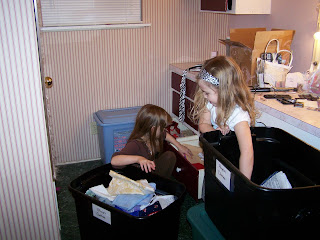 The kids also made sure they were packed and ready to go! 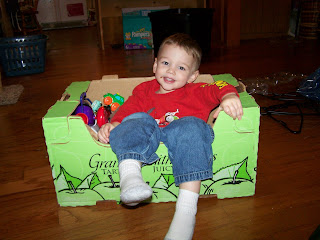 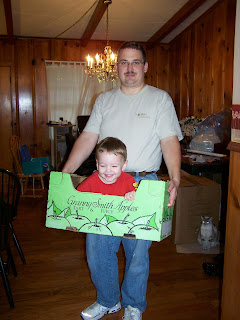 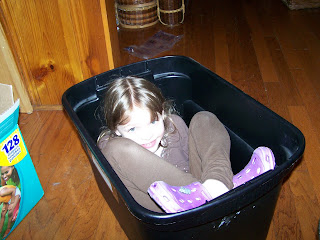 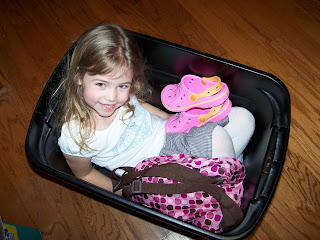 Today has been a little tougher. Steven still doesn't handle chaos too well, and he was ready to be done with the move today. A little bit of Toy Story while curled up on the couch did help some, though. Please pray with us for him through this delay. Fortunately, he'll be at Grandma and PopPop's Monday through Wednesday, so that will help a bit! 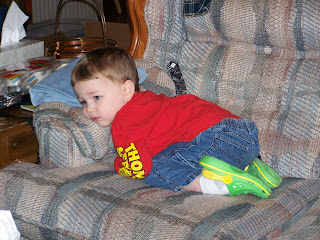 And, that's the update! After the move is finally done, I'll share the beautiful fall pictures from our trip to northwest AR last weekend!
Email Post
Labels: Daily Life

Herding Grasshoppers said…
I'm with Steven... the chaos is hard on me :0)

Can't wait to see pics when you're settled in your new place!