Saturday we loaded up for a visit to Monroe. It was Pop Pop's birthday, so we had the chance to celebrate with him. And, in the midst of some of our other errands, we stopped off a a pumpkin patch! 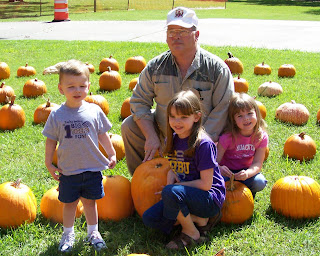 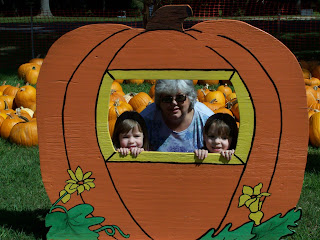 There were rows and rows of pumpkins of all shapes and sizes, little areas for picture stops (some of those will come tomorrow) and a pumpkin maze to walk through! 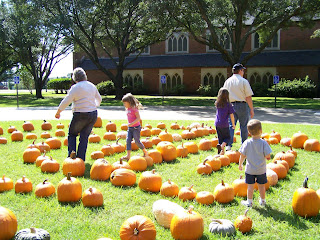 Then, it was pumpkin picking time.

Grandma had one rule - the kids could pick any pumpkin they wanted as long as they could carry it themselves! The thought was that we would have three sweet little pumpkins. I think maybe we underestimated our big, strong girls.

Olivia thought these were cute, but way too small! :-) So, she kept looking... 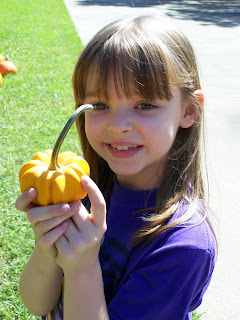 Steven, meanwhile, was the man of the hour, pulling around the wagon to be ready to collect everyone's pumpkins when they were selected. 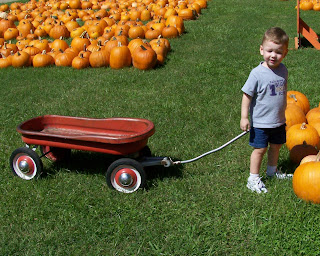 One by one, they began to find their pumpkins. 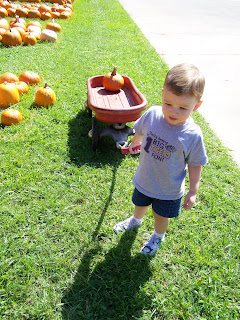 And each successive pumpkin seemed to grow in size! 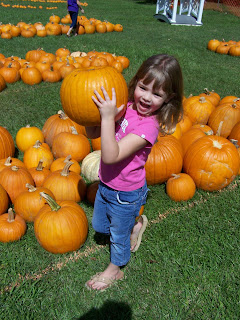 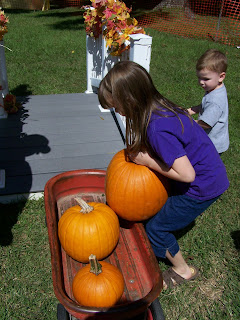 But, my sweet big boy was still able to handle even such a load as this! 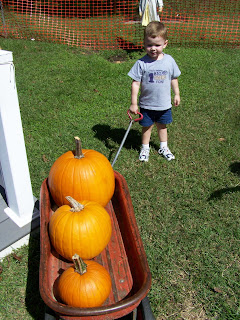 It wasn't until the last pumpkin was added that he needed a little extra help. 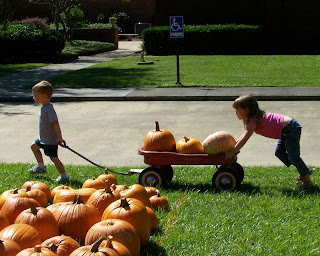 Despite some hungry, whiney moments, the kids left very excited about their pumpkin treasures. All the way to lunch they talked about all the things they could do with their pumpkins! Sometime in the next few days, we'll be carving into them, harvesting the fruit for pumpkin bread, pumpkin pie, pumpkin rolls, pumpkin cheesecake....I think you get the picture. YUM!