It has been cloudy for days. Many, many days. Not really rainy – just cloudy, gloomy, and even four or five days in a row of fog.

Today was supposed to be another cloudy day. But, as we were out running some errands this morning, we saw the sun start peeking out. Then it peeked out some more. Then the clouds really started disappearing!

(Carry, also dubbed Super Magna-Cow, decided to climb a lightpole to see if she could reach the last few clouds!) 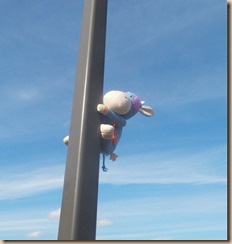 We were on our way home for lunch when Doug said, “This sunshine makes me want to stop by a grocery store and pick up picnic food instead of going home!” The idea was, naturally, met with enthusiastic agreement. 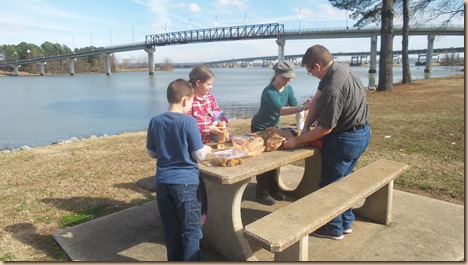 We picked up a package of cold friend chicken and a few sides, then headed to Two Rivers Park where the Arkansas and Little Maumelle Rivers come together. 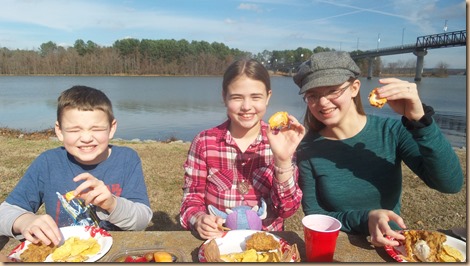 We found a picnic table and spread out our lunch. The kids were most excited about the cheese we got to go with their chicken. Because, after all, we are a cheesy family! 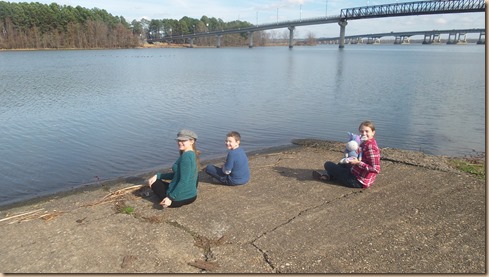 After lunch, the kids went and sat on the boat ramp to watch the ducks, which were originally right up close to the ramp. By the time I got over there with the camera, they were that thin strip of black you see close to the other bank. 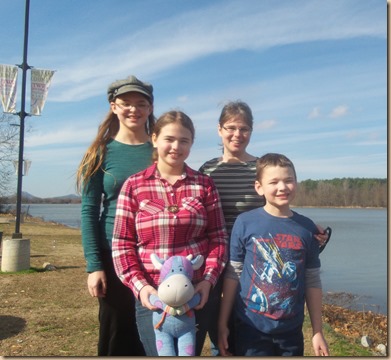 We took a few more pictures, ran around a bit, then headed back home so the boy could play with his dog and the girls could ride their bikes around the neighborhood. What a perfect Friday! 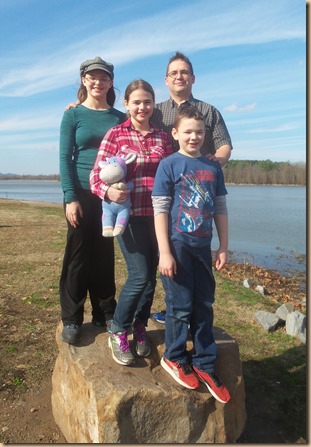