I'm so excited - I think I just might be coming back to regular blogging!!!  I had to slow down when we started school this year, and I've been working on a way to come back since then.  I think Doug and I have managed to come up with several tricks for keeping up with the writing we want to do, so hopefully Hibbard Five will be back to regular updates.

This week we're thawing out.  Just to make one thing clear, we love winter!  But, we are also southerners. In fact, we currently live far enough south that a typical winter day is highs in the 50's, occasionally 40's, and lows no lower than the 30's.  So, our homes, cars, wardrobes, and bodies just aren't accustomed to temperatures staying below freezing!

So, despite the fact that we've enjoyed some "real" winter, we are glad to be staying above freezing for a little while.  But, we are still hoping for that snow we never really got last week!

I was going through pictures the other day and realized there were some cute ones that I haven't posted.  Here are a few - some Christmas pictures are coming soon!

Steven in his new flight jacket, just like Pop Pop used to wear! 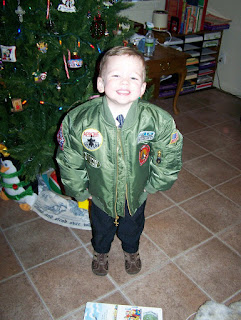 Playing baseball in the hall when it was too cold to play outside. Olivia is catching at the other end of the hall. 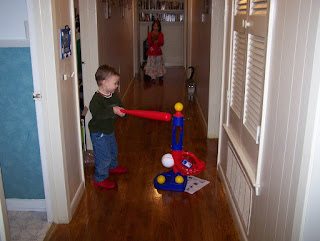 Steven taking full advantage of school in the living room by "getting" his big sister while she was working on math.  They're so silly! 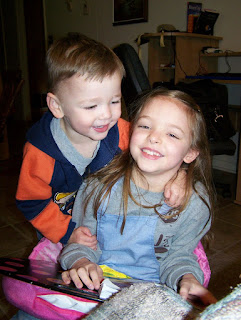 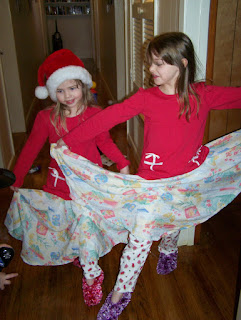 Olivia "excavating" a shark tooth from sediment (a Christmas present that she's using to supplement her school research project on great white sharks). 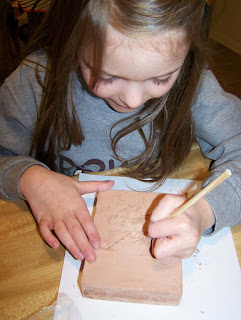 Steven chilling out - notice the remote in hand!!!  No, that is not a working remote.  It's an old one that never worked right.  He claimed it a couple of years ago - yes, before he was even two!  He likes it because the batteries still work and when he pushes the buttons they light up.  But, he has definitely learned what remotes are used for, and that one is his.  Not good!  Not good at all! 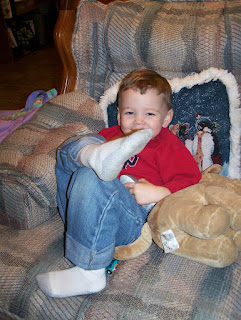