I have not been diligent to use the proper hand positions for typing lately, and I’ve done far too much FB and text interacting on my phone. I started reaping the consequences yesterday – the first hand pain I’ve had in a long time! Do you know how hard it is to do the slow hunt and peck typing that wrist braces require when you’re used to being a fast typist? Yeah. But I was determined to get Liv’s pictures up today, no matter how long it takes! Other than this, though, no typing for me today!

So, without further ado, here are Olivia’s masterpieces! This first clay piece is a doll swing. 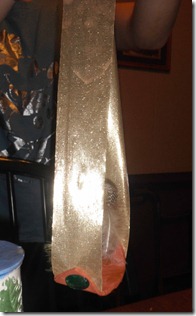 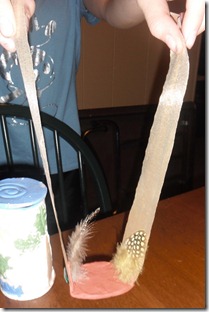 Here is her clay jar. 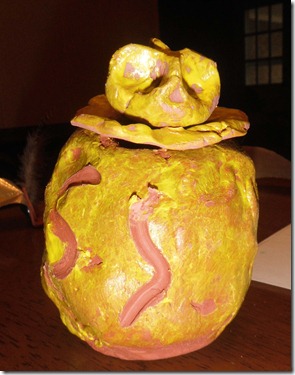 And this is a necklace or medallion. 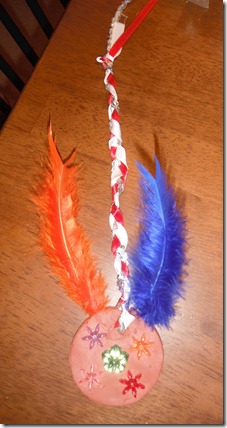 This clay jar began featherless – they were added later. I don’t think it shows up well here, but she cut the word “flour” into the side of the jar when she made it. 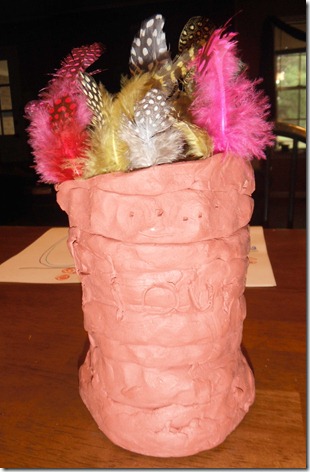 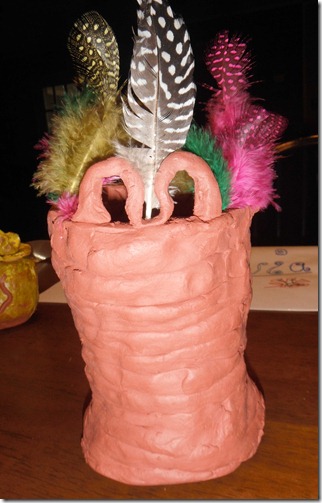 And her ceramics – she calls this a lidded cup. 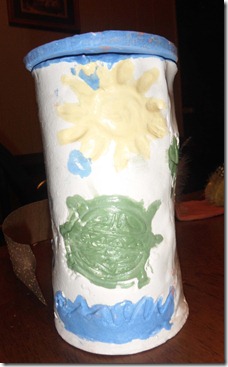 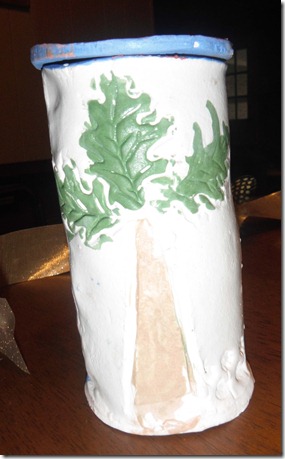 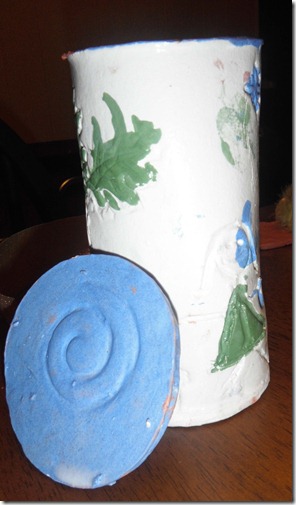 This one is unfinished, but it should end up being an optical illusion, with the circle in the middle looking as if it’s floating above the colored squares around it. 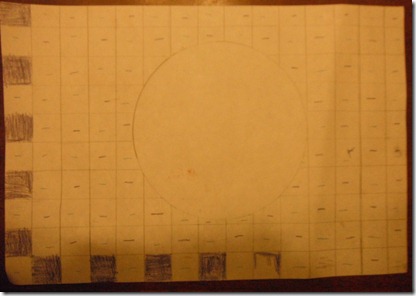 This one is crazy buildings. 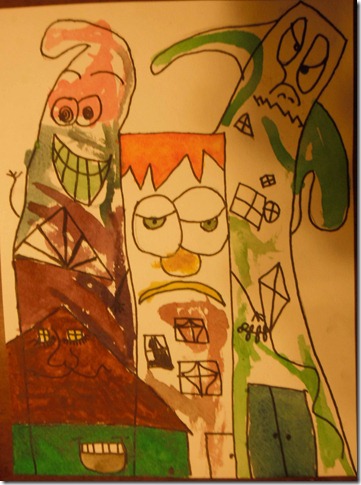 The next two are supposed to look rather vicious. The first is a sketching of the face she was supposed to then recreate on canvas. She colored her face, painted over it with black paint, and then wiped off as much of the black paint as possible to make the face look like it’s an old artifact. 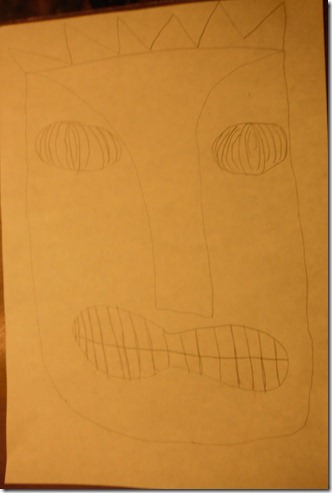 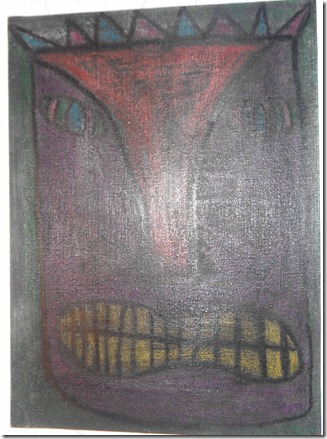 This birch tree painting is my favorite! 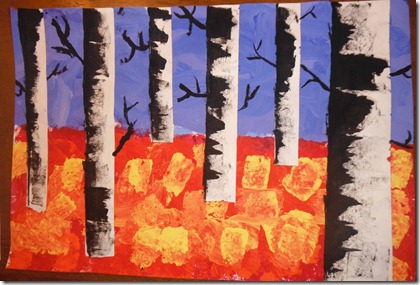 I like this one, too. She sketched her crazy cat on cardboard and then used hot glue to raise the outline. Next she covered the entire thing with foil and pressed the foil down around the dried glue. Finally, she colored the foil with markers. Is that not a fun idea? 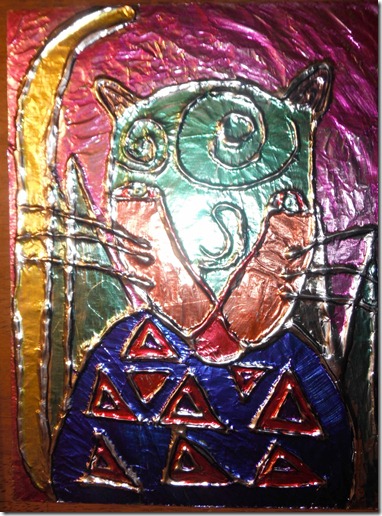 And finally, her ice cream man. 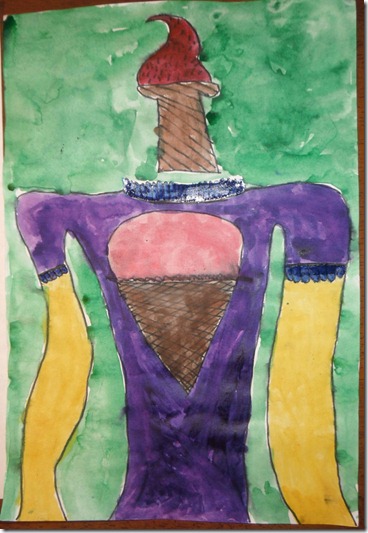