Before I start, let me say that I forgot the camera again. The Kodak has awesome zoom and takes great action shots. So, it is ideal for an even like this. We had our phones, and the cameras on them have higher resolution than the Kodak! Great for shots of the kids up against the static displays. It’s just hard to get much more than small segments of the displays. And we did get some good distant shots of the show itself, but nothing close-up like with the Kodak two years ago.

Having said that, let me warn you that we still took a TON of pictures! I think between the two of us we ended up with somewhere between 100 and 150 pictures. I’ve been trying to wade through them all to decide what to share. This first post will be of the kids enjoying the static displays, and the next post (later this week) will be of the show.

First stop actually had more to do with ground than air! The Army Corps of Engineers had some of their equipment out as part of the static display this year. To the kids, it was Army green farm equipment!! They were thrilled!

The proud operator of this brand spankin’ new grader got up on the front of it to take these fantastic shots of the kids. 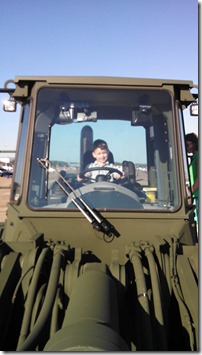 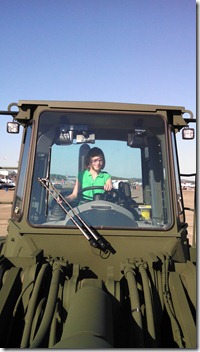 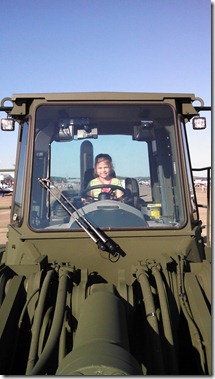 But, my kids see the delight in the big equipment and the littler stuff. They were exceedingly thrilled to hop into this Bobcat! 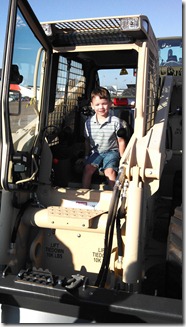 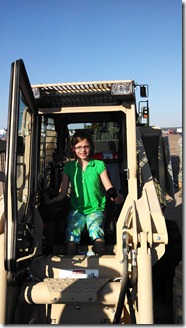 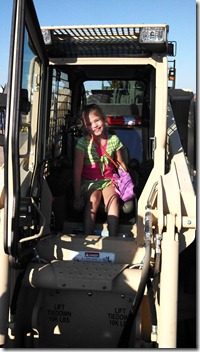 Here they are checking out mobile flight control. 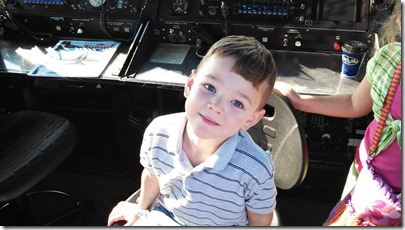 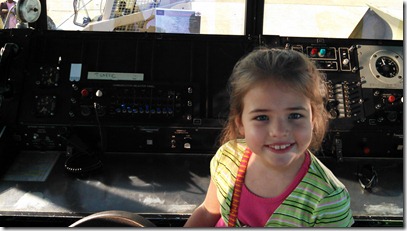 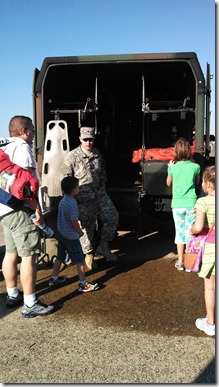 And a very cool Humvee. 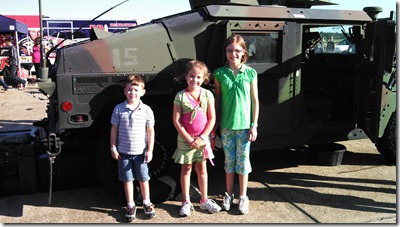 But nothing is quite as awesome as the planes, of course.

We started in the back of a helicopter. 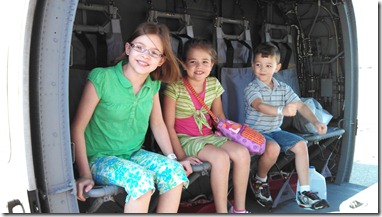 Then they learned about the refueler, which I think is absolutely fascinating!! 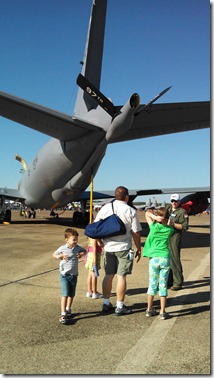 And, even though this was a bomber rather than a cargo plane, This B-52 was still awesome because it came from the base in Louisiana that Grandma and PopPop frequently visit. 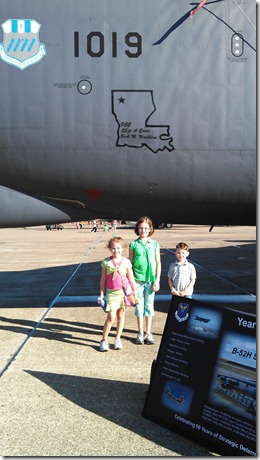 It was pretty cool to get to climb up under the bomber with the bay doors open! 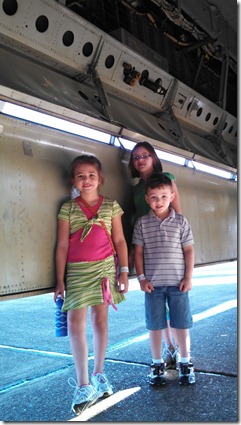 But of course, the highlight of the day is always getting up close and personal with the C-130’s!

This is my favorite picture of the whole day!!! 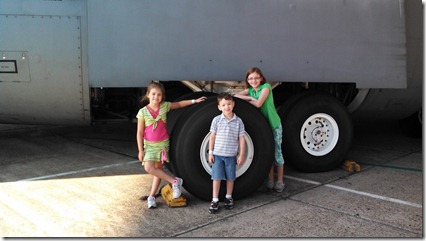 Steven wanted this picture, up under the engine. 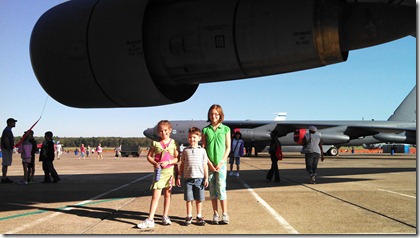 Taking a break in the cargo bay. 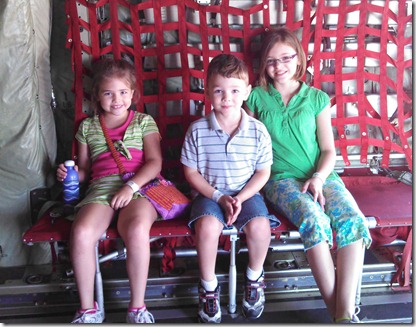 Waiting just outside the cockpit for our turn to go up. 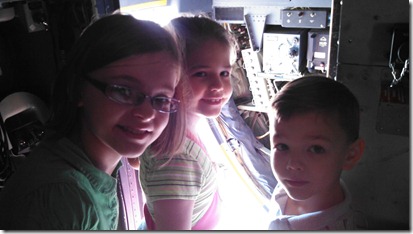 I took them up in a C-130J, which does not have a navigator. So, they got pictures in the pilot’s seat. I know Doug got a shot of all three of them sharing the nav’s seat in another plane, but I can’t seem to find it. Maybe I’ll get to post it later… 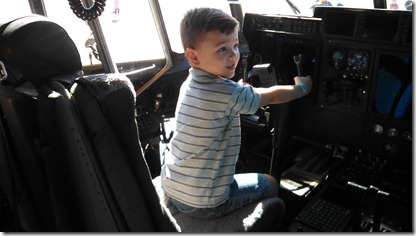 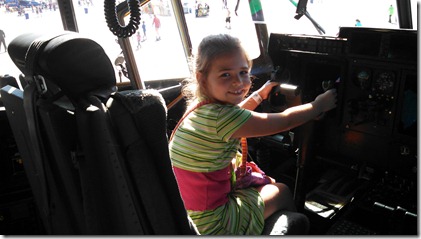 Livie was the co-pilot this time around! 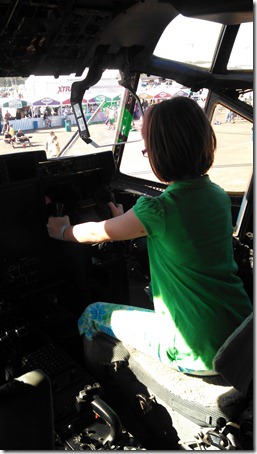 Okay – time for church, so that’s it for tonight! But, stay tuned for more later this week!

Anonymous said…
Looks like a lot of fun! And, the pictures with the phone ARE really good. (You should leave your Kodak in your CAR!). Nanny MOM
September 17, 2012 at 6:05 AM

Doug Hibbard said…
One thing about the KC-135 display is that the Squadron Commander was there, and walked the kids around the outside of the aircraft and explained as much as they could stand about it.

The girls are lovely, as always, but with Steven I see so much growth! He's getting to be such a big boy :D