Okay, so the pictures are from the 26th since the snow fell Christmas night. But, still, it was Christmas snow! Very rare occurrence for snow to fall in Arkansas on Christmas Day! Gotta claim it when it does!

These first pictures are from the side of the house where the wind was the strongest. It wasn’t very deep on that side. 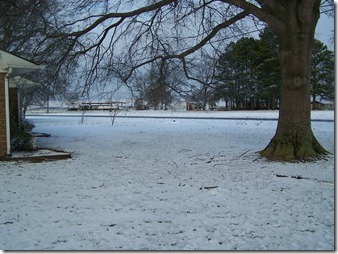 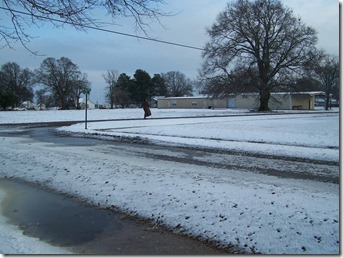 It was a little deeper on the other side of the house. Still windy, but not quite as intense. Even so, we made it about five minutes out there. We southerners aren’t quite used to a 20 degree wind chill! 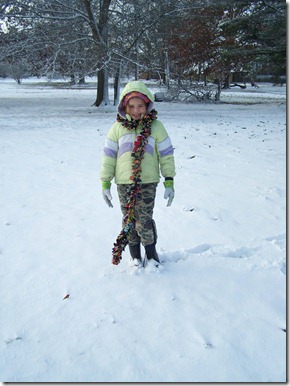 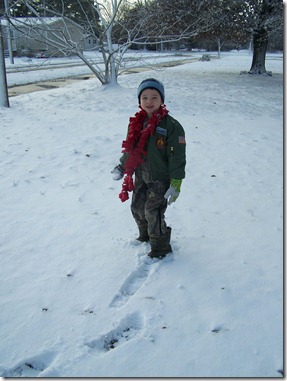 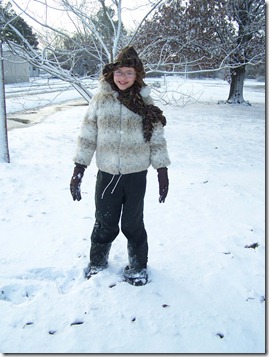 I love to see snow resting on bare trees! 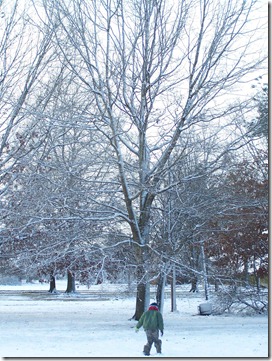 The snow lasted for a couple of days, another rarity around here when it is such a light layer of nice, powdery snow. But, between the lack of direct sunlight and the temperatures staying right around freezing, it just stuck around. What did melt turned icy overnight on the 26th, making it that much harder to melt on the 27th. Finally, the temps warmed up into the mid thirties and rain started on the 28th, so it all melted pretty quickly.

Getting power back on throughout the state has been quite the challenge after this winter storm because of all of the ice. We are so thankful to have enjoyed it without the power outages!

Herding Grasshoppers said…
Sure is pretty! Glad you all had a chance to play in it :D