Skip to main content
Labels
Posted by The Hibbard Family May 15, 2013

I forgot to post these pictures last week…I blame the head cold. I like having something to blame!

I got a phone call last Monday afternoon from a lady at church asking if my children had ever seen a baby possum. She had found one while working in her yard, so we loaded up and headed out to take a look.

When we got there, it was “playing possum.” Except for a couple of ear twitches, it truly did look dead. Mrs. Betty showed them its little human-like hands and long fingernails. Then she curled its tail around her finger. That baby might have looked dead, but the tail definitely still worked! 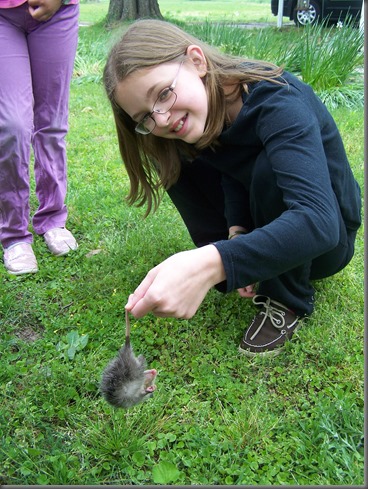 When Steven’s turn came to try to hold it by its tail, it “woke up” and started to wiggle and squirm. 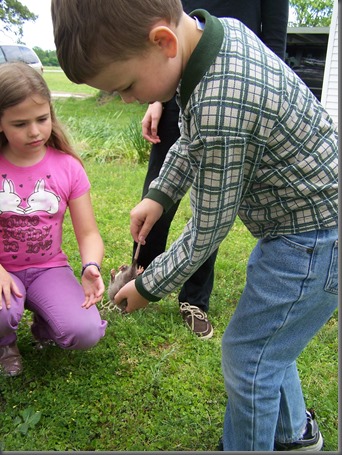 The girls enjoyed holding it and feeling its soft fur as it crawled all over their hands. Olivia joked that it was like a kitten – adorable right now, making her want to keep it as a pet. But, she knew what would happen when it grew up!! 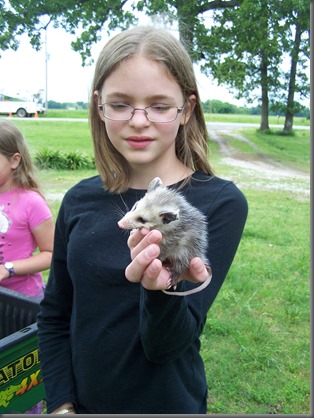 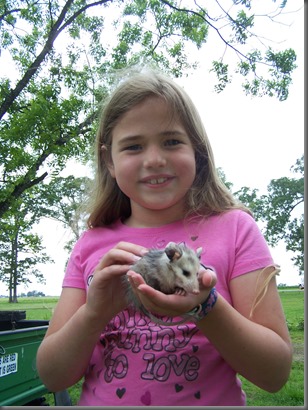 Steven didn’t want to have anything to do with the cuddling and petting. He just liked that tail!! 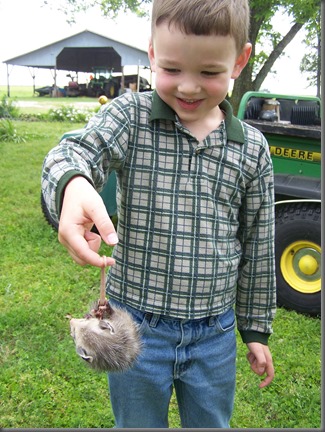