Skip to main content
Labels
Posted by The Hibbard Family May 13, 2013

In the great outdoors...beautiful sunshine, perfectly chilly morning (low 50’s) to walk, and a delightful mid-afternoon high of around 75. This is spring at its best, made even better by the fact that it still feels this way in mid-May! Woo-hoo!

Within our four walls...far too much evidence that I resemble this Dalek when it comes to housework…

Yeah, I need to work on that. Last week I did have the excuse of being sick. This week, though, I must assemble my slave labor precious, helpful children and get caught up.

A heart of thanksgiving...for a continued light mosquito population during the day. The kids have played outside so much this spring with hardly a bite!

Also for the fact that the congestion Doug and the kids are fighting has not turned into whatever mess I had last week.

Random observations...there’s nothing like chocolate and a good cup of Choffy to help with afternoon focus.

My silly son...has clung to the training wheels on his bike. Last year I took them off and tried to help him some, but the terrific heat and horrid mosquito season kept us from being outside enough to really help him learn how to ride without them. Then came yesterday.

Doug was doing some work on the van, and I sat nearby ready to hand him tools and run errands. As I sat, I watched Steven ride around on his bike, noticing that his training wheels were so bent that he hardly used them. I finally mentioned that fact to him, and he asked me to take them off. I did, and then I got ready to help him learn how to start. Yeah…he didn’t need me. That stinker took right off without a second thought and was immediately racing up and down our gravel road and through the yard. (Notice his “audience” in the bottom left corner of the picture.) 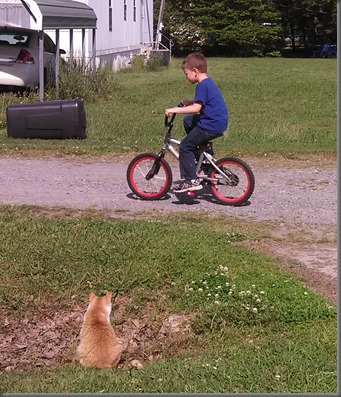 Thoughts from the kitchen...ugh. I still can’t taste anything except the strongest or spiciest flavors. That makes cooking no fun. Although I was able to enjoy the brisket I pulled out of the freezer today. Mmmmm…beef makes it all better.

On my bookshelf...slowly learning my way around this lovely resource… 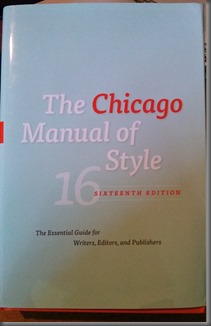 I’m also working through a book entitled Gospel Centered Woman and I have a lot of kid books coming up. In fact, I don’t have a “me” novel scheduled until mid-July! Something’s not right! I think I might have to remedy that.

Projects...my bolero is done! My next one will be cream colored, made from some delightful alpaca yarn Doug gave me for my birthday. 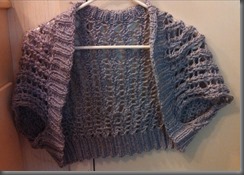 Oh, and here is Olivia’s shrug. I was hurrying it to finish it so she could start wearing it, but then our weather has been too cool for sleeveless! (Nope, not complaining – just stating a fact.) 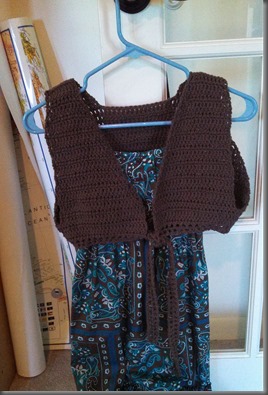 Next up: finish helping Steven with Olivia’s birthday sock doll. I’m probably going to knit a quick and easy dress for the doll, just in case we don’t have time to sew up an outfit together.

Also, I’m going to make her one of these easy nightgowns. This is one thing I can thank Pinterest for. Typically it scares me, but occasionally I find something I can repin. (The picture links to the nightgown tutorial.) Sounds of the moment...nothing much. Of course, my ears are still rather stopped up, so that doesn’t mean much!

Last week we learned...ummmmm…just how light school can be when Mommy is sick and we’re about done with a core! How I love flexibility.

A favorite thing from last week...coming out of my fog.

The planner...finish Sonlight Cores B & F by Wednesday, leave Thursday to head to see the Choates! Nah, we’re not the least bit excited. Nope. Not at all. Oh, and the kids have not stated their intentions to stay in Dallas either. Nope.

Because visuals are fun...well, I’ve already given you several, but here’s one more precious glimpse into my world. 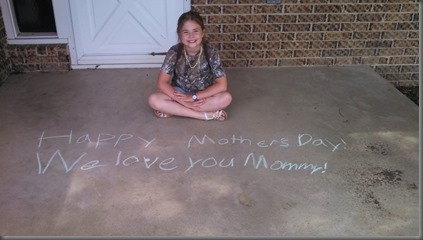 Herding Grasshoppers said…
Sorry to hear you've been sick - it always seems so unfair in the spring! But hurray for the flexibility of homeschooling, and great kids who manage when Mom isn't well. Hope you're all better, soon!