For the first time in nine years, the Choates and Hibbards live relatively close to one another. Not quite as close as seminary housing, when Joanna and I could join our sweet friend Charlene for a brisk walk every morning. But, it’s still just a 45-minute drive from house to house, and Little Rock is right in the middle. I call that a win!

This week, our in-the-middle meeting point (moms and kids only this time around) was the Historic Arkansas Museum. 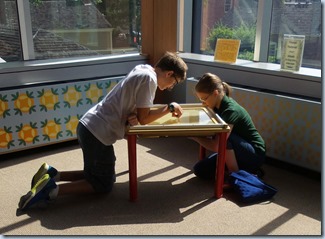 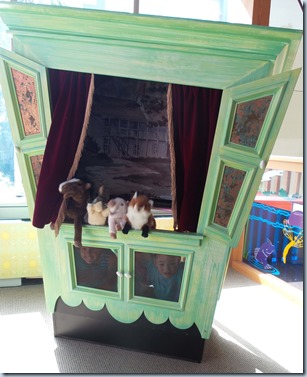 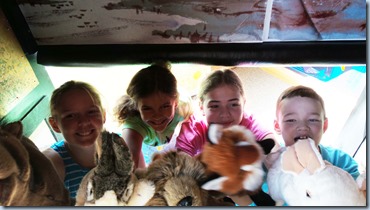 Much of the indoor exhibit space is currently under reconstruction, but we arrived shortly before the next grounds tour was scheduled to begin. So, after spending a few minutes in the children’s area, we headed outside.

This particular museum began out of a desire to preserve early Little Rock history. Original homes and buildings dot the museum grounds, some transported and others simply restored where they stood. A couple of other buildings were destroyed over time, but have been rebuilt according to the original specs. 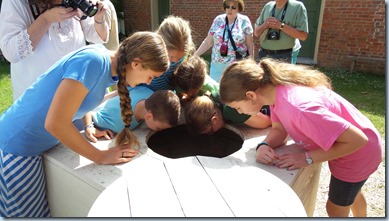 As Sonlighters, both of our families have learned to love living history! 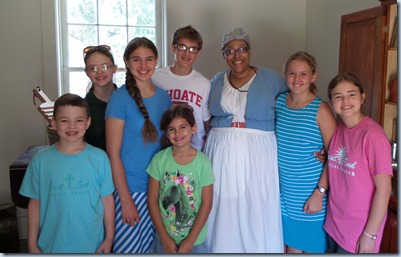 The printing press was a delight for all seven book lovers. 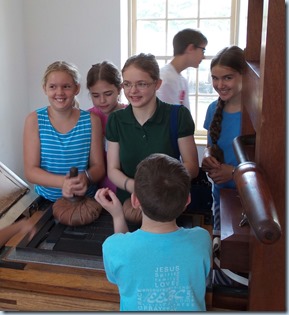 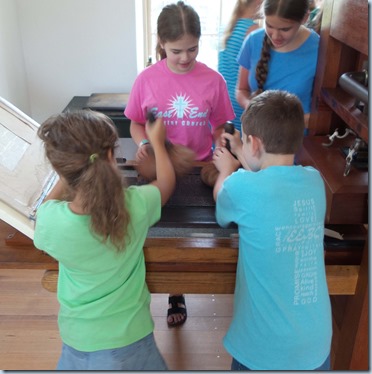 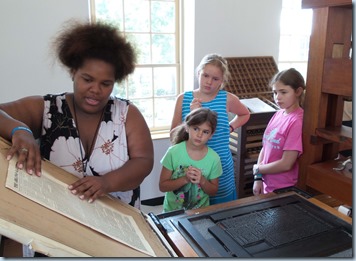 Angie rolling the paper into the press 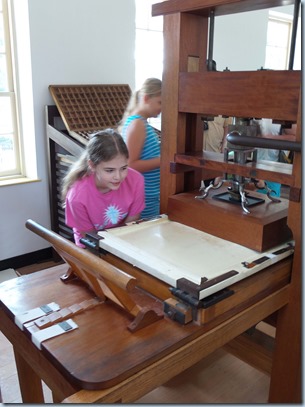 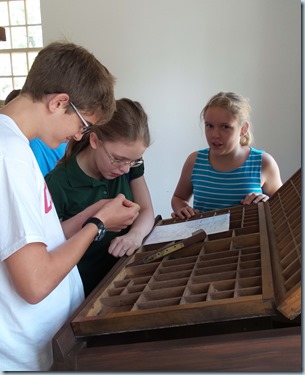 Benjamin noticed that the top tray was Greek and Hebrew – not quite his languages of preference!

Meanwhile, the goofy kids enjoyed a bit of a rest on a bed in the corner! 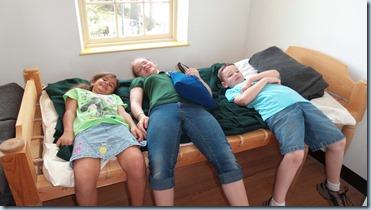 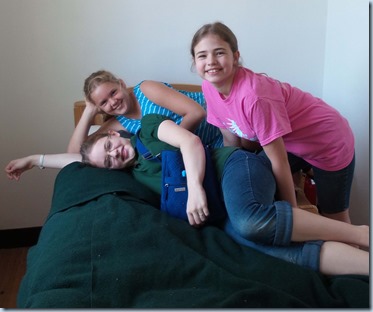 Of course, Angie’s favorite part was the reproduction of Arkansas’ first lending library – just a column of shelving in the print house. 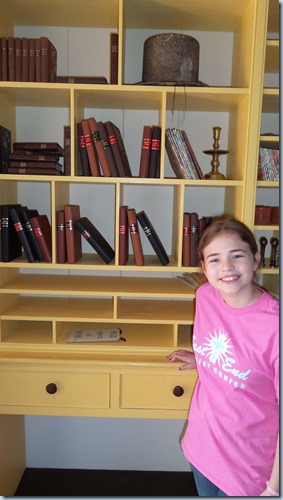 When the tour was over, we stepped back inside to cool off and enjoy some visiting and play before finding our picnic spot. After a quick perusal of the Native American exhibit, we headed back the children’s area where the kids played Arkansas Twister and were their general silly selves, while Joanna and I sat on the floor and enjoyed one another’s company. 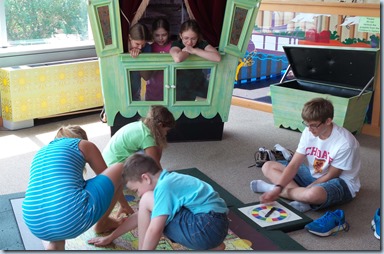 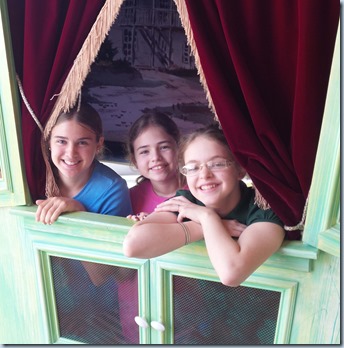 These kids love squeezing into tight spaces together to see if they can all fit! I count seven smiling faces! 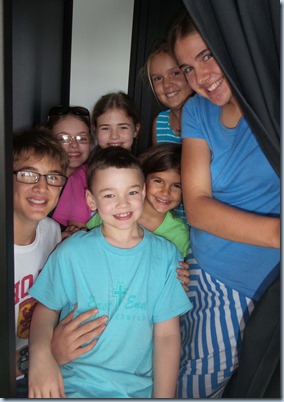 Finally, we headed back downstairs to peruse the gift shop. 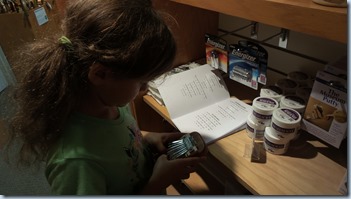 The museum folks kindly unlocked the door to let us back outside for a picnic under the trees. The day was shaping up to be a hot one, but the Lord blessed us with low humidity and a wonderful breeze, making our lunch spot absolutely perfect! 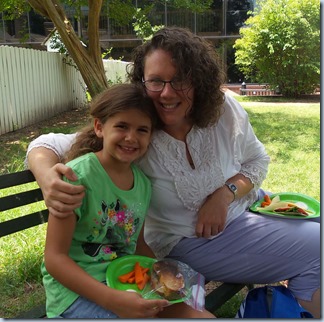 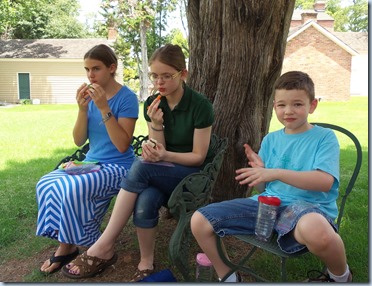 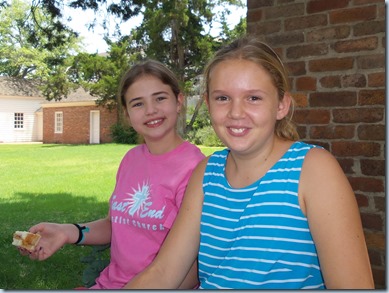 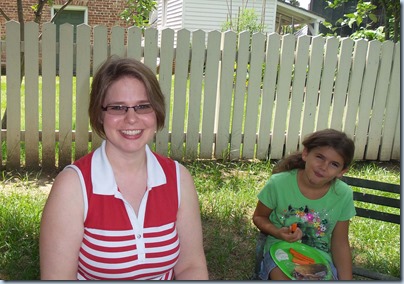 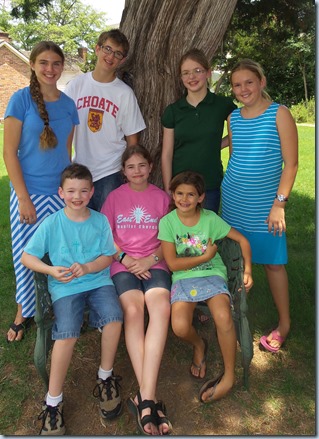 We never want to say goodbye to this sweet family. But at least for the time being, goodbye only means “until the next field trip,” instead of “until you’re in the country again.” We’re going to absorb every moment of Choate time we can while they’re in Arkansas!

After all, who can resist friends you can be completely goofy with? 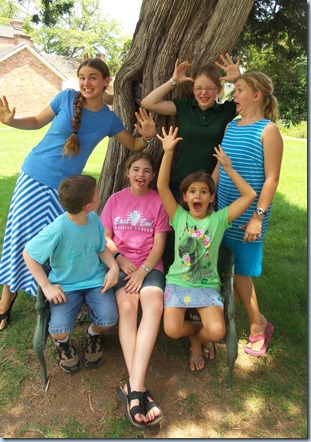