The other day, Steven came to get the Jenga blocks. Next thing I know, he’s calling me to his room to see the domino effect he’d created! Oh, how I wish I’d had my camera! It was really neat!

Then, he pulled out the dominoes to go with the blocks, and moved to the living room to create another display. He quickly learned the frustration that comes when you’ve made a great deal of progress, only for a domino to tip and set of a premature collapse.

Daddy to the rescue with some spare bookends, placed strategically along the path. Only one little section at a time could fall. 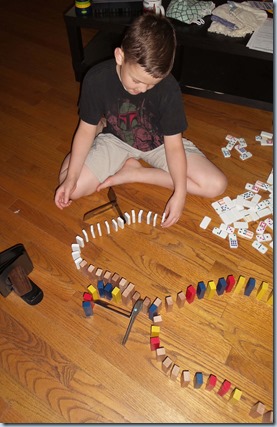 His final creation was a little hard to photograph because it wound under tables and around furniture. 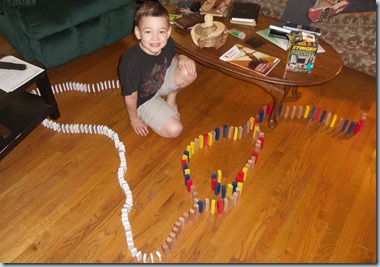 The tail end, though, was a pyramid – a bowling pin setup, actually. Had it worked properly, the whole thing would have ended with a delightful “strike”! 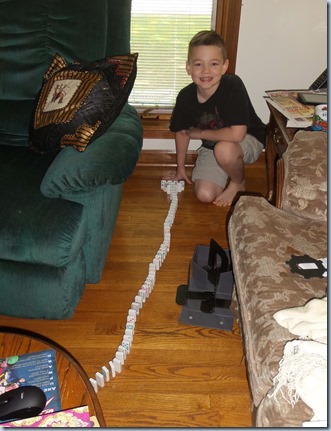 Unfortunately, he accidentally bumped it, and it went backward. Which means it didn’t work right. This time.

We’ll help him build another one. His creativity is fun!