Well, I got the birthday girl’s official birthday pictures up in decent time, but it has taken a little while longer to get back to posting our celebration.

Let me just put it this way: it was VERY low key! Per the birthday girl’s request.

About a month before the big day, we asked Olivia how she wanted to celebrate. At the time, we were in the middle of a very busy stretch, gone almost every day of the week. So, she requested a nice, quiet at-home birthday celebration.

We thought that would be perfect. Then, we started interacting more with the moving company and realized that they really didn’t want to have to pack our entire house for us. So, we started packing. Which meant that the house was pretty chaotic by the time her birthday rolled around.

So, we all decided that a bit of time AWAY from the chaos might be the better way to celebrate the birthday girl. No temptation at all to pack – just be together.

But first, snuggles and breakfast were required. Angie took delight in wishing Olivia a happy birthday by plopping down on her lap! (For the record, Angela is happiest when she’s sitting on top of someone. Olivia, on the other hand, is rather particular about her snuggle time and method!) These two really do love each other, even if their differences do make them clash at times! 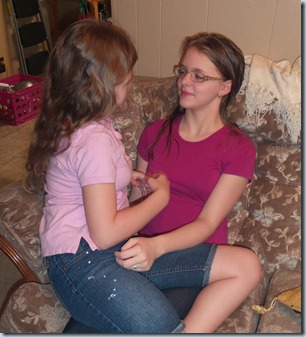 Snuggles were followed by a delicious breakfast of pancakes (complete with whip cream smiley faces) and bacon. Mmmmm… 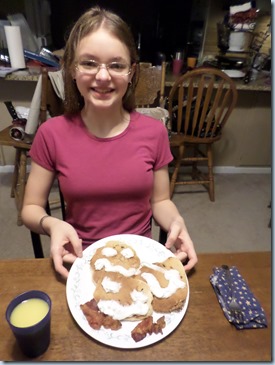 It was then decided that our destination would include birthday pictures, so Olivia changed clothes before returning for present time. 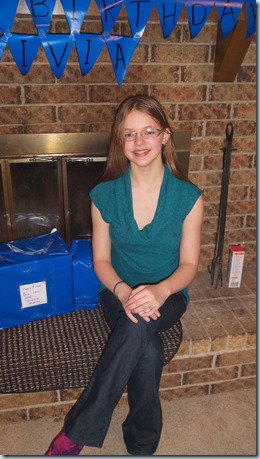 With help from Bunny, Bun-Bun, and Arwin, of course. 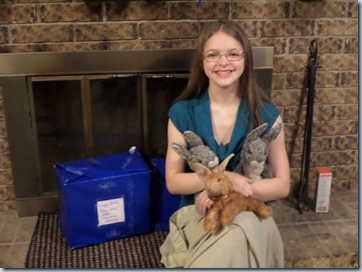 The big Swiss army knife was a hit! 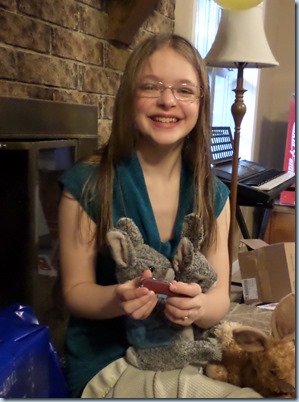 Of course, she needed a goofy gift and wanted a Doctor Who gift, so why not combine the two with this adorable stuffed Adipose? (And yes, for those of you wondering, it is actually named Adipose because it’s a fat blob. A cute little fat blob, too, don’t you think?) 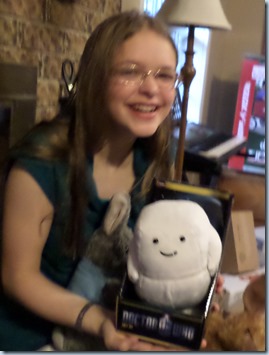 I’ve already mentioned Angie & Steven’s fish tank gift. Angie made a cute fishy note to put on the front. I love her creativity! 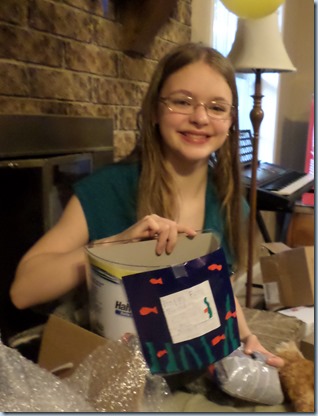 After breakfast, we loaded up and headed to Memphis to visit the brand new Bass Pro that was opened in the Pyramid. It definitely was elaborate! (This is just glimpses of part of it, looking from the second story in two directions down onto the main floor.) 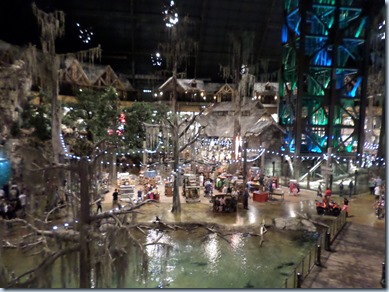 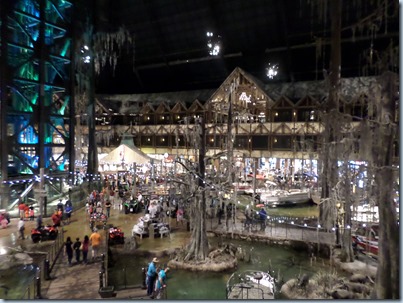 And a perfect place for those birthday pictures (in addition to a few other fun pics). 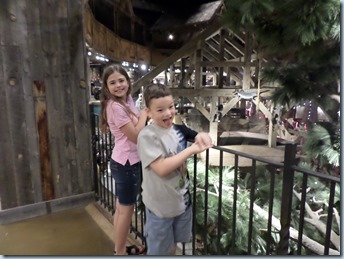 (Reading about the ducks we saw all the time in Almyra.) 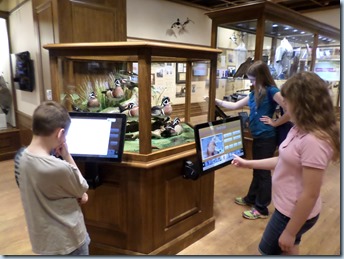 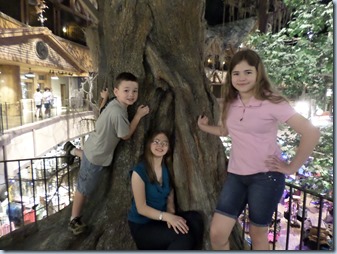 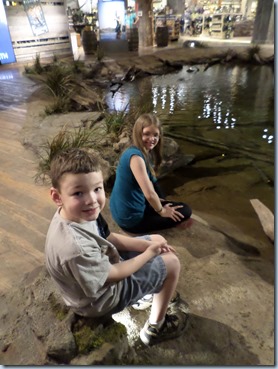 By the time all was said and done, Olivia could tell her baby brother needed some snuggle time, too. So, while Angie & Doug headed off to seek some fudge (you know, to tide us over until we could get lunch!), Livie crawled up behind Steven. They snuggled and enjoyed the small pond (this is not one of the ponds in the pictures above!). 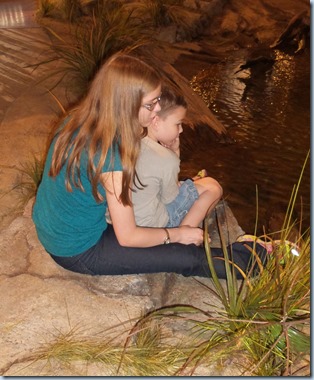 From there, we headed to Red Lobster for a birthday treat, then made our way back home. It was definitely a nice break from the chaos!

Joyce Cooper said…
I feel like I just had a visit with the family! You always seem to have so much fun and really seem to enjoy each other. You are so blessed!!!
June 18, 2015 at 7:12 AM