Skip to main content
Posted by The Hibbard Family October 21, 2008

Sometime last week Olivia and I finished Angela's Christmas present from Olivia. It's a Razorback towel wrap made from a big towel, a hand towel, and some felt. We were pretty excited with how it turned out, especially since we were being creative! We had a general pattern for such things, but none of them were Razorbacks, and that's what Olivia REALLY wanted to make for Angela. I was hoping the ears would stick up a little more, but I think it's going to be fine. Olivia was happy with the outcome and I think Angie will be, too, so that's what matters! Here's Olivia modeling it before we put it away with the Christmas stuff. 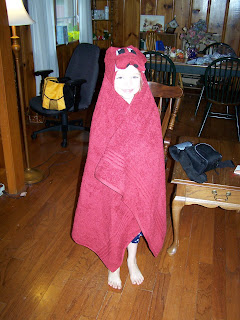 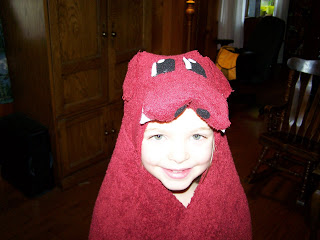