Skip to main content
Labels
Posted by The Hibbard Family May 19, 2009

Family Missions Day at the Zoo

Saturday was Family Missions Day at the Little Rock Zoo. What does that mean? Well, different missions organizations, both local and international, set up booths at the zoo to talk about what they do. We'd been praying for several weeks for pretty weather, and God gave us the perfect day! We had solid cloud cover until close to the end of our trip, but it only started sprinkling once - right about the time we were headed under the pavilion to visit all the booths. It was also a perfect temperature, even a bit chilly at times! The perfect weather for a fun, full day.

As we were getting ready to head in we were handed bags with "passports" in them for the kids to have stamped at each booth they visited. That way they had a written reminder of what they learned. 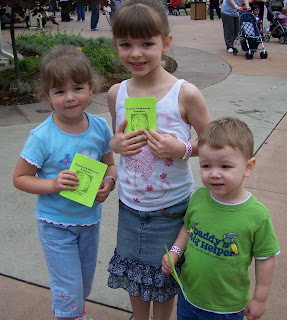 They learned about Hungary. When the lady who was talking about Hungary asked if they knew where it was, they piped up and said, "It's in Southern Europe!" (Yay for geography songs!) 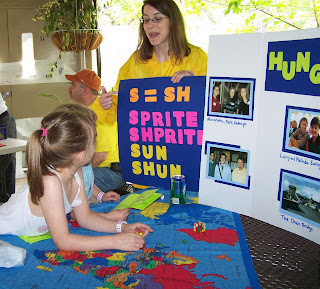 Steven was pretty excited about getting his passport stamped, and very boldly went by himself to ask for his stamp. I am very proud of the way he's coming out of his anti-social shell...but more on that in the next post. 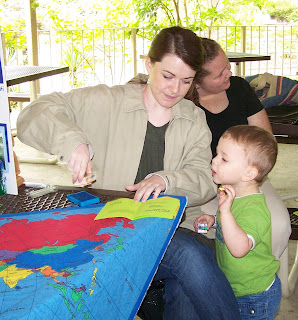 They also learned a bit about Thailand. 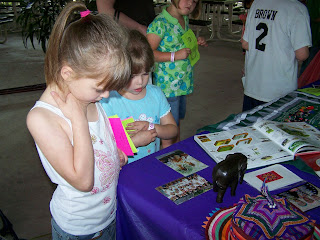 Each family was asked to bring a stuffed animal to the zoo to donate for a child at one of Arkansas' several children's homes or emergency receiving shelters. Most of you who know Olivia know that Bunny has been a mainstay in our family since before she was a year old. What she doesn't know is that she has actually loved on three bunnies! We had a fourth bunny that was still brand new. So, we pulled it out and asked the girls if they wanted to donate "Bunny's brother." Of course, they were exceedingly thrilled about that idea and were very excited about the thought of someone else being able to love on a bunny as much as our Bunny had been loved on! 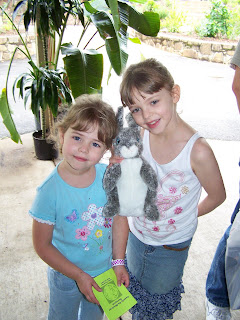 They had the chance to make a craft as they learned about Brazil. 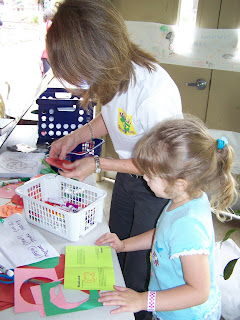 And they enjoyed visiting with a couple who ministers to cowboys in Arkansas. 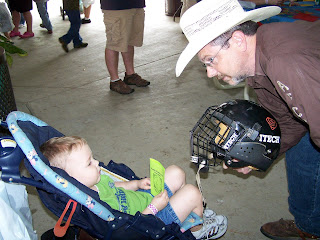 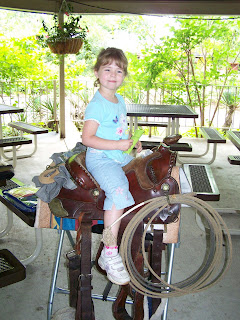 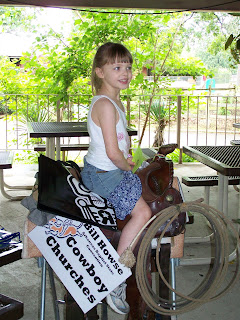 They also had the chance to write a short letter to an MK who they also committed to pray for.

Of course, we also had a lot of animals to see! It was fun to see a few things that the Memphis zoo didn't have. One was a Solomon Islands Skink! That was exciting, knowing that our dear friends the Choates probably have seen a few of these! :-) The skink itself was hiding in a log and wasn't visible enough for a picture (although we were able to see it), but we did get a picture of the label. 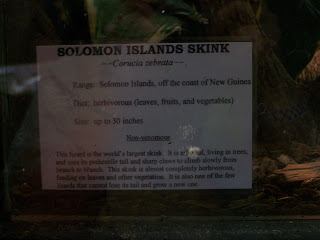 Being back in Arkansas is always a pleasure, especially when there are Razorbacks around for a photo shoot! Woo Pig Souieee! 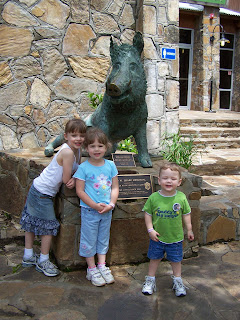 The kids were delighted to see the ENORMOUS turtle! I thought he was pretty neat, too! 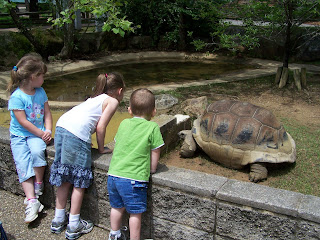 And, of course, we loved the alligators. We even got to be there to watch their feeding. We all agreed that we wouldn't hold food out to an alligator and call him to come to us, but that's probably why we don't get jobs working with the alligators at the zoo. 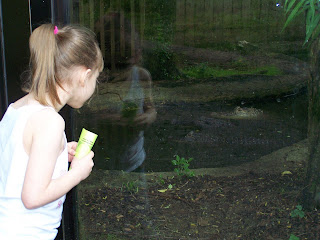 I was fascinated with the bold colors of these poison dart frogs. They were beautiful! There were a couple of other colors that were just as bold. 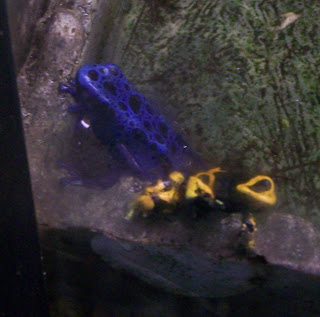 We ended our visit with the Winged Wonders Bird Show. It was really a treat. Doug participated by demonstrating the recylcing abilities of this raven. Yes, the raven flew to Doug, picked up the can, and took it to a recycling bin. We saw quite a few fascinating and beautiful birds, including a bald eagle! 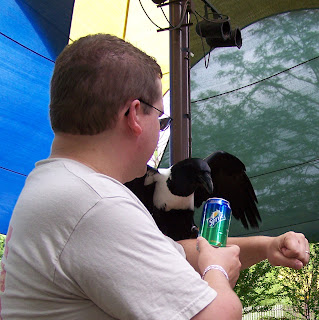 We were pretty tired after nearly six hours at the zoo, but it was worth it. It was quite an enjoyable outing for the family!