You've seen the beauty of the snow we had - now I can share how we messed it all up!  :-)  We had so much fun playing the two days we were in Judsonia.  It was perfect snow!  The kind we rarely get - nice and powdery, but sticky enough for snowmen and snowballs. 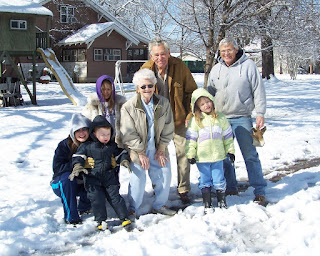 Everyone got all bundled up.  Dad found this snowsuit from when we were kids.  Steven wasn't too sure of it at first, but between the snowsuit and the snow boots Grandma went and got for him, he didn't feel the cold at all! 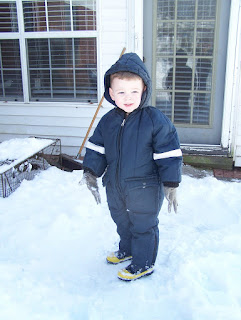 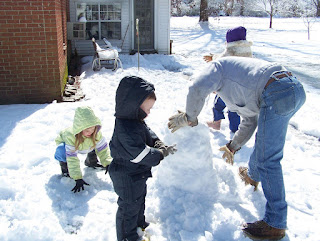 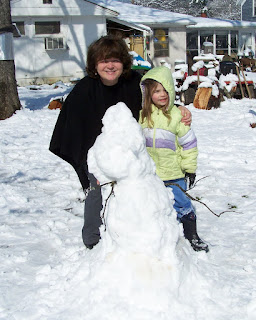 He also pulled huge icicles off the roof for them! 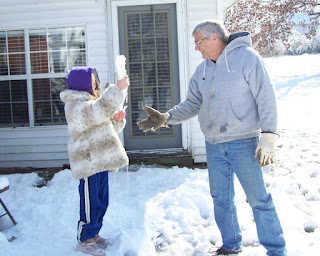 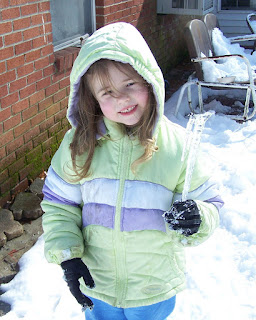 Two afternoons of playing in the snow made for good eaters - and tired kiddos!  By the second night, Steven was ready for an early bedtime, and Angela was content to stretch out on the floor and watch the Razorbacks beat LSU! 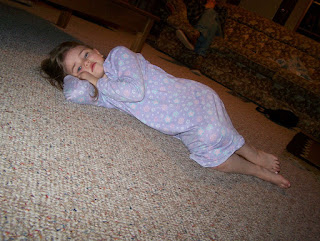 We headed home on Thursday, anticipating the second front coming through that just might drop some of its wintry precipitation a little further south.  Sure enough, it started snowing late Thursday afternoon.  We didn't get more than about an inch, so it wasn't enough to do much playing in.  But, it was still that beautiful powdery snow that we almost never see in Arkansas - even when we do actually get snow!
So, we all bundled up again... 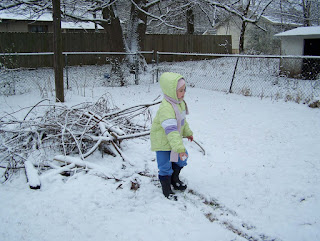 and headed out to enjoy a little Monticello snow! 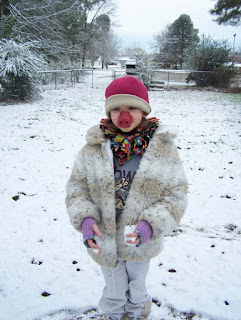 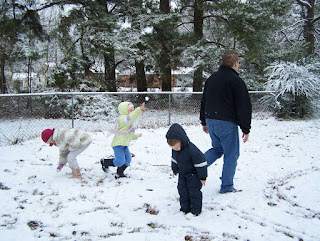 We've had a few more flurries - even a nice dusting on Sunday night.  It's been fun to actually have real snow, even here in the south!