I've mentioned quiche a couple of times in posts this week, so I thought I'd go ahead and share that recipe.  Quiche is a huge favorite in our house.  Angie has requested it as her birthday dinner for the past three years.  This week I decided that she needed to learn how to make it.  So, here's the recipe for the one we made this week and a few tips for adapting it. 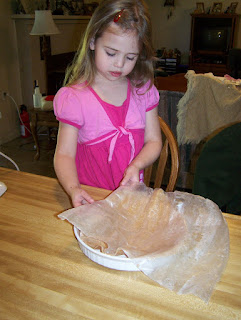 Use a fork to score the crust. 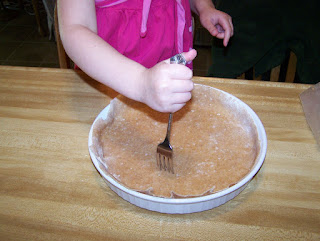 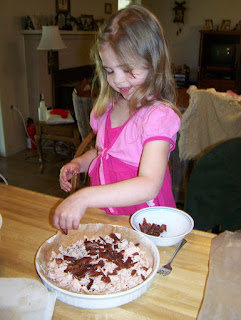 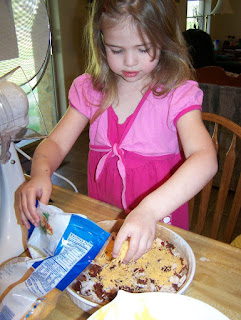 Combine cream, soup, and eggs in medium mixing bowl and blend well.
The blending can be done by hand, but we like to use a mixer or immersion blender to get the creamiest blend (Angie loved the blender!). 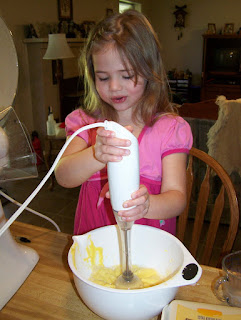 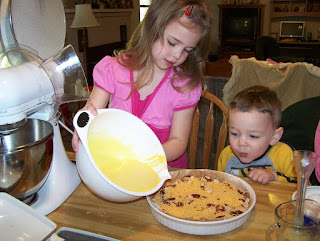 Bake at 350 degrees for 50-55 minutes or until top is golden brown and eggs are cooked through.  (We were so excited to get our to the table that I forgot to take a "completed" picture, but it's pretty easy to determine doneness on a quiche.)
Adaptations & Suggestions: