Our Upward Basketball season ended this Monday night with our final awards ceremony.

Here are the Rockets!  This is the team I coached with the wonderful assistance of my amazing hubby.  Isn’t it a good looking team? 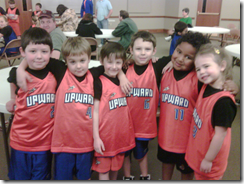 And, not to be biased or anything, but here are my favorite players ready to play! 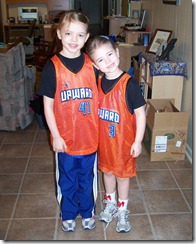 I got a lot more shots of Liv’s team (the Spurs) than my own – maybe because I was free to take pictures instead of having to actually coach!  Here’s part of her team. 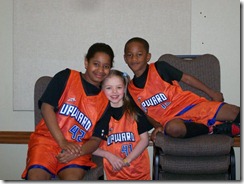 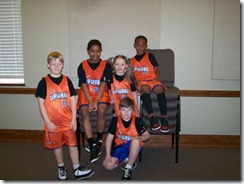 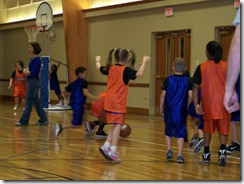 And then there was poor little Steven.  He was too young to play on a team, but he was such an incredibly good boy!!  Here he was patiently watching us – I think this was at a practice. 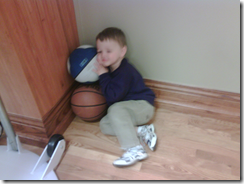 We are glad it’s over, but we did have fun.  Angela wants to be a cheerleader next year, but Olivia just might want to play again.  She had an awesome coach who really, really worked with her this season!  We are so thankful for him!  Olivia learned a lot.

I hope that my team learned even half as much as Olivia did!