Friday afternoon there was a comment on Facebook stating that the North Little Rock community band was scheduled to play one of their free summer concerts that evening.  We had been saying for a while that we'd love to go to one of their summer concerts.  We looked at the clock and realized that if we could get on the road within 20 minutes, we could make the concert.  It's hard to be spontaneous with little kids, but our kids are getting to the age that spontaneity is getting easier and easier.  Still hopping in the van for an hour and 45 minute drive to hear a community band concert?  Yeah!  Let's do it!   Yes, we're crazy.  And, yes, it was lots of fun! 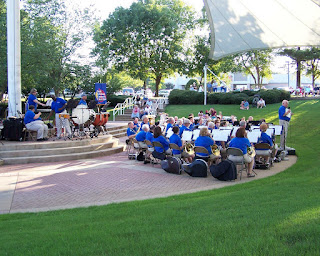 We arrived to a fun surprise.  Doug's sister had seen Doug's statement on Facebook that we were heading up to the concert.  They were intending to drive up from Hot Springs to run some errands on Saturday anyway, so they decided to bump their trip up to Friday evening and meet us there.  The cousins were delighted! 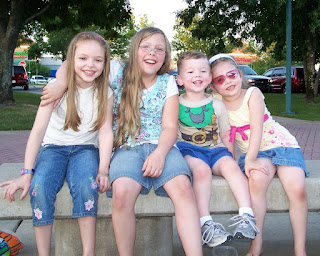 We sprawled out on the awesome grass and enjoyed the concert. 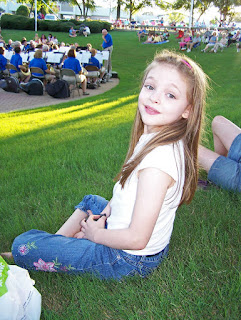 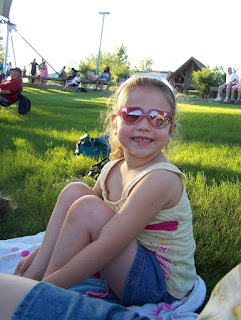 I tried to get some video of Steven bouncing to the music while he sat mesmerized (at least at the beginning), but he stopped bouncing every time I started the video.  He was listening intently, though, and really getting into it!  Then he decided to enjoy the second half of the concert running back and forth behind us. 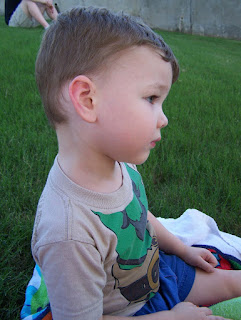 After the concert we headed over to say hi to the band director.  He had been Doug and Stephannie's school band director, and both of them had also been part of the community band for a time.  While they were waiting to talk to him, a couple of the band members graciously showed the kids their flutes and piccolos, even letting them hold the instruments!  This made the kids' day! 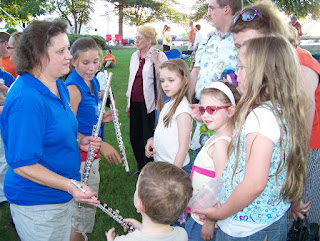 Once the people cleared out, the kids started running around barefoot in the lush grass and then decided that running just wasn't enough.  Thus began the rolling... 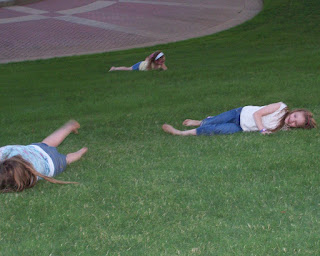 (Of course, the adults couldn't help but yell, "Aaaaaas yooooou wiiiiiish!" as the kids rolled.)

Doug and I were quickly reminded both on the drive home Friday night and as we dragged ourselves out of bed Saturday morning that we just don't do late nights so well anymore.  But, I must say the spontaneity and the late night were both well worth it.  Definitely a fun evening had by all!
Email Post
Labels: Hibbards Ext Outtings and Trips

Fun times like these, the kids will remember :D