Skip to main content
Posted by The Hibbard Family March 25, 2008 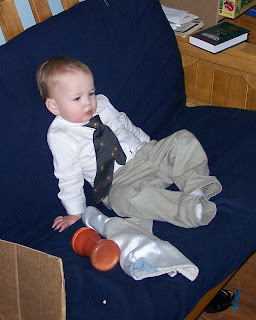 As you could see in the Easter pictures from Sunday, Steven got to wear a cute little bear tie that Mom had passed down to us from when my brothers were little. I wasn't too sure if he'd wear the tie, but as soon as he saw the bears, he was hooked! In fact, Sunday morning I was planning to hold off until picture-time to even put it on him, but he was so excited about it that I had to put it on him as soon as he saw it!

He got up from his nap and immediately wanted his bear tie back on! He went out to the playroom to watch the Veggie Easter movie, and this is how Doug found him a few minutes later. Doug says he just needed a briefcase and sport coat tossed on the couch beside him, and he'd be an executive relaxing after a tough day at work! 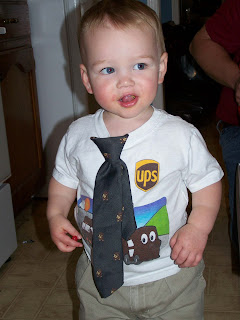 At dinner Steven got something on his white shirt, so I went to take it off of him. He was so upset that I had to take off his tie! So, I told him we could put it on his new shirt. What do you think of this look! :-)


Last Saturday we met Doug's parents, sister, and niece in Leland, MS. Last time we went to Monroe to visit, we went a different route that cut off a lot of time and took us right through Leland, which just so happens to be the birthplace of Jim Henson and his famous muppet Kermit the Frog. There was a nice little museum, and it was decided that it would be a great meeting place for our next family rendezvous. 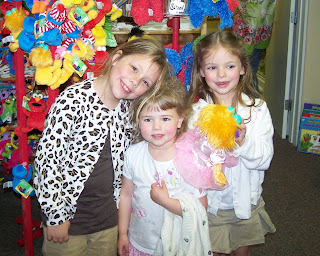 Morgan, Angie & Livie at the museum. 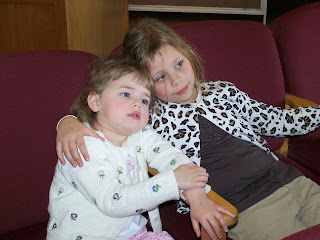 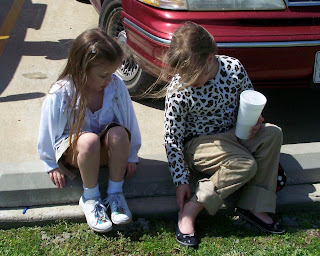 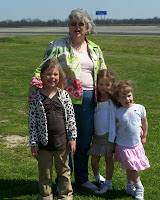 As you can tell, the cousins had a great time visiting with each other again, and enjoyed seeing Grandma and PopPop, too. I don't think the kids really care where we go, as long as we get to spend time visiting!

But, since we were visiting the birthplace of Kermit the Frog, we had to get
in a 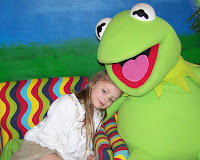 few Kermit snuggles in between those visits! 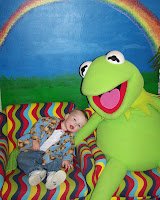 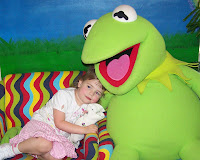