As I was looking over the blog this afternoon, I realized that it's been about three weeks since I've posted pictures of the kids! Wow! Then I looked on my camera and realized that might be related to the fact that I've barely taken any pictures in the past three weeks. Oops! Here are a few that I have taken (most of them today!), just kind of randomly inserted.

This is Steven and his "big hooge microphone!" I tried to get him to sing a song on video, but he wouldn't do it. His current new favorite song is "Victory in Jesus." Earlier today he had a couple of tinker toy sticks and was using them to drum on the arm of the recliner while singing "Victory in Jesus." Once again, all requests for video performances were denied. 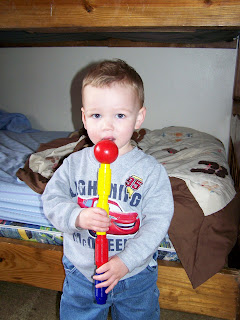 We have watched movies so rarely lately, but it was so rainy, gloomy, and cold today that I turned one on. Here was Steven's pose of choice. 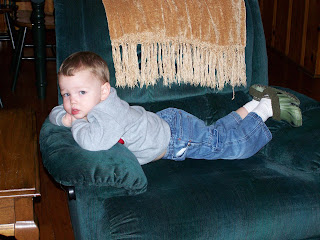 Olivia had been asking me for some time to make her a bonnet to go with the "Laura Ingalls" dress-up outfit she got for Christmas. I finally had the chance to work on that this week and finished the last few hand stitches as she read to me yesterday. She was very excited and wore it all afternoon! 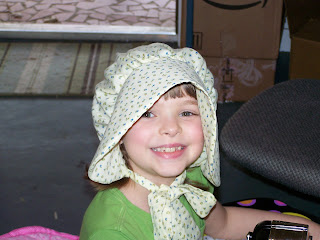 Aside from being outside, this is a frequent pose for Steven and Angela, especially while Olivia is finishing school. Anytime Steven can talk someone into reading to him, he's pretty happy! It's nice that there are now four people in the family who can take turns doing it! 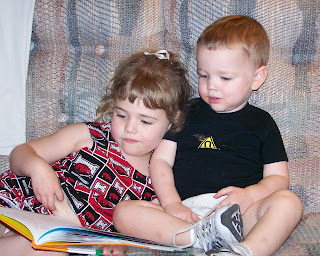 The other day the kids requested a living room picnic. It's a fun thing every now and then! 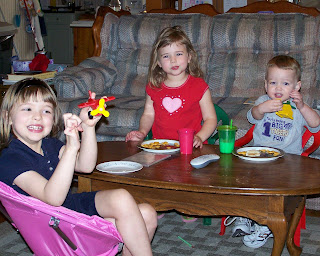 Finally, here is a video of Angela reading. It's not super-clear because she was reading quietly and not enunciating well (we're working on that), but she was reading in her "princess" accent. I was trying so hard to get it on video to share it with you. She is so prissy! Hope you can catch at least a few words.