Skip to main content
Posted by The Hibbard Family September 06, 2008

I had some precious pictures from the other day ready to upload, but then this afternoon Steven and I were able to go back there, divide the kittens up into girls and boys, and get even better pictures.

Smokey moved the kittens early this morning from the closet to a little niche between my nightstand and the wall. It seemed to be an acceptable spot, so we just left them. Steven and I had fun playing with them a bit. Isn't he sweet and gentle with them? He's still learning, but he does so well. I'm so proud of him! 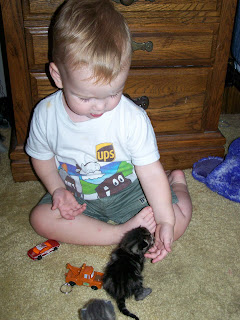 Here are the girls...we thought at first that the white one was a boy and these two dark ones were the only girls, but I will be the first to admit that I am very inexperienced at determining kitty gender! I'm pretty sure at this point, though, that these are the girls of the bunch. 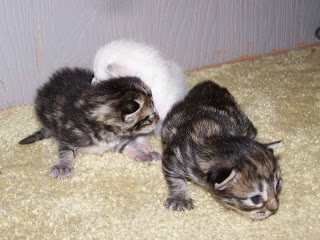 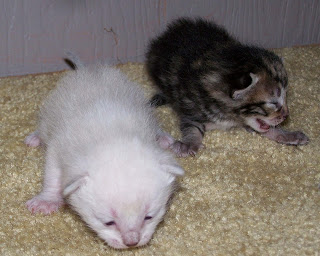 And here are the boys! As you can see, their eyes are mostly open. There are a couple with eyes either partially open or with one eye open and one eye still trying to get there. But, for the most part, they have open eyes. They're so precious! 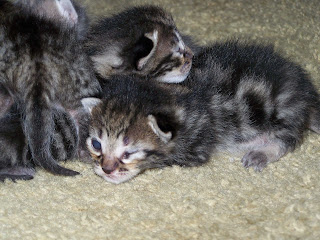 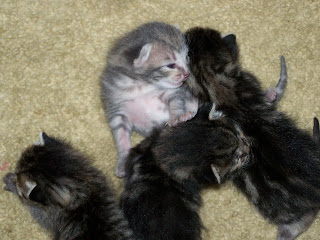 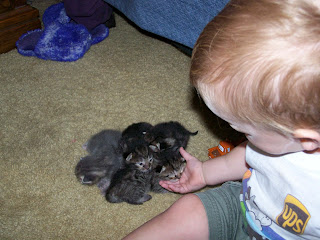