Skip to main content
Labels
Posted by The Hibbard Family May 14, 2011

I think something strange must be happening to me – six consecutive posts in one week? What is this world coming to?!

Last weekend we had planned to spend Saturday at the annual Territorial Fair sponsored by the Historic Arkansas Museum in Little Rock. But then we found out that there was a North Little Rock community band concert on Friday night, and my mom was going to be there! (She plans to play with them when she returns to the States permanently in the fall, so she wanted to hear them play.) So…thanks to a free hotel stay coupon and a little plan finagling, we managed to hit both events and see my mom! Double score!

Getting there, though, did have the threat of detour. Several stretches of road looked like this… 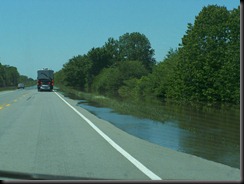 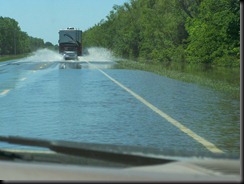 The road was not actually closed because the water was not flowing across it, just covering it. So it was navigable with the use of much caution. Not super fun, but doable.

We made it to Little Rock, went shoe shopping for the girls (remember those sandals that fit early in the spring? Yep – they’ve been outgrown now). Then after supper we met Mom and my brother Tim a little before concert time. 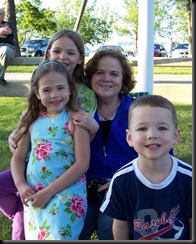 The kids were delighted to see Nanny! And, Olivia planted herself in Mom’s lap through the whole concert. 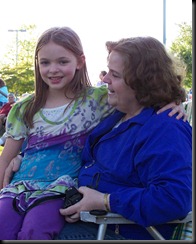 Angie latched on to Uncle Tim… 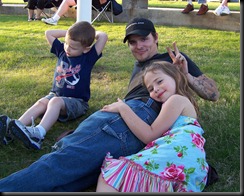 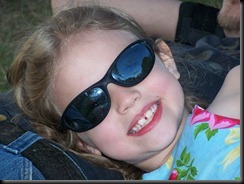 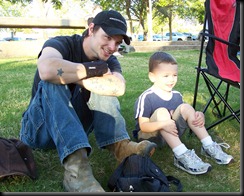 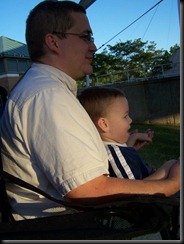 running around in circles, and stretched out on the blanket claiming to be sleepy (since he refused to take a nap in the car like we asked him to!). 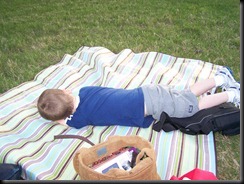 Good concert, great company, and lots of fun! We left there and headed to the hotel to get rested up for the fair. I’ll share that adventure next week!